They ignite children's imaginations – and store their toys. 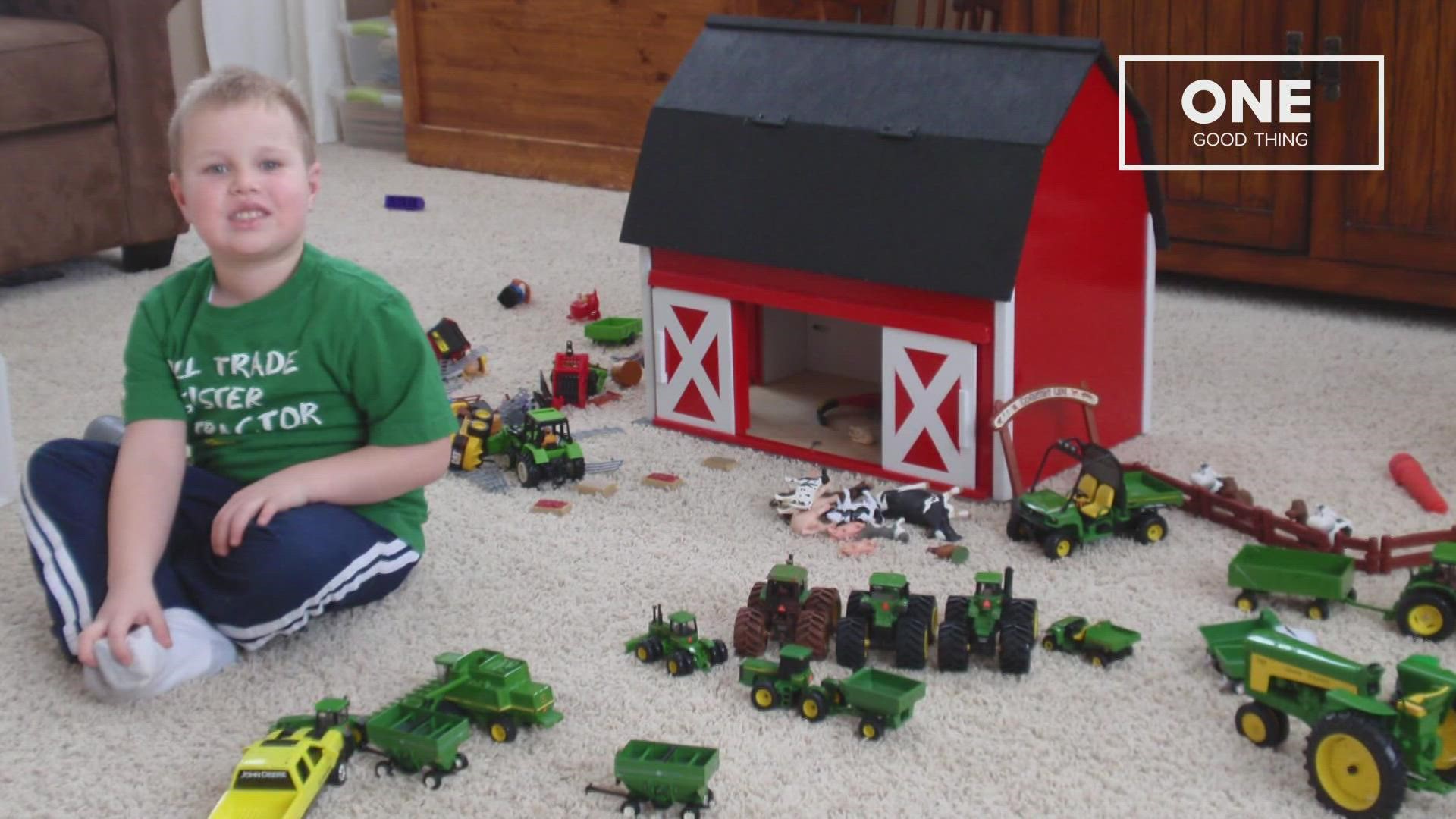 GRAND RAPIDS, Mich. — Time for One Good Thing -- someone or something that makes West Michigan a good place to live.

They once dotted the American landscape like white pines in the UP, or breweries in Grand Rapids. Now, their imagery evokes a part of our past. But what was once old is now - literally - made new again in one man's West Michigan workshop.

The doors work. So do the lids.

Just like the barns in the American history books.

"Everybody had a barn, big old hip roof barns. Animals on the bottom, hay in the top," Duane says.

He grew up on a farm just like that about five miles north of Marne. He says it's been in the family over 100 years.

"Those barns are gone. Now they're all falling apart and turning to dust and it's part of America that's just going away."

But Duane is bringing them back, in an ever so small, yet meaningful way.

What's going on is a revival of the structures that, at full size, held animals and vehicles. And, at this size, hold sort of the same things.

"Oh, it's a toy box. Their tractors and their animals and their cars and whatever it is they choose to put in there. And of course, the parents love it because it cleans up those Legos off the floor."

Duane - who's nearly two decades retired now - made one for his grandson about 10 years ago. Word got out, and he started getting some requests. Which he happily started fulfilling, requesting just one thing in return.

"All I ask is that I have a picture of the kid with their barn. I wouldn't charge anything because nobody could afford all the time I put into them. "

He makes them in small batches - a few every few months, complete with the child's family name.

"Which gives it some identity for the child and hopefully can be passed down."

So from his basement workshop, with frequent guests just outside his window, this grandfather who's now affectionately known to many as Uncle Duane, hones his woodworking skills reconstructing a piece of our past, for the leaders of tomorrow who won't find these in any stores of today.

"That's why I thought a piece of Americana would be a great thing to do."

One Good Thing to Duane Kluting of Grand Rapids.

If you have a One Good Thing you'd like to submit - someone or something that makes West Michigan a good place to live - email me with your photos and/or video at OneGoodThing@13OnYourSide.com.