Youth prevention advocate Katey McPherson says it's not a matter of if your child will receive an explicit message, it's when. 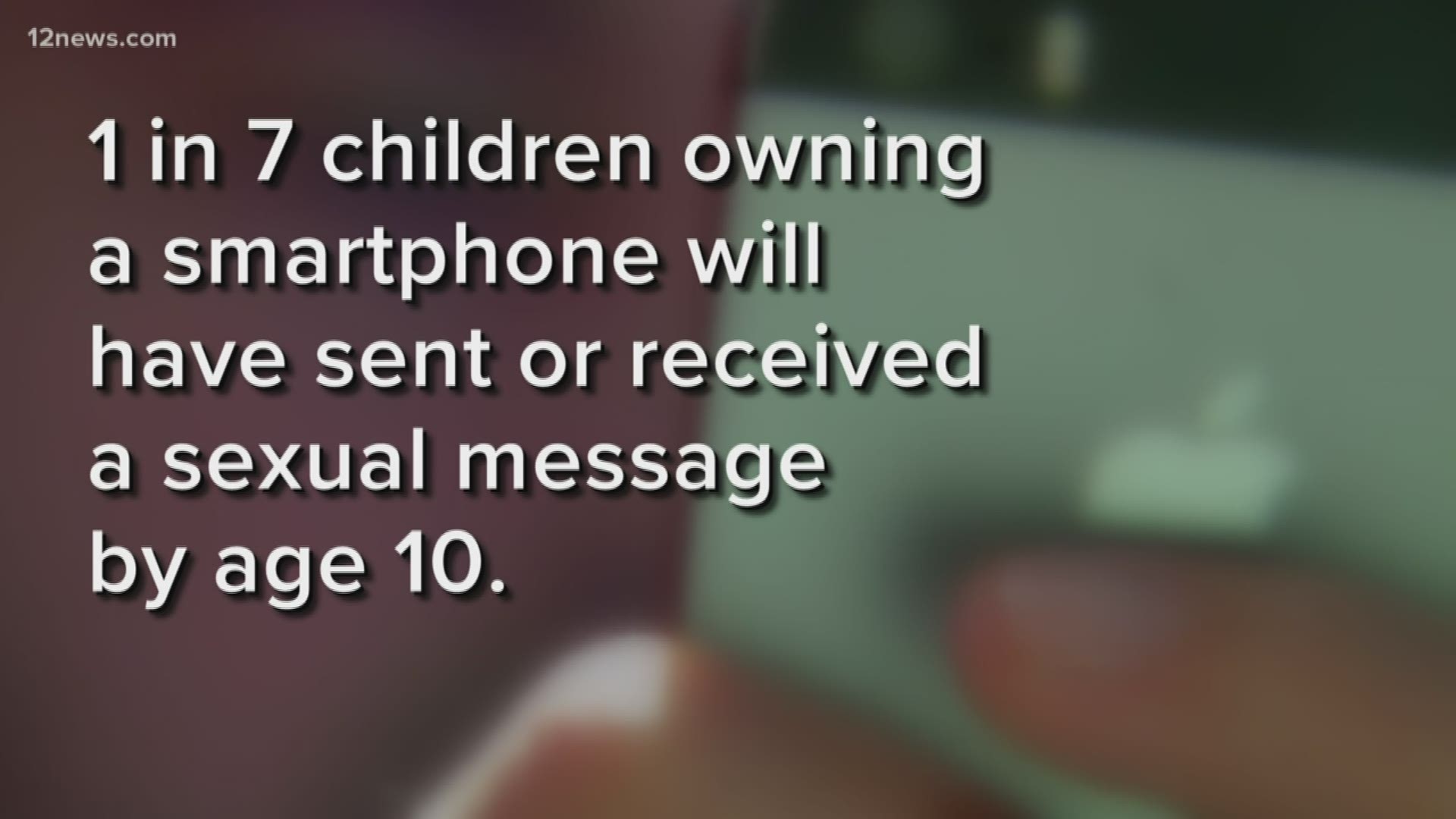 PHOENIX — Parents – if your child has a smartphone or you plan to give one as a gift this holiday season, you'll want to pay attention to this.

A new report from parenting app Jiminy, says 1 in 7 children who own a smartphone will have sent or received a sexual message by age 10 and almost 40% of children in their research had some experience with sexting by age 13.

McPherson is a former school administrator turned child advocate. She said she's seen first-hand that sexting can start as early as 8 years old when children are starting puberty.

"We're giving them a medium to explore their sexuality just like we did when we played spin the bottle," she said. "This is spin the bottle on steroids with 4 billion strangers."

RELATED: Tapping for trouble? 5 apps you should look for on your kids' phones

McPherson said it's not a matter of if your child will receive an explicit message, it's when.

And it's not just strangers you have to worry about.

The Jiminy report says that nearly 60% of all sexting is mutual, like classmate to classmate.

"I’ve had so many students really truly lose reputations, self-esteem," explained McPherson. "Their body has traveled around a high school in less than 30 seconds."

Plus, sending nude photos can be a crime in Arizona. Punishment depends on body parts exposed, consent and the ages involved.

"At the minimum, it’s a misdemeanor and a petty offense," said McPherson, adding that multiple offenses can turn into a juvenile felony charge.

McPherson said the best way to prevent a situation you'd want your family to avoid is to talk to your kids early on about their bodies and the dangers of sharing things over text and online.

"My rule is the rule of fives," she said. "Five years before your child is going to be exposed to something, that you’re talking to them about it at a developmentally appropriate level."

She also recommends parents use apps like Bark to keep an eye on their kids' devices. She also gave these websites for advice on talking to your kids:

"What is your first, second and third step?" she said. "They need that emotional blueprint to really know what to do next. They need to know they can come to us as adults and that we’re not going to freak out."

RELATED: Should you use GPS to track your children?