She was listed in the Icons category of the Time100, and given all that she has done in the past year alone, it's not hard to see why. 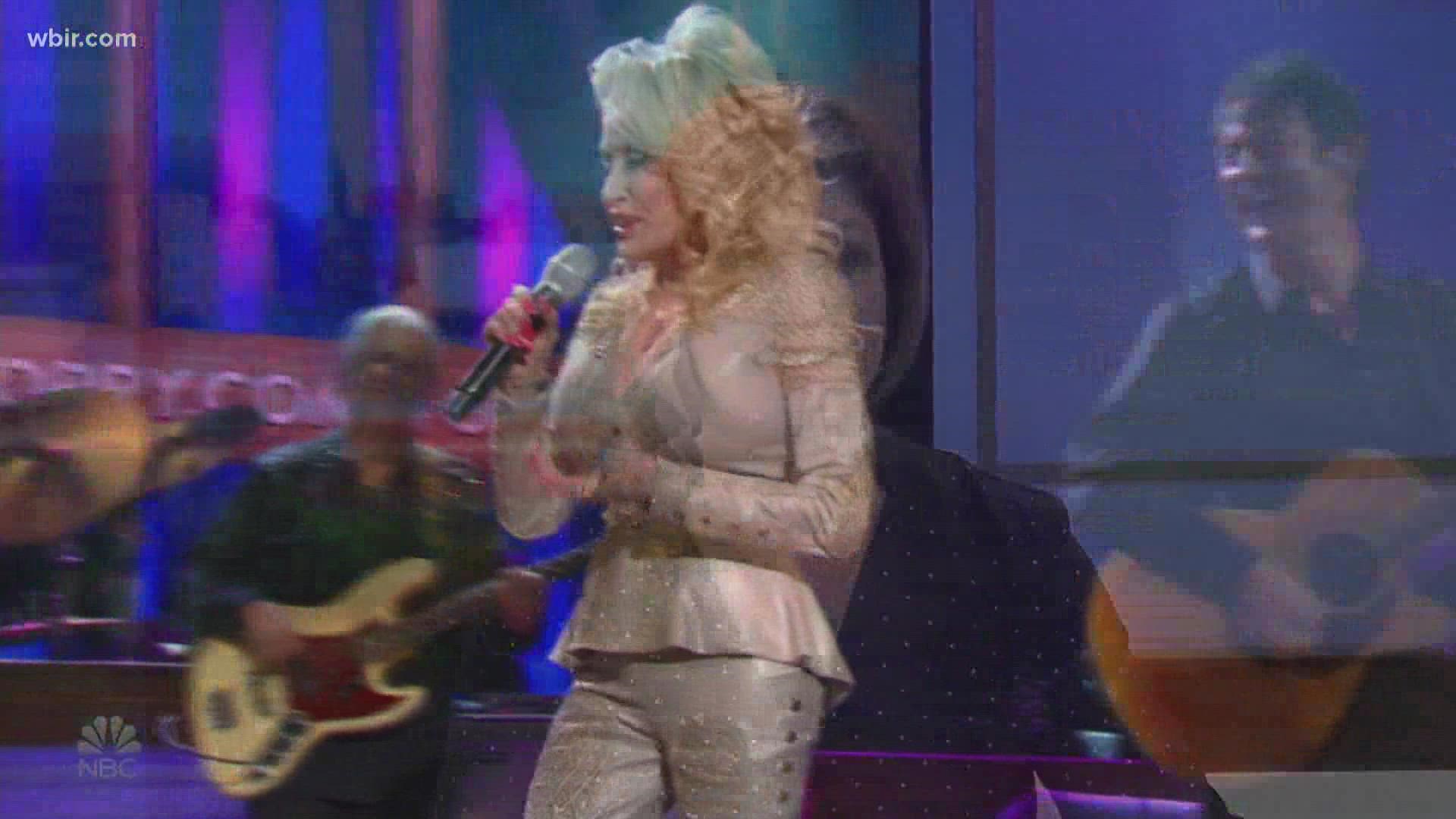 KNOXVILLE, Tenn. — The Smoky Mountain Songbird has yet another accolade to add to her iconic resume.

Dolly Parton was named to the 2021 TIME100 list of the most influential people.

Her goddaughter, Grammy-nominated musical artist Miley Cyrus, wrote a tribute to her, calling out her humanitarian work with the Imagination Library and her $1 million donation for the Moderna COVID-19 vaccine.

She was listed in the Icons category of the Time100, and given all that she has done in the past year alone, it's not hard to see why.

She won her first-ever Emmy for her Netflix original movie, Christmas on the Square.

She is writing her first novel in partnership with James Patterson.

RELATED: Dolly Parton is penning her first novel, and of course it's set in Tennessee!

She announced a new resort and lodge coming to Pigeon Forge, plus several new upgrades and attractions to Dollywood.

She received both doses of the COVID-19 vaccine that she helped fund.

RELATED: "A dose of her own medicine" | Dolly Parton receives second dose of COVID-19 vaccine after helping fund it

Tennessee government passed a bill to erect a statue of her on the state capitol grounds, which she turned down, saying "I don't think putting me on a pedestal is appropriate at this time."

RELATED: Dolly Parton: 'I don't think putting me on a pedestal is appropriate at this time'

She made her Super Bowl commercial debut with a new spin on 9 to 5.

She won her 14th Grammy.

She performed in the Macy's Thanksgiving Day Parade.

She released a book and movie during the pandemic.

She advocated for equality, breast cancer awareness and facing the challenges of a global pandemic through interviews and songs.

Needless to say, Dolly has been very busy.