Michigan treasure hunter digging up history across the state

James Stottlemyer is only 23 years old, but he's already uncovered centuries worth of historical artifacts. 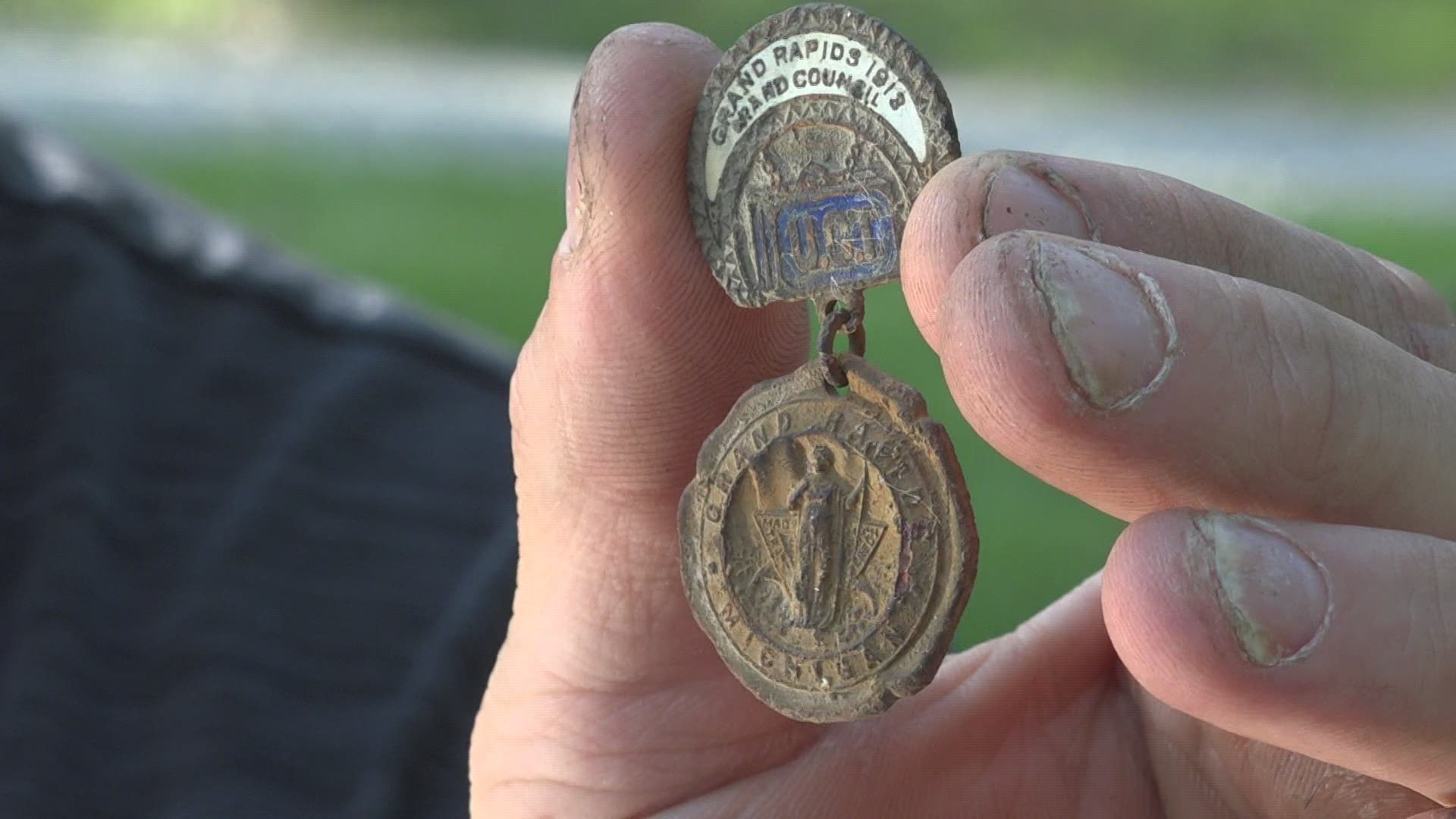 MICHIGAN, USA — For more than a decade, James Stottlemyer has had a hobby that's turned into a bit of an obsession, and it's giving him a unique look at our nation's history.

"My uncle had a metal detector and he let us borrow it. I was checking my backyard looking for artifacts and I started finding a lot of wheat pennies and I eventually found an Indian head penny and at the very end I found a ring from the Civilian Conservation Corps from the 1930s," he said.

Those finds were just the tip of the iceberg for Stottlemyer. He's found a number of items with origins in West Michigan, including a 1913 United Commercial Travelers pin from Grand Rapids, a lighter made in Kalamazoo, and a pin bearing the name of late N.H. Briggs from Battle Creek.

"He was actually a well-known lawyer from the 1800s. He was born in the 1840s and died in 1914 in the middle of the street of a heart attack in Battle Creek," Stottlemyer said, noting that the find had him stumped for a long time before he posted about it on a Michigan history Facebook group where he started getting leads.

In Grand Haven, Stottlemyer found a 1947 dime from back when dimes were made of silver, along with a buffalo nickel from 1915.

Michigan is renowned for its automotive manufacturing heritage and Stottlemyer has found relics from Buick, Studebaker, and the Ypsilanti branch of the AAA Michigan Detroit Auto Club.

He's also found historic beer bottles from long before Michigan became known as a state famous for its craft beer. One is from the LZ Forester Brewing Company which was around from 1893 to 1914. He says the blob-top beer bottle is one-of-a-kind.

But of all the relics he's found, Stottlemyer says if he had to pick one he thinks is the coolest, it would be one that was made long before Michigan even gained statehood.

"I would say that’s the coolest find, and having to do with the American Revolution, that’s a really big piece of American history right there."

We interviewed Stottlemyer on the east side of the state but he asked us not to reveal the exact location, because often times new diggers trash sites, and he says that anyone who takes up this hobby should keep some rules in mind.

"The number one thing is just to always ask for permission," he said.

"You can legally dig at most public parks. You’ve just got to look online to see if it’s legal or not and you’ve just got to be super careful filling in your holes. You’ve got to make sure all of your holes are filled in properly and no holes are left open. That really gives a hobbyist a bad name when you leave holes open."

Stottlemyer says when you find a relic, make sure you know what to do next before you take any further action.

"I think the one thing is just being really careful because you’ve got to think this is American history" he said.

If you want to see more of Stottlemyer's work, you can check out his Instagram page. He's also written articles published in American Digger Magazine. 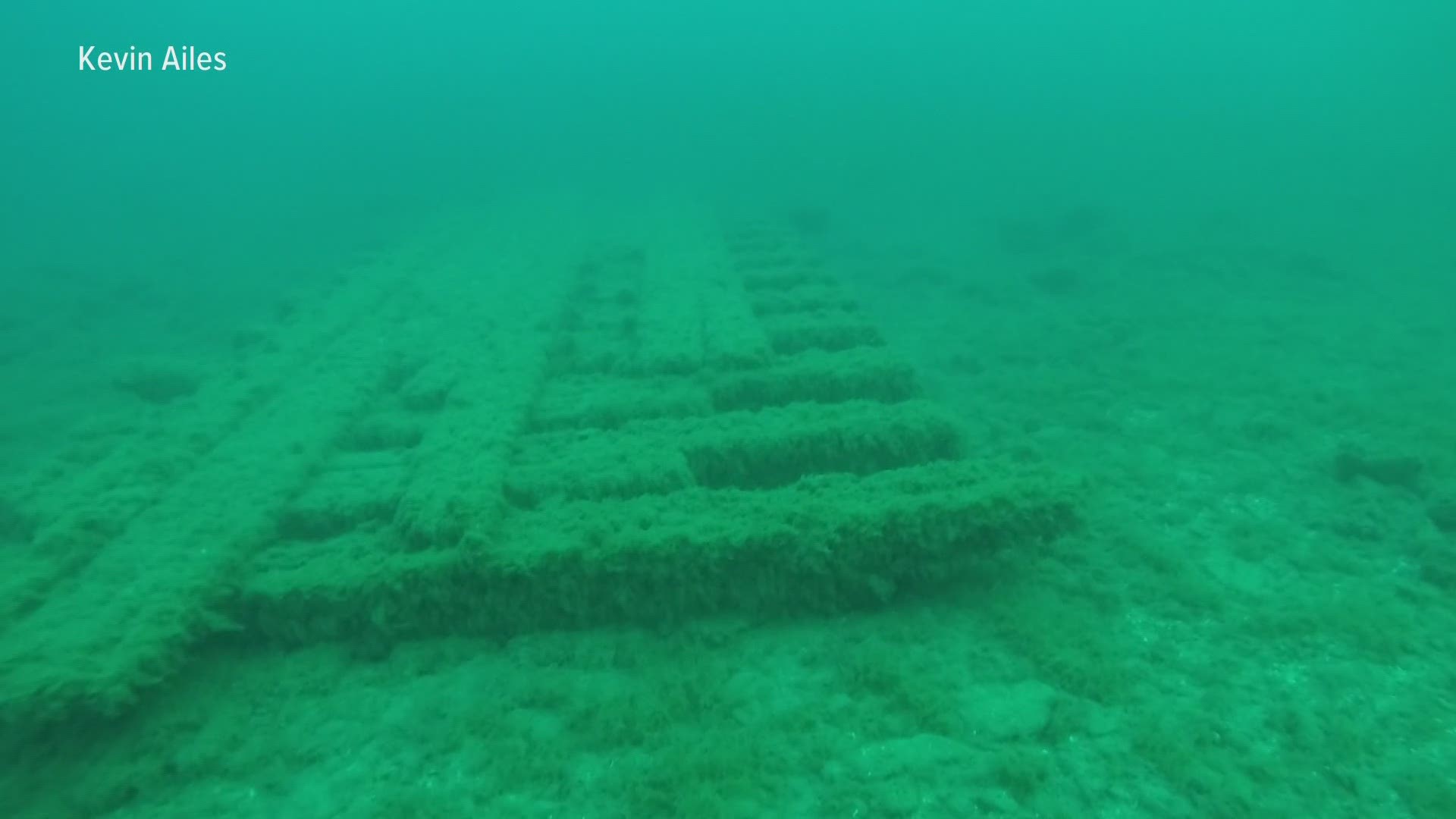