GRAND RAPIDS, Mich. — Authentic World War II artifacts aren't easy to come by these days, but the Grand Rapids Public Museum recently came into possession of a rare one they identified, which is allowing them to reunite it with a relative of the deceased soldier it once belonged to.

In 2015, a man living in Grand Rapids, Mich. reached out to the museum saying he had a bunch of wartime possessions that belonged to his father he'd like to donate.

"His father served as a United States Marine during World War II," said Alex Forist, Chief Curator of the Grand Rapids Public Museum. "The man found items that his father brought back from the Pacific: a World War II news reel, a map of Iwo Jima (an Island southeast of Japan) and a Japanese flag."

Forist said he'd never seen anything like the flag before and immediately determined that it was something the museum should add to its archives and research.

"Over the course of our research, what we discovered is that the flag is called a Yosegaki Hinmaru which, roughly translated, is a Good Luck Flag," said Forist. "It's something that Japanese soldiers would have carried with them into battle in World War II.

"It would have been signed by the young man's family members, teachers, people from their town or village where they came from, along with wishes for good luck with their safety."

Soon after gaining possession of the flag, Forist contacted the OBON SOCIETY which is a non-profit organization in Oregon, which dedicates its time and resources to making sure these flags are returned to family members in Japan of the deceased soldiers, should any still be alive.

"We don't know how to read Japanese," said Forist. "[OBON Society members] were able to translate the writings and figure out the soldier's name, where he was from and that he died on Iwo Jima in 1944.

"The soldier who owned this flag was Minoru Kawagoe." 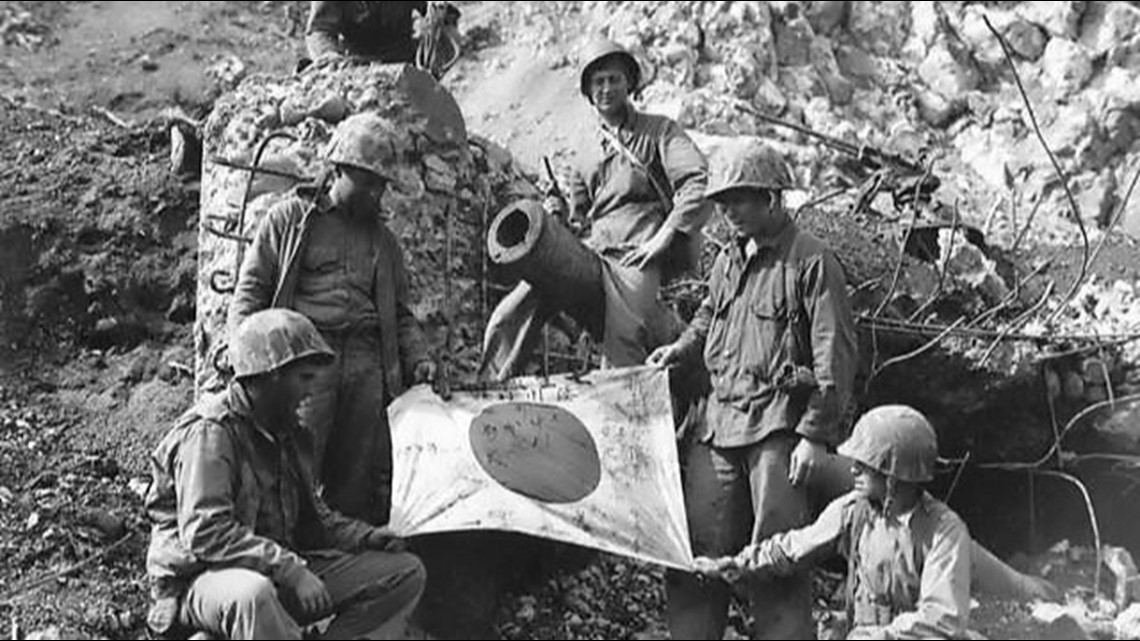 Japanese Good Luck Flags were considered trophies by American infantrymen. Whenever an American soldier killed a Japanese soldier in battle, he'd take this flag as a souvenir.

In September 2019, members of the OBON SOCIETY contacted Forist and said they had located and identified a living sister of Kawagoe and asked if the museum would be willing to deaccession flag.

"Our collections committee voted to approve the deaccession, so the flag will be shipped to Oregon this week," said Forist. "Thousands of Japanese soldiers are still considered missing in action so these flags are a substitute for human remains."

Forist says it's rewarding for the museum to be able to help in a process like this.

"Living family members of these soldiers are in their 80s and 90s, so time is really important when trying to return them," added Forist.

In recent years, the OBON SOCIETY has been able to reunite over 300 Good Luck Flags with family members and currently has 900 more under search.