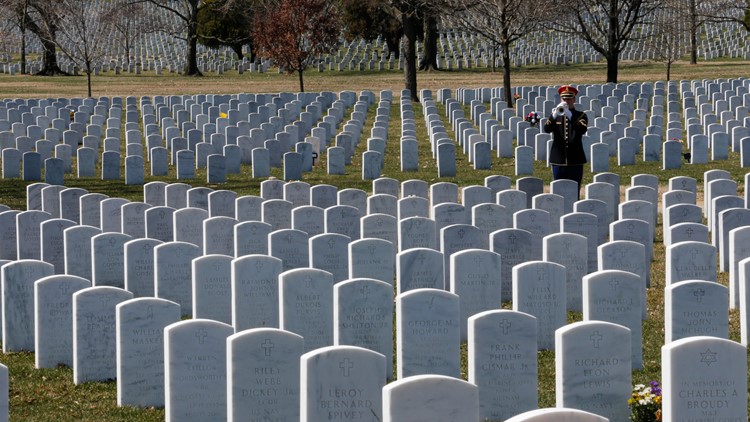 Photo by: AP
FILE - In this Thursday, March 28, 2019, file photo, a military bugler plays taps during a funeral at Arlington National Cemetery in Arlington, Va. The Army is proposing new rules that would significantly restrict eligibility for burial at Arlington National Cemetery in an effort to preserve a dwindling number of gravesites well into the future. (AP Photo/Steve Helber, File)

HAMTRAMCK, Mich. — The remains of a Michigan soldier who died in the Korean War have been identified 69 years after he went missing in action.

The 19-year-old Hamtramck man was reported missing in action on July 20, 1950, while defending Taejon, South Korea.

The Detroit Free Press reports that after the war, Shelemba's body was among the remains of American soldiers recovered from South Korean battlefields but they could not be identified at that time.

Shelemba will be buried at Arlington National Cemetery in Virginia.