A dog died after swimming in a Texas lake. Should Michigan pet owners be concerned?

Where does that blue-green algae come from, and can it form in Michigan lakes? 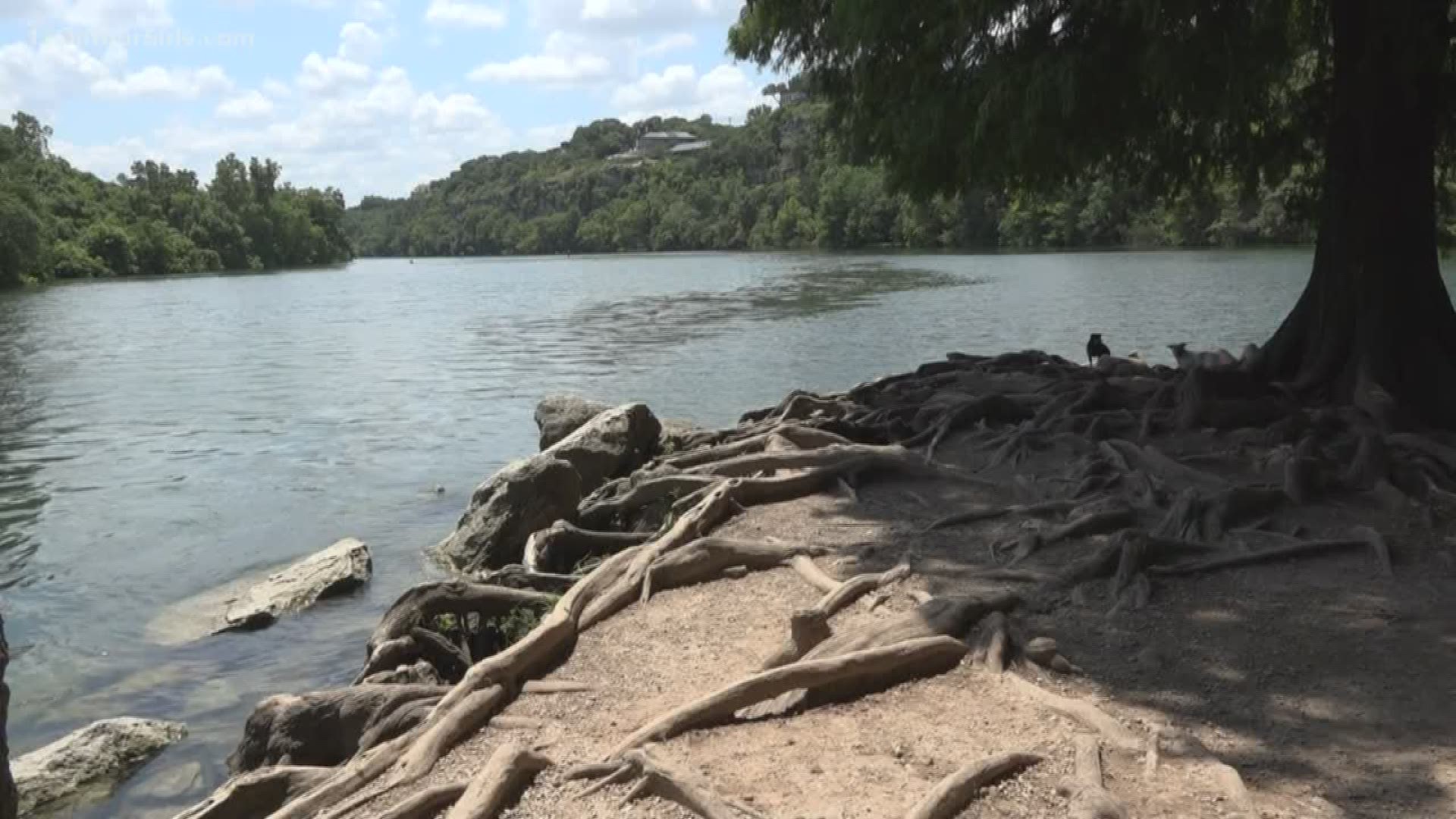 GRAND RAPIDS, Michigan — These are the "dog days of summer" and while it's a phrase we use, it also means a lot of dogs and their owners are headed to the lake to cool off.

That's what one woman in Austin, Texas was doing this week with her dog, Ollie.

According to KVUE in Austin, Brittany Stanton and Ollie were out kayaking on a lake, splashing around and soaking up the sun.

About 30 minutes later, Ollie started acting strangely. His limbs gave out, he started seizing, then he died in his owner's car while on the way to the vet.

It's believed toxic blue-green algae caused Ollie's traumatic and rapid death. The algae can produce harmful neurotoxins, and now the city of Austin is warning other pet owners to keep their pets out of the lake in question.

Where does that blue-green algae come from, and can it form in Michigan lakes? It's a question some are asking after hearing about the death of Ollie after coming into contact with supposed toxic algae.

"I think there's certainly the possibility on inland lakes," Senior Aquatic Biologist of the Water Resources Division of the Michigan Department of Environment, Great Lakes, and Energy (EGLE), Kevin Goodwin said. "I would assume something like that would be pretty rare on a Great Lakes."

"Typically those blooms need a couple of things most of the time to grow, and a lot of times it's warm temperatures, sunlight and a lot of nutrients," Goodwin said.

Which means you won't generally see toxic algae in the cold deep waters of Lake Michigan, Huron and Superior.

"In Michigan, we see that kind of thing certainly on Lake Erie," Goodwin said.

Lake Erie is a shallower and subsequently warmer lake.

"The types of algae that grow in Lake Erie produce certainly a toxin that is concerning but may not be the same kind that they're getting down in the southern states that's are actually causing those very rapid dog illnesses and dog deaths," Goodwin said.

If you suspect your dog has come into contact with toxic algae, or you notice strange behaviors, it's best to bring them in.

"If you have any suspicions that you dog has become sick after swimming is immediately get them to a veterinarian and preferably a veterinarian that has the ability to do very aggressive intensive care," BluePearl Veterinary Neurologist Dr. Jill Niederhuth said.

Niederhuth said the neurological toxicity tends to happen right away.

"What they actually die from is that the toxin can paralyze their breathing muscles so they'll die of not being able to breathe," said Neiderhuth. She said the dogs might exhibit symptoms of drooling, a loose bladder or bowels, rigid muscles, trembling or even seizures.

Another algae toxin can lead to liver failure which will begin a day or two after coming into contact with it.

So what should pet owners do as a precaution?

"I think that one of the most important questions to ask yourself is, looking at the water, would you swim in it?" said Niederhuth.