Muskegon family reunites with dog after searching for a month

The family searched for weeks, making laminated flyers to hang around the city. 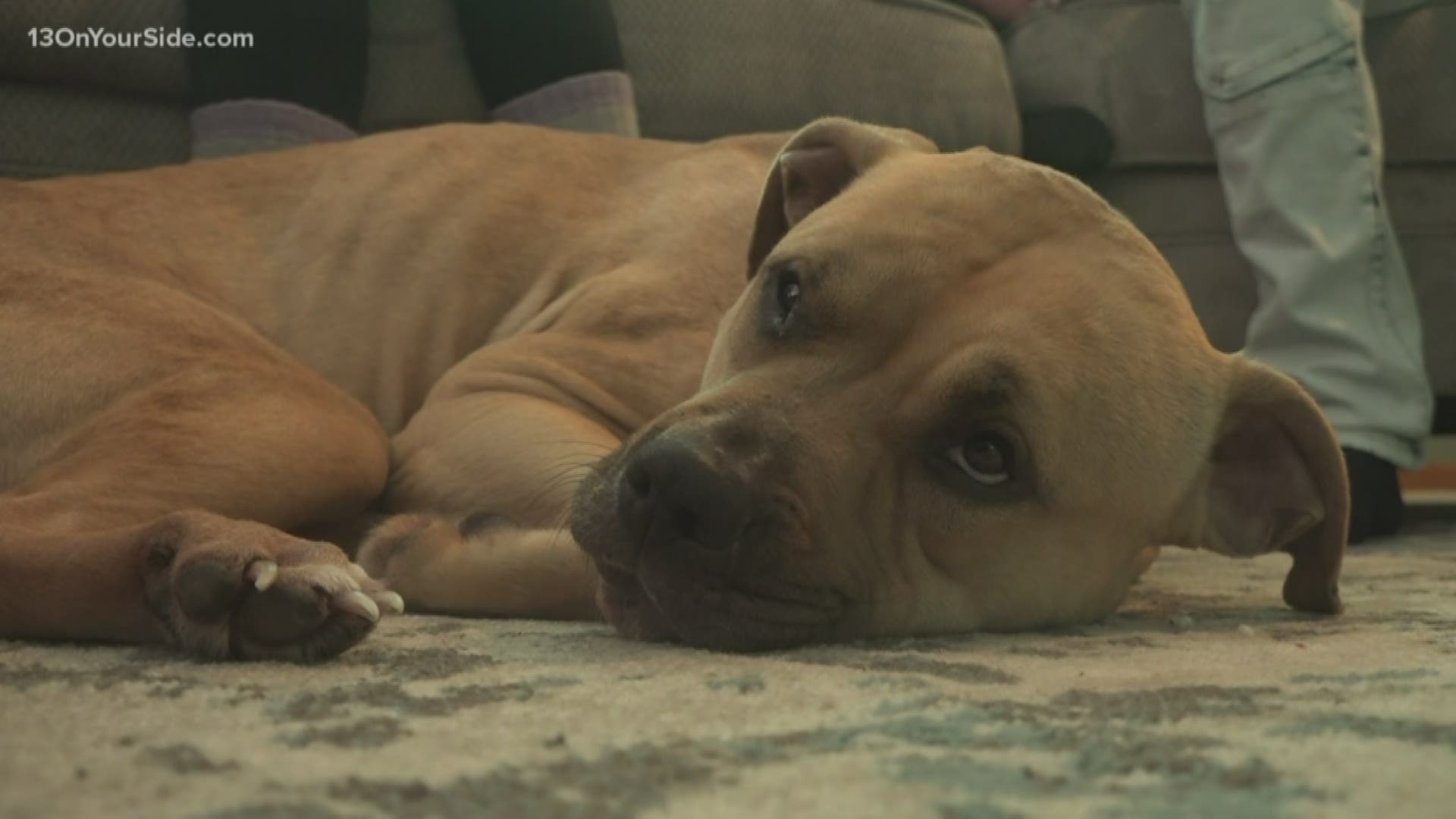 MUSKEGON, Mich. — A Muskegon family welcomed home their dog Chunk after nearly a month of searching. The pet was recovered from underneath a trailer in a nearby neighborhood by Pound Buddies' animal control.

Coty and Robert Upson have had Chunk every since he was born 3½ years ago and gave him his name because of his chubby appearance.

"When he had a puppy he had a whole bunch of rolls everywhere," Robert Upson said.

The family members were out of their house around a month ago when their housekeeper notified them that Chunk had sprinted out the front door as she was coming in to clean. Coty said the behavior wasn't normal for Chunk.

The family went looking for the dog, and thanks to a report from a community member knew he wandered into the woods.

"We were trying to follow the footprints. We went into the water and back out, and his paw was bleeding," Coty recalled.

The family searched for weeks, making laminated flyers to hang around the city and driving Chunk's bed around to try and help the dog find his scent to follow back home.

Twenty-nine days into the search, Allyssa Walker, an animal control and care specialist with Pound Buddies, received a rescue call for a dog, matching Chunk's description, stuck under a trailer in a local neighborhood.

"I get him in the car. I get him warmed up, and my boss calls me, she goes 'I think that’s the dog that’s been missing.' I turned my flashlight on. I compared it and I said 'Oh my God, this is him,'" Walker said.

Walker called the Upson family and delivered the dog to their home that same night.

"I thought 'This is why I do my job.' Literally I was crying," Walker said.

Chunk was noticeably underweight with damaged paws and a frostbitten tail. His family quickly gave him portioned food and a bath. Coty said the family is taking Chunk to the veterinarian on Monday to assess his condition.

"I was super emotional, but the same time I was panicking because he was so skinny and has been through so much," Coty Upson said. "The family is whole again. We knew another dog will never replace him." 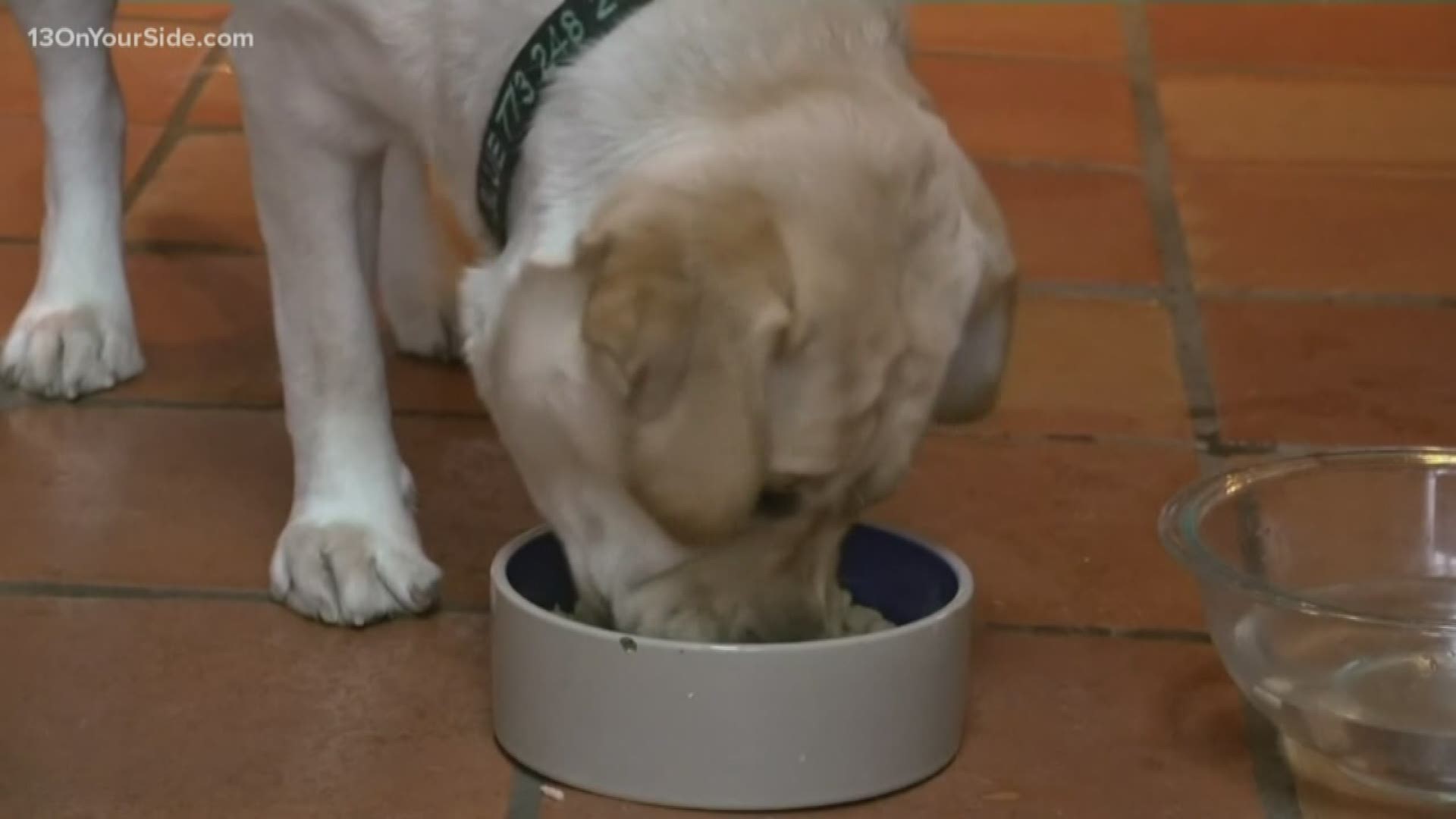