Surveillance video shows the woman placing the cat in her purse, staff says. 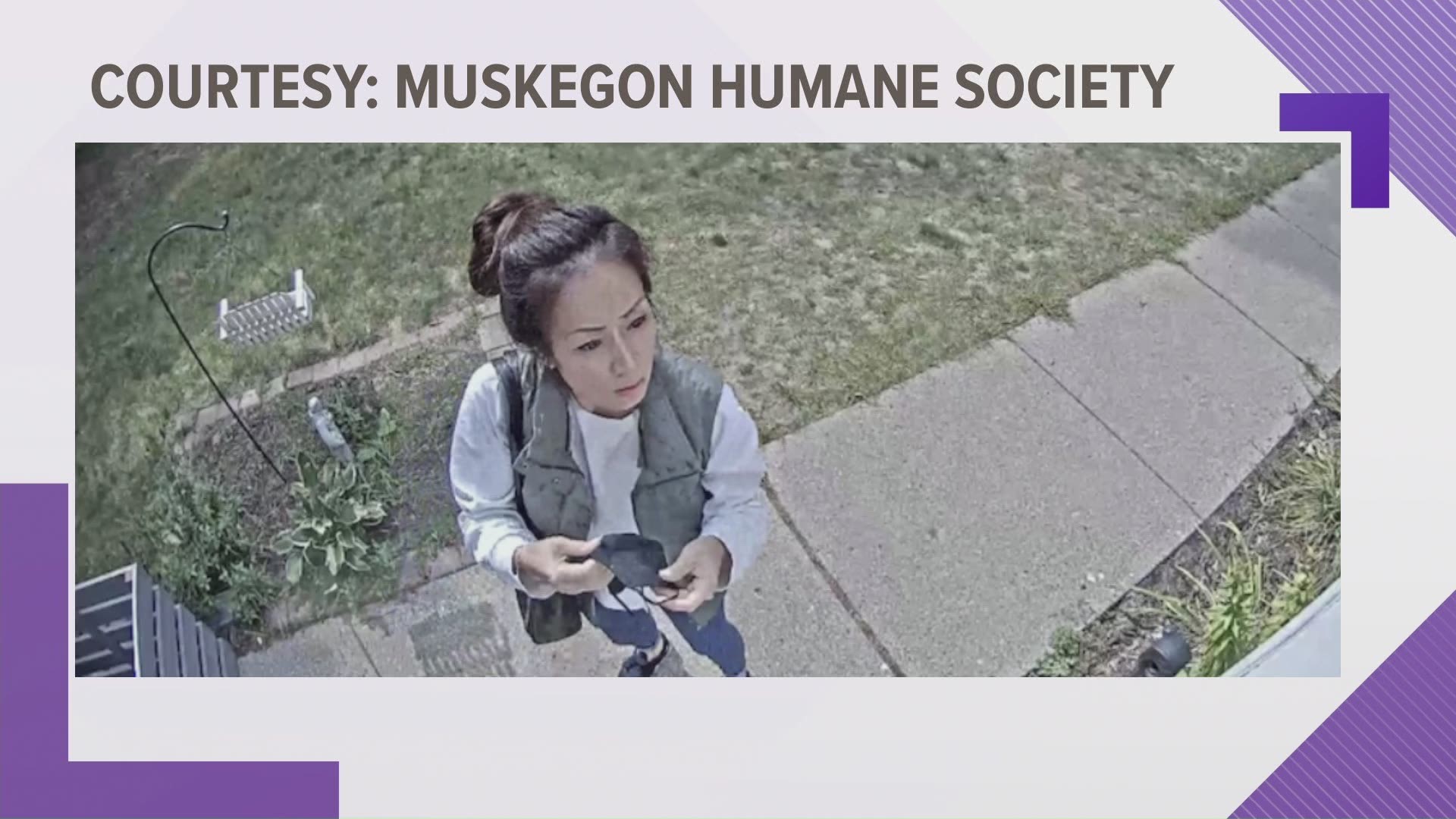 MUSKEGON, Mich. — A Muskegon animal shelter says it's looking for a woman who stole a kitten from its facility Tuesday.

The woman came to the Muskegon Humane Society to look at cats around 1 p.m., according to staff. The shelter said in order to allow for social distancing it's been allowing potential adopters into the cat room alone. According to staff, the woman left hurriedly several minutes later.

Staff said they later realized their kitten Millie was missing, and surveillance video revealed that the woman had put the kitten in her purse.

The humane society has filed a police report with Muskegon police. Anyone with information should call 231-773-8689.

UPDATE: WE APPRECIATE THE TIPS AND SUPPORT BUT DUE TO VULGAR AND IGNORANT COMMENTS, WE WILL NOW BE DELETING ANY MADE ON...