Audrey Jandernoa passed away unexpectedly a year and a half ago. In honor of her birthday, her family planned a day of service. 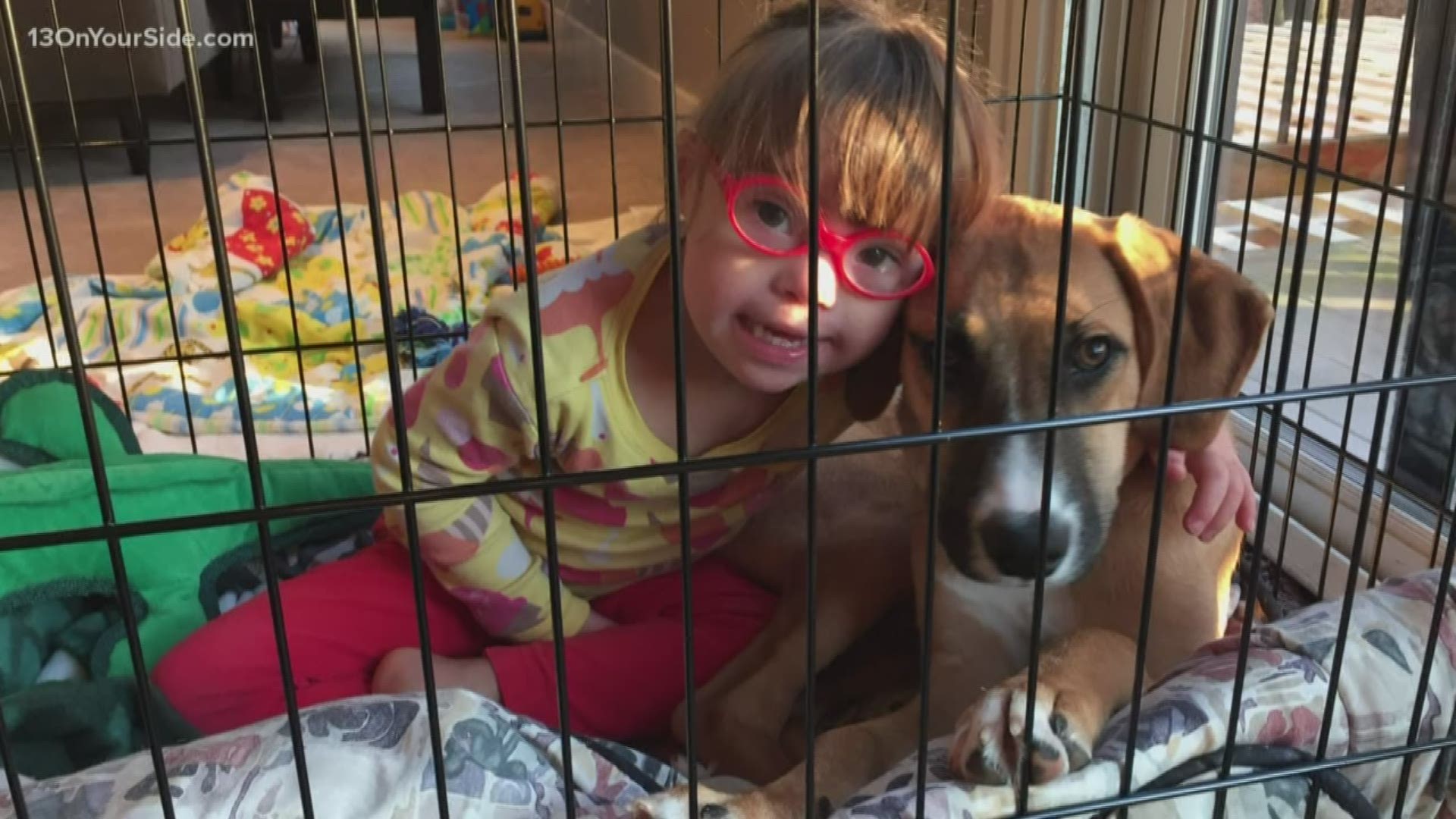 GRAND RAPIDS, Mich. — A day of service in honor of a special little girl taken too soon led a group of 50 volunteers rocking red glasses into the Central Reformed Church kitchen Monday.

The Red Glasses Movement was spurred by Audrey Jandernoa, who died unexpectedly a year and a half ago. The five-year-old had Down syndrome and a congenital heart disease.

"But, the thing we remember most about her is she had a really vibrant spirit. She wore bright red glasses, and she was very adventurous and loving," said Audrey's mother, Kelly Jandernoa. "When she passed away a good friend of ours came to us with an idea to share red glasses at her funeral. We brought 1,000 red glasses that day and started the Red Glasses Movement."

Over the last year, the movement has gained worldwide attention and given way to the Special Olympics Michigan event 'Athletes Like Audrey.'

"It is just simply an inspirational movement to inspire people to live boldly, love big and pass it on like Audrey did," Jandernoa said.

For her seventh birthday, Audrey's parents wanted to spend a day giving back to the community in a way that would garner Audrey's approval.

"She loved dogs. They were like her favorite thing in the whole world, and she also loves feeding people and eating," Jandernoa said. "So, we thought we'd find a way to get all that incorporated."

Kelly discovered Beer City Dog Biscuits earlier this year and quickly realized that would be the perfect spot to spend their day of service, also known as, 'Big Bold Love Day.'

Beer City Dog Biscuits, which has been around for over a year now, uses spent grain donated by Founders Brewing Co. and empowers adults with developmental disabilities as 'brew bakers.' They utilize the kitchen at Central Reformed Church in Grand Rapids to bake dog biscuits four days a week.

Suzanne Wilcox and Leslie Hooker, BCDB's co-founders, started the business with just their two sons, but now, they welcome about 50 adults a week through the Grand Rapids Public Schools Community Transitional Center and Ready for Life Skill Building Program.

On Monday, they had an extra 50 people thanks to the Red Glasses Movement.

"Our missions are very much aligned," Wilcox said of the Red Glasses Movement.

She said their volunteering allows for both of their messages to be spread further.

"It's a ripple effect; it's making it bigger for all of us," she said.

"I'm sure she's just snuggling up with a million dogs up in heaven right now saying 'they got it right.' That's what I hope she is saying. That's our goal," Jandernoa said.

Jandernoa also collected other donations to give to the two rescues. 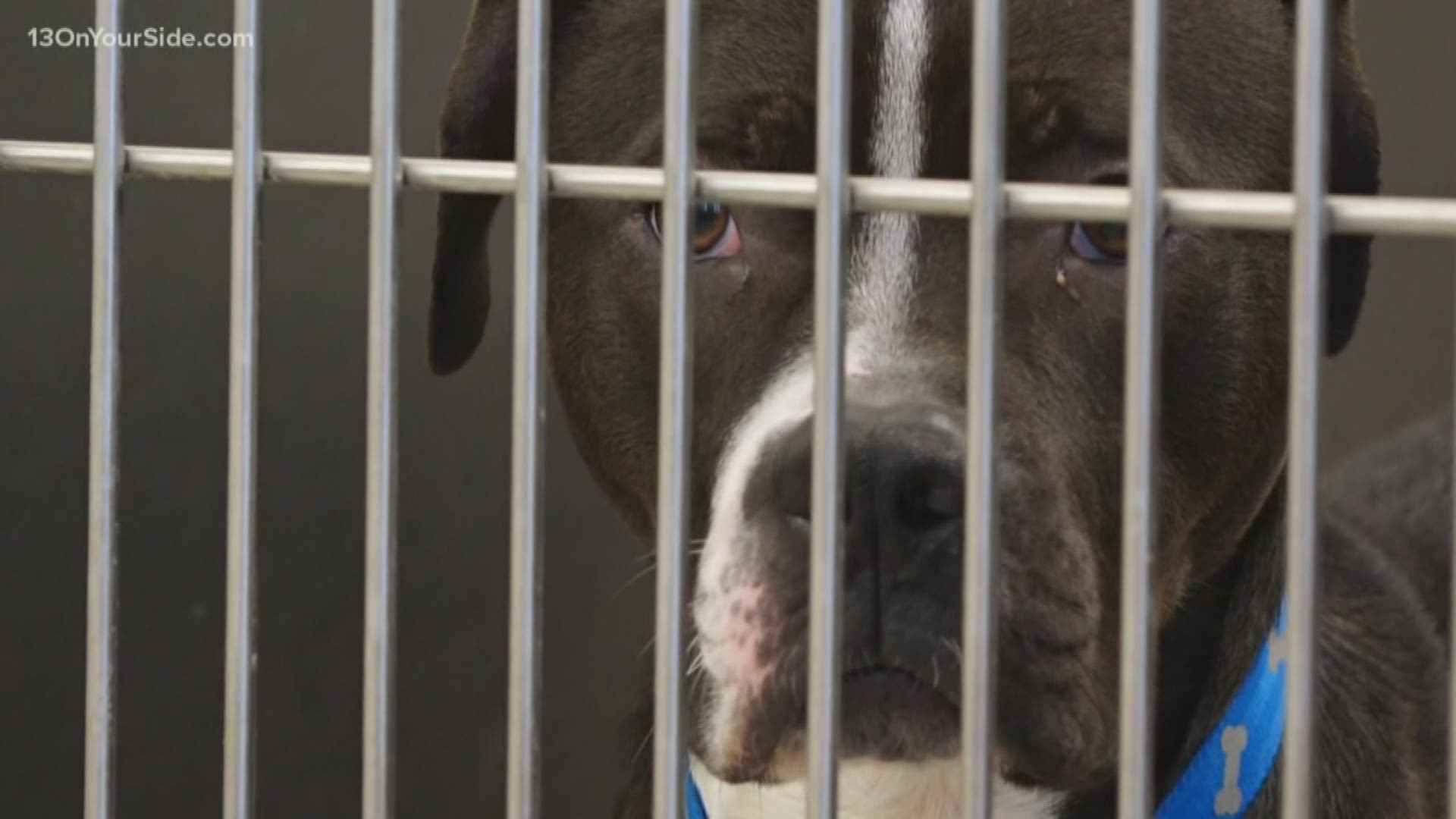