St. Louis baby becomes youngest to ever be in the Stanley Cup

A precious newborn at Mercy Hospital had one of the coolest hockey experiences ever. 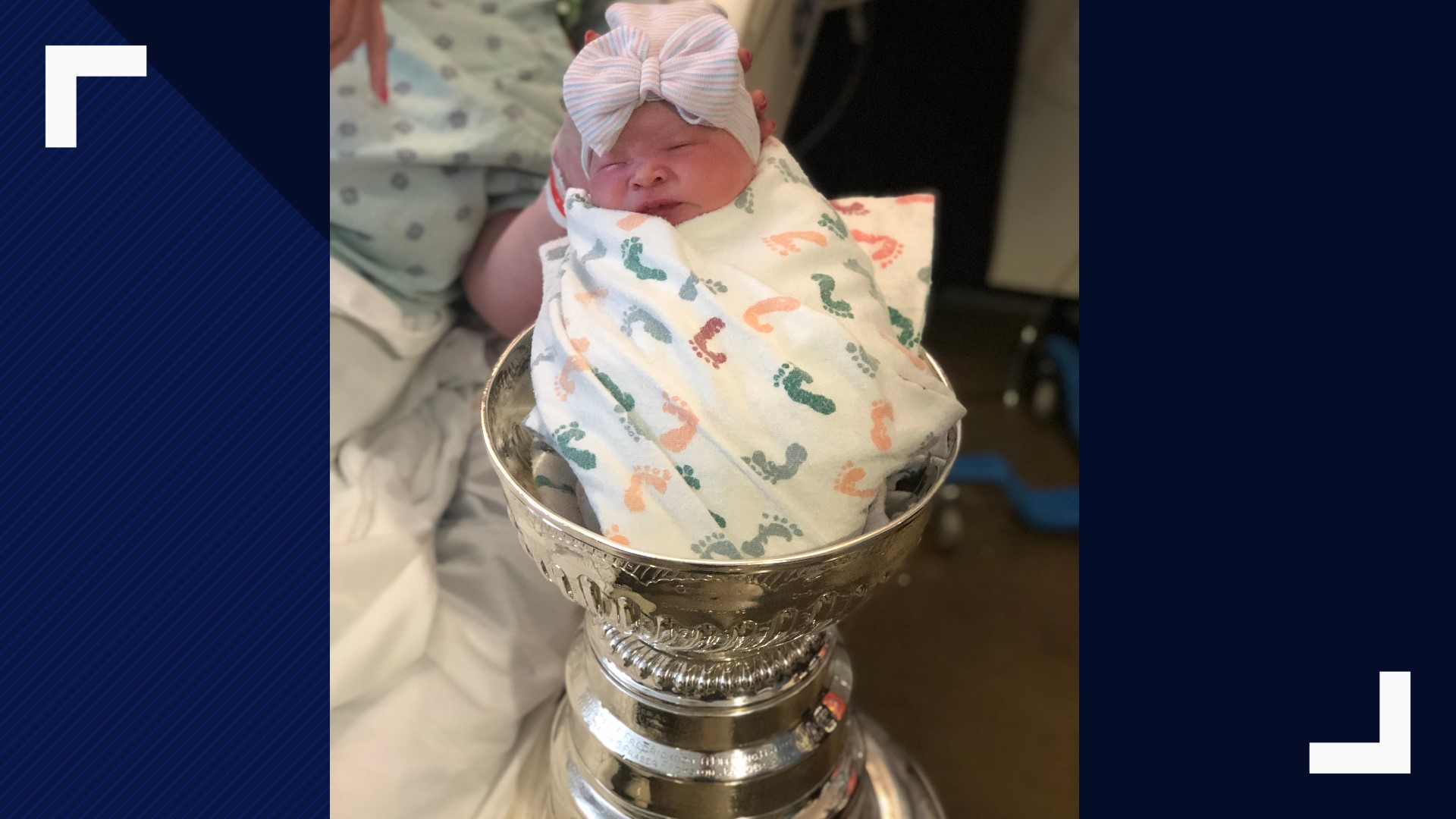 ST. LOUIS — On Tuesday morning, diehard St. Louis Blues fans broke the record for the youngest baby to ever sit in the Stanley Cup.

According to the Keeper of The Cup, Howie Borrow, Ann Marie was born at 10:04 a.m. at Mercy Hospital St. Louis and was in The Stanley Cup at exactly 10:24 a.m.

To make this record even sweeter, little Ann Marie beat out the previous recordholder: a 97-minute-old baby who was born to a member of the Blackhawks Executive team.

Borrow already was in the hospital letting employees take pictures with the Stanley Cup when some of Ann Marie's family members came running down the hall looking for it.

A few minutes later, the Cup was in the baby's hospital room.

Parents Elizabeth and Clark Vancil are huge Blues fans. They even held a Blues watch party in their hospital room while waiting for Ann Marie to make her debut.

And just like any other superstitious sports fans, they were adamant that their baby did not directly touch the Cup.

With a few layers of fresh towels and a brand new ‘There’s Nothing Like Playoff Hockey’ towel, Ann Marie did in fact not touch the Cup.

It is no doubt one of the coolest moments this precious baby will never remember but will always be reminded of.

Here's what other people are reading:

It wasn’t just a dream: Fans paint the internet blue with Game 4 reactions

Former USA Olympic Softball player might be a Blues fan

Here's what other people are watching: