Hair salons want answers on how, when they can reopen

"That’s the frustrating part of this, we aren’t getting any guidance." 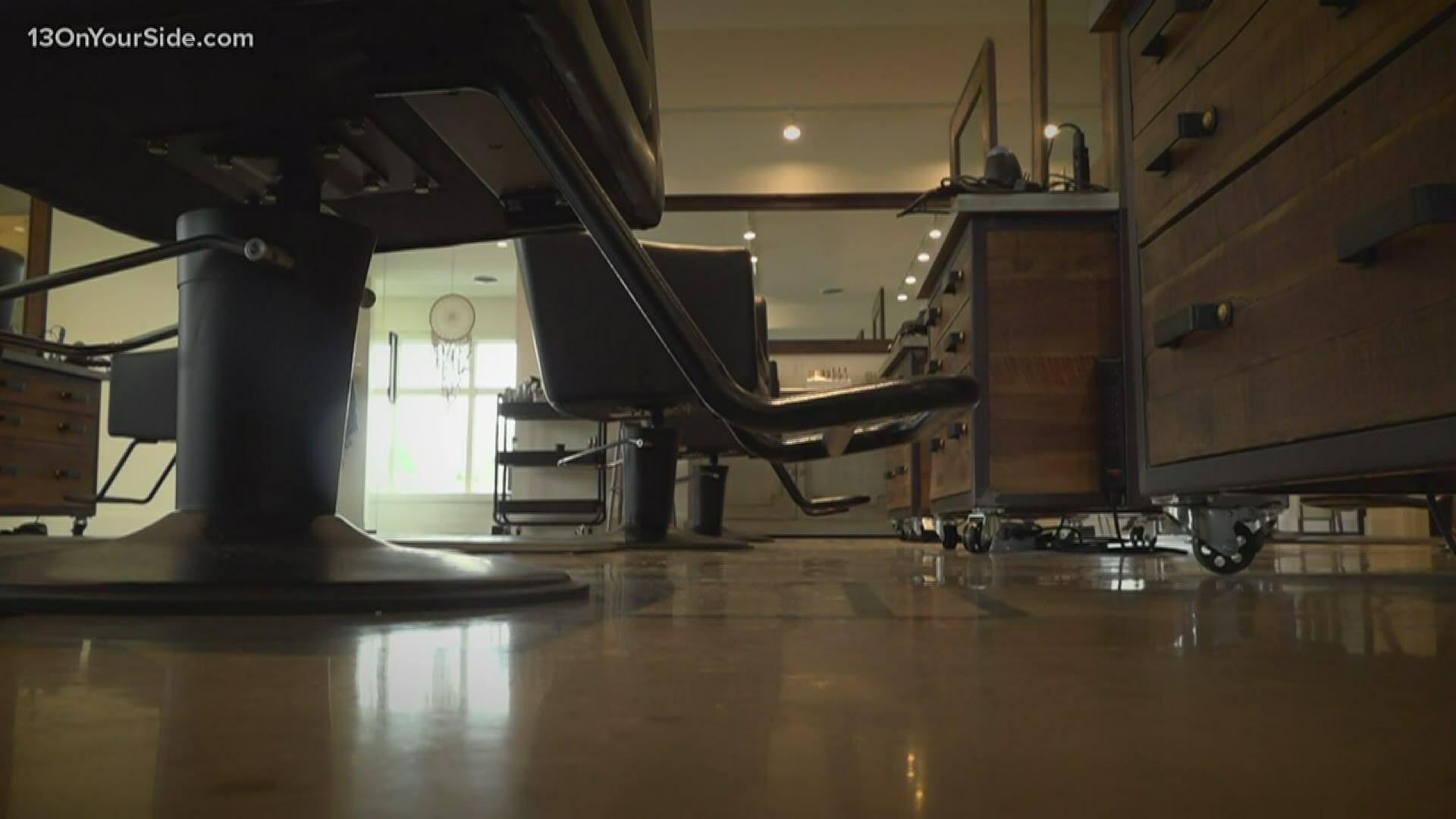 GRAND RAPIDS, Mich. — Hair salons and spas have been closed for more than a month.

But now, as we look forward to the fourth stage of the governor's reopening plan, salon owners wonder where they fall in the mix.

"None us know what that looks like as far as what phase we should be," said James Garnant, the owner of The James Salon and Boutique. "That is the frustrating part."

The James has two locations, one in Ada and one in East Grand Rapids. Garnant just made the tough decision to close the East Grand Rapids location, and merge it with the Ada location. He says he's fortunate to be able to keep all his staff, but that's just one way things are different now.

"I spent 13 years building my brand in East Grand Rapids," said Garnant, "and creating with the community there and building relationships. There’s a lot of memories in that location. So, it’s been an emotional ride."

A Change.org petition has garnered nearly 7,000 signatures to open salons in the next phase of the governor's reopening plan. That is if salons are meeting health and safety guidelines to prevent further spread of the virus.

RELATED: Small businesses waiting for guidelines on how to reopen

Garnant said he supports the Governor's plan to reopen, and not too soon and spread the virus further. However, he just wants some answers as to when salons can expect to open and what that will look like once they do.

"What we really need to know is how many people we can have in one space," said Garnant, "what that looks like, and how to maintain that in a healthy way for everybody."

The James Salon and Boutique in Ada is 5,500 square feet, Garnant said. There can be a lot of people who can safely fit and get their services done in the building. The question is at what capacity they will be allowed to open.

Garnant said he knows there will be other things different when they open. For example, staff and customers will wear masks, they will practice distancing, and may put partitions around shampoo bowls and chairs. He said they need some time to prepare as well, and get ready for when the doors can open.

"Fortunately with this business, we’re taught right from day one in cosmetology school what sanitation looks like, and how to keep people safe," he said. "So, we’ve operated from that space our entire career."

Other salon owners in the Greater Grand Rapids area wonder when they can open their doors. Meraki Salon chose to close before the executive orders took effect. However, the owners didn't expect to be shut down for this long.

"The unknown is definitely hard," said Meraki co-owner Lindsey Pierce. "Because we’re trying to prepare the best way we can, but when there isn’t a lot of clear explanations of what’s expected of us, especially in an industry where we are all so hands-on with our guests, we don’t know what it’s all going to look like."

Pierce said they are looking at guidelines from the CDC, as well as how other states are re-opening salons. They've installed filters on the furnace and stocked up on sanitizer and other health supplies. For now, Pierce said it's just tough on both the employees and the customers.

"Of course, it’s been tough, this is their livelihood," said Pierce of her stylist team, "It’s hard being in an industry that is potentially going to be the last one open, because a lot of the team members rely on that for their families."

In the meantime, the salon has been doing curbside pickup for hair products at a limited time.

"That’s been amazing," said Pierce, "it’s been so refreshing to hear from our guests, to see them, through the window of course and from a safe distance. It’s been beneficial too, at this time to bring in a little revenue."

Garnant said he believes everything happens for a reason. He hopes this teaches people to support their local businesses in the future.

"In two and a half months, so many businesses are closing because we don’t’ have the support at local level," said Garnant. "So, it’s an opportunity for all of us to look at what we’ve done, the behaviors of shopping online and maybe changing that to support the local business, and how it affects the local economy."

How to manage your hair during a pandemic? 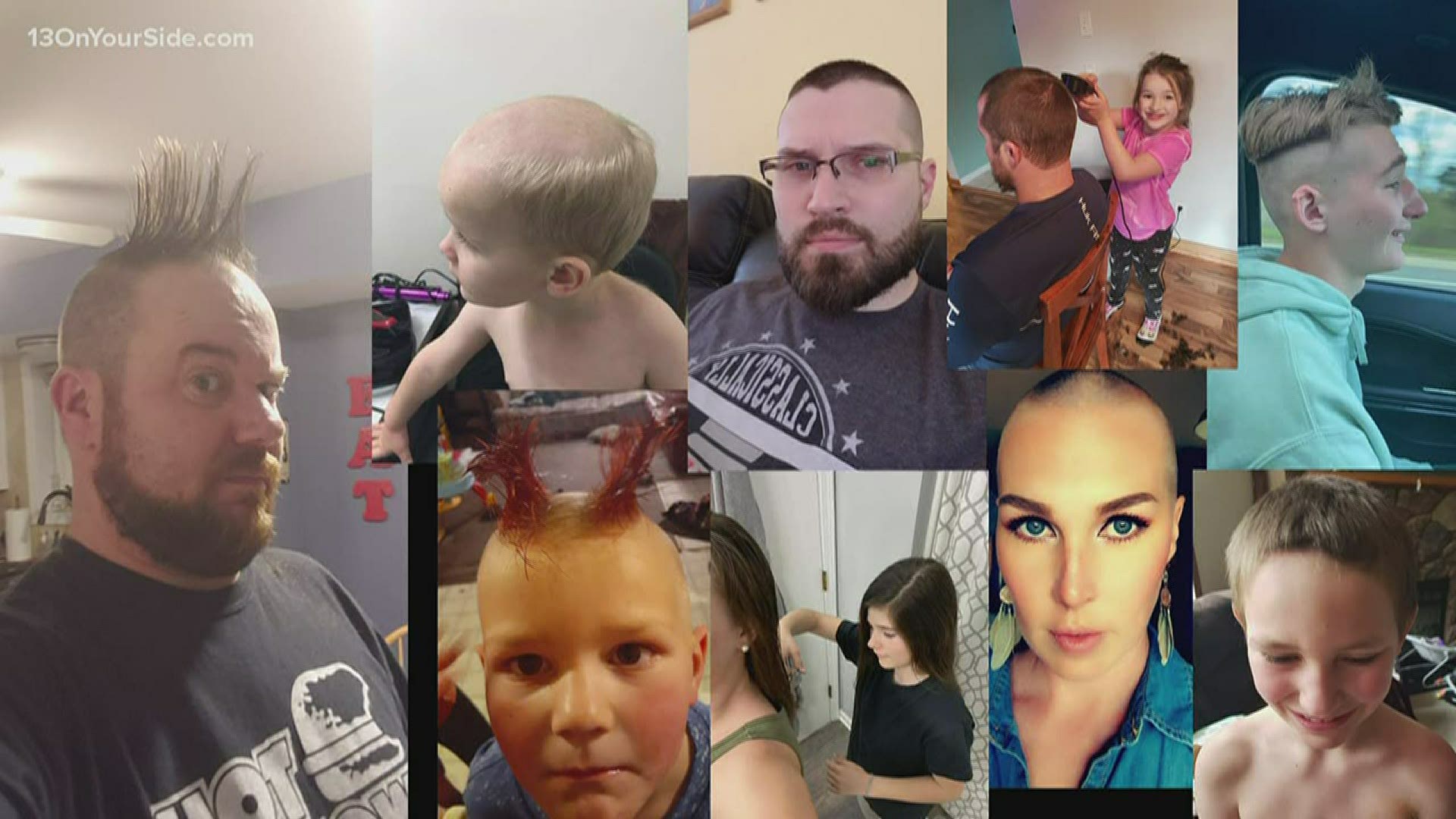