Gorham's disease is so rare that there have only been about 300 known cases. 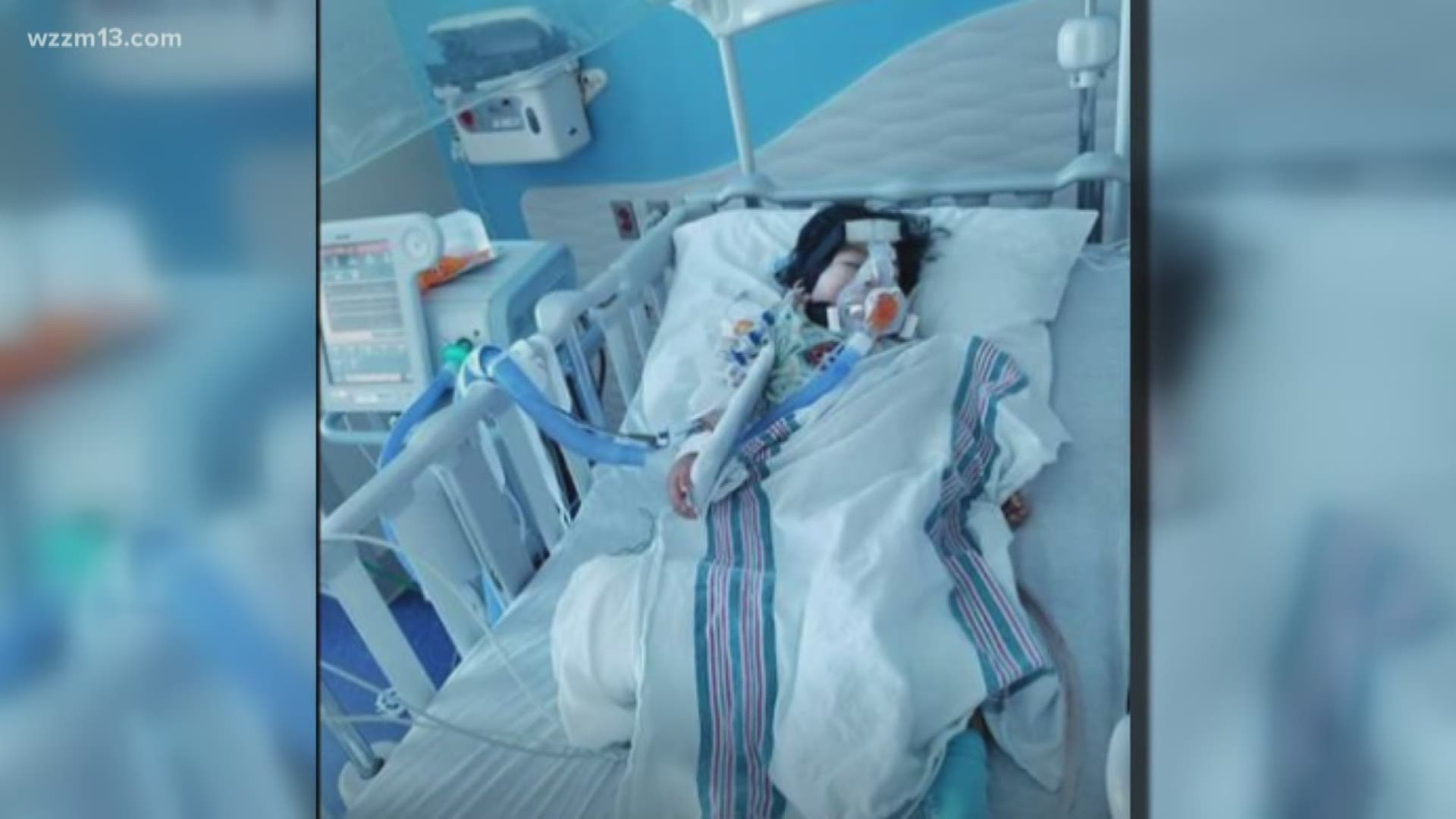 Two-and-a-half-year-old Leo Aguillon was your average little boy, "he was jumping and running and playing." Until one Friday night about three weeks ago, “he had a little bit of a cough."

His father, Antonion Aguillon, took Leo to his doctor where that cough lead to a diagnosis of pneumonia and a routine chest x-ray.

“It was extremely scary we freaked out. We didn't know what to think," because x-ray revealed something was missing. "Basically the bones are not there on the scan," says Antonion.

Leo's sternum and entire left rib cage were gone. The condition is known as vanishing bone disease or Gorham's disease.

It's so rare that there have only been about 300 known cases.

Dr. Caleb Bupp is a geneticist for Spectrum Health and while he isn't treating Leo he is familiar with it, "It seems to hit sporadically. There's nothing that seems to cause it to happen or cause it to stop."

Dr. Bupp says it is a disease of the lymphatic system, "what seems like happens those lymphatic ducts that are in certain bones overactivated and sort of degrade the bone." Dr. Bupp says they get absorbed into the body making them disappear. "One of the thoughts and theories is that if you can stop the body from absorbing bone with medications that sort of addresses that."

For now, Leo will stay in the pediatric intensive care unit his parents never leaving his side, “we talk to him every morning, we say good morning. We read books. I still don't know if he's going to get better or not. We're taking it one day at a time."

It will take three more weeks before doctors know if the treatment is working for Leo.

It's not know if Gorham's disease is genetic. The disease is so rare not much is known about what causes it or how to prevent it.

If you would like to help Leo's family with their medical bills you can visit their GoFundMe page.