It's the American Heart Associations Go Red for Women Day, which kicks off the start of American Heart Month for Women. One woman who diagnosed at 18 with a rare genetic heart disorder has become a champion for heart health. 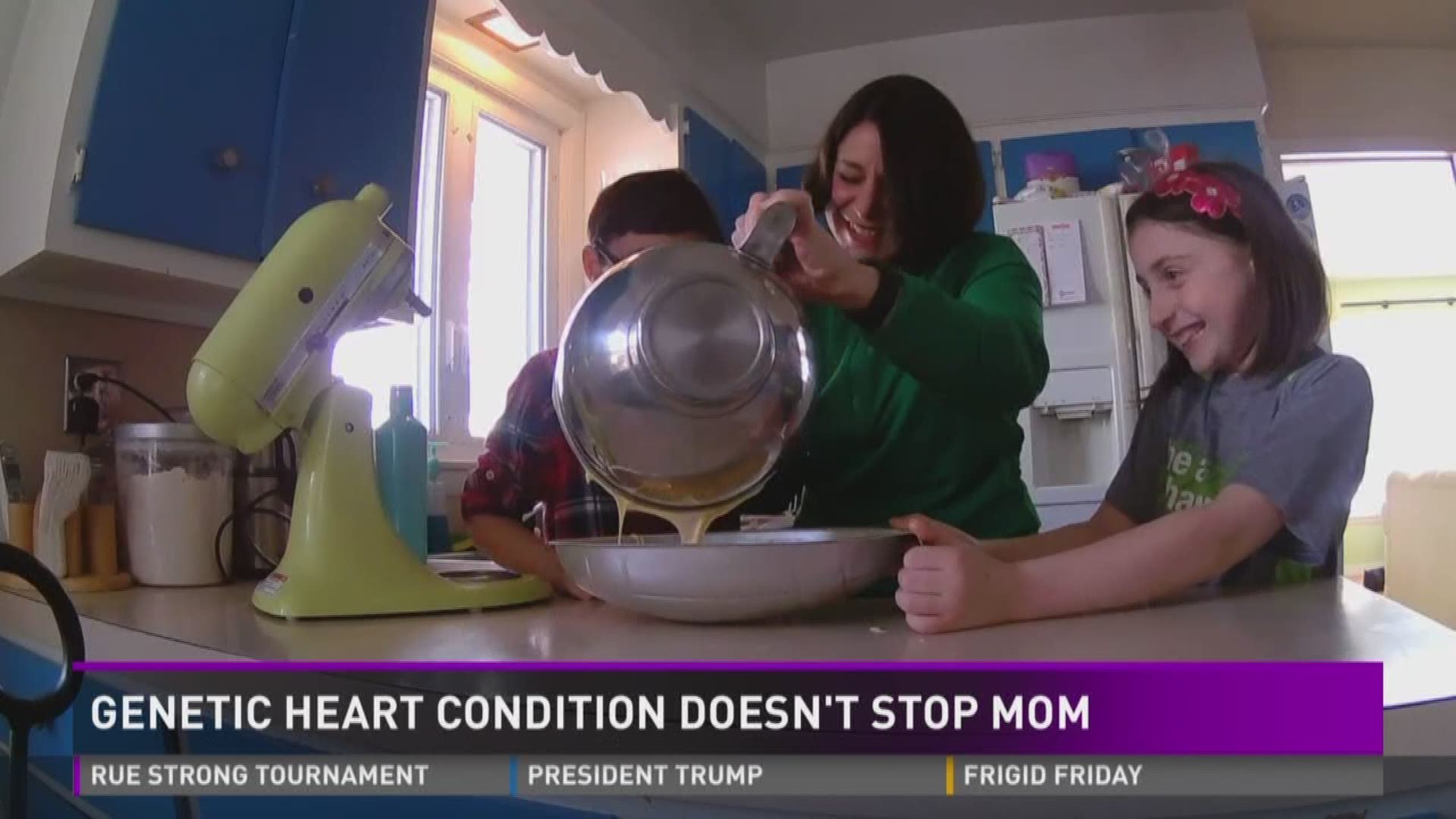 If you've been seeing a lot of red Friday, it's not a coincidence -- for It's the American Heart Associations Go Red For Women Day and kicks off the start of American Heart Month for Women.

One woman, diagnosed at 18 years old with a rare genetic heart disorder, has become a champion for women's heart health.

Stephanie Festian loves running and everything it does for her health and her heart.

"I was in a coma for three days," Festian says.

At just 18 years old, Festian learned she had a genetic heart condition after fainting at school: "My dad said as I was walking back from an X-ray, he saw my eyes roll back in my head and I went into cardiac arrest then and there."

And because of the genetic nature of Long QT, Festian's immediate family was tested.

"We have found out that my father, my sister, uncle, cousin, we have a number of people in the family that have it," she says.

Of all her family members, her youngest daughter, 9-year-old Corey, was also diagnosed.

"It was hard. I cried a lot. But knowing means that I can protect her," Festian told us.

Festian has made sure that Corey's school has a plan in place should something happen and a list of the 25 medications that would be fatal if her daughter took them.

On this Go Red for Women Day, Festian wants to encourage other women to get a cardiac screening, “Because knowing helps you figure out the next step."

Stephanie is a Priority Health Champion, one of 500 individuals across the state, who live healthy lifestyles and are active in the community by participating in races, volunteering and striving to reach their health goals. Through the Champions program, they receive incentives for being healthy and also receive support and encouragement from one another.

The program is FREE and you don’t have to be a member to join: http://www.teampriorityhealth.com/