A new Amazon center will be built in Gaines Township. 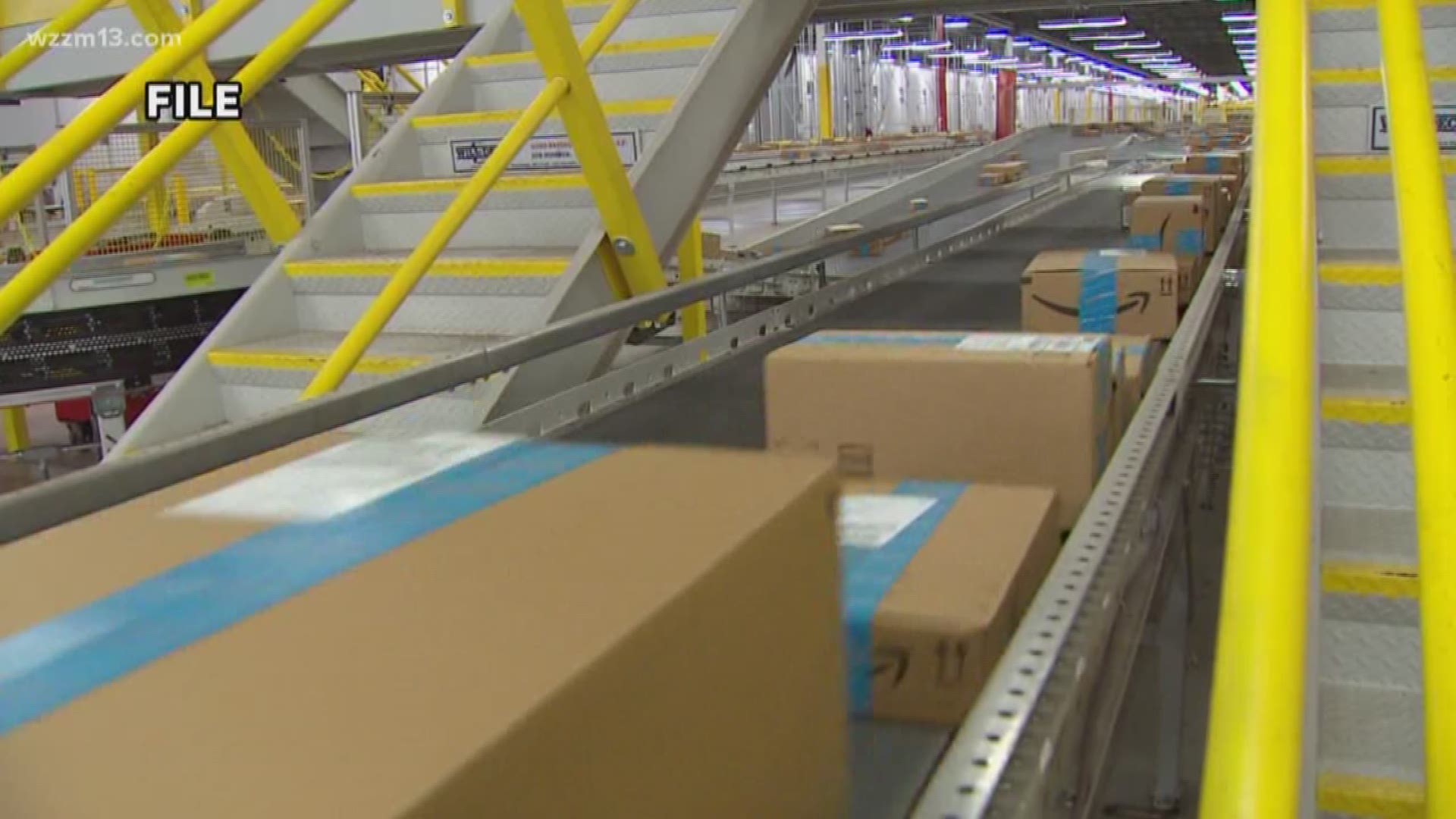 LANSING - After months of speculation, a development project in Gaines Township has been confirmed as an Amazon sortation and fulfillment center.

Amazon is investing $150 million in the project, which is expected to bring 1,000 full-time jobs with benefits to Kent County.

"Overall this is a strong site and a strong community that has the infrastructure and most importantly the people that are ready to make this project happen in Kent County,” Hundt said.

According to Gaines Township planner Mark Sisson, the project will be built on a 100 acre site on the former Steelcase land now owned by Seefried Industrial Properties, a company in Georgia.

"They were looking at where to locate a new fulfillment center in the Great Lakes region to service both the Great Lakes states and some of the Canadian markets,” Hundt said.

And West Michigan couldn't be beat.

"A growing population base, strong talent, history of a very strong workforce and education system, and I think it's a huge testament as well to the strong local partnerships,” Hundt said.

The announcement of who was behind the project came just a week after the Gaines Township board approved construction of the new distribution center.

A third-party developer will build the center, which is located near 68th Street and Patterson Avenue. Gaines Charter Township is providing a 50 percent property tax abatement.

"This incentive will help the company with some of their upfront costs associated with attracting and bringing talent into the company,” Hundt said.

This is the first Amazon distribution center to be built in West Michigan, but in the past 18 months, the internet giant has built three centers in metro Detroit. Amazon has invested $420 million in Michigan and brought nearly 5,000 jobs to the area.

Hundt said construction will likely begin this summer and the hiring process will likely start near the end of this year.