On Monday, workers at the global corporation he helped start got their chances to remember Rich DeVos 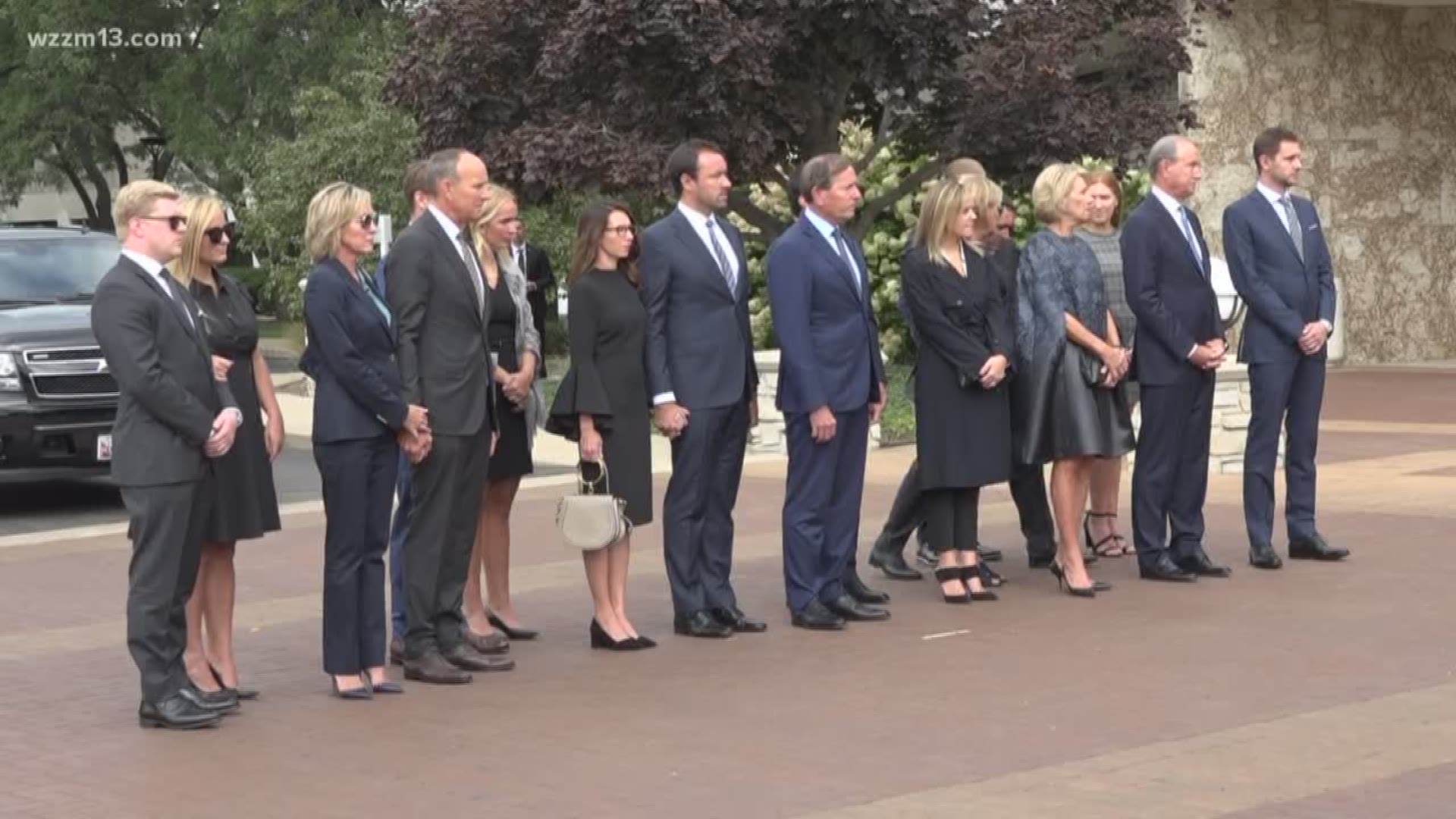 ADA, Mich. - This week, West Michigan will pay its respects to the man who co-founded Amway, and reshaped Grand Rapids.

Funeral services for DeVos are set for Thursday.

On Monday, workers at the global corporation he helped start got their chances to remember him.

"Rich was the heart and soul of this business," said Bill Payne, who is the Vice Chairman of Amway Corporation. "The legacy that is left for this business and for millions of distributors around the world, and for employees, is just tremendous."

Just before noon Monday, a motorcade made its way down Ada Drive and turned left onto Fulton Avenue. A hearse, carrying the casket of DeVos, was part of the motorcade. Once the hearse stopped at the front entrance of Amway's world headquarters, pallbearers helped remove the casket.

Immediate family members of DeVos exited their vehicles and formed a line, standing about 30 feet from the casket.

Moments later, there were three separate flyovers. Two helicopters, a learjet and a B-17 Bomber (which was Rich DeVos' favorite airplane) each passed over.

When the flyovers ended, DeVos was brought into the Amway lobby where he lay in repose during a private ceremony held exclusively for hundreds of Amway employees.

"It's truly a sad day for all of us," said Steve Van Andel, Amway chairman. "Rich, for me, was truly a friend and a mentor.

"He was my second father."

"Rich was the leader who would tell us to take time to celebrate, but not too long, because you still have work to do," said Savage.

Long-time Amway executives know that Rich DeVos' footprint on the company he co-created will never fade.

"We're very sad, but we're also joyous because we know that he's home with Helen, and with Jay and Betty (Van Andel)," said Payne. "[We know] they're looking down and hoping that we all carry their legacy forward."

Rich DeVos left Amway for the last time around 3:20 p.m. on Monday.

The public will get its chance to pay their respects on Wednesday.