Decrease in travelers has put some improvement projects on hold. 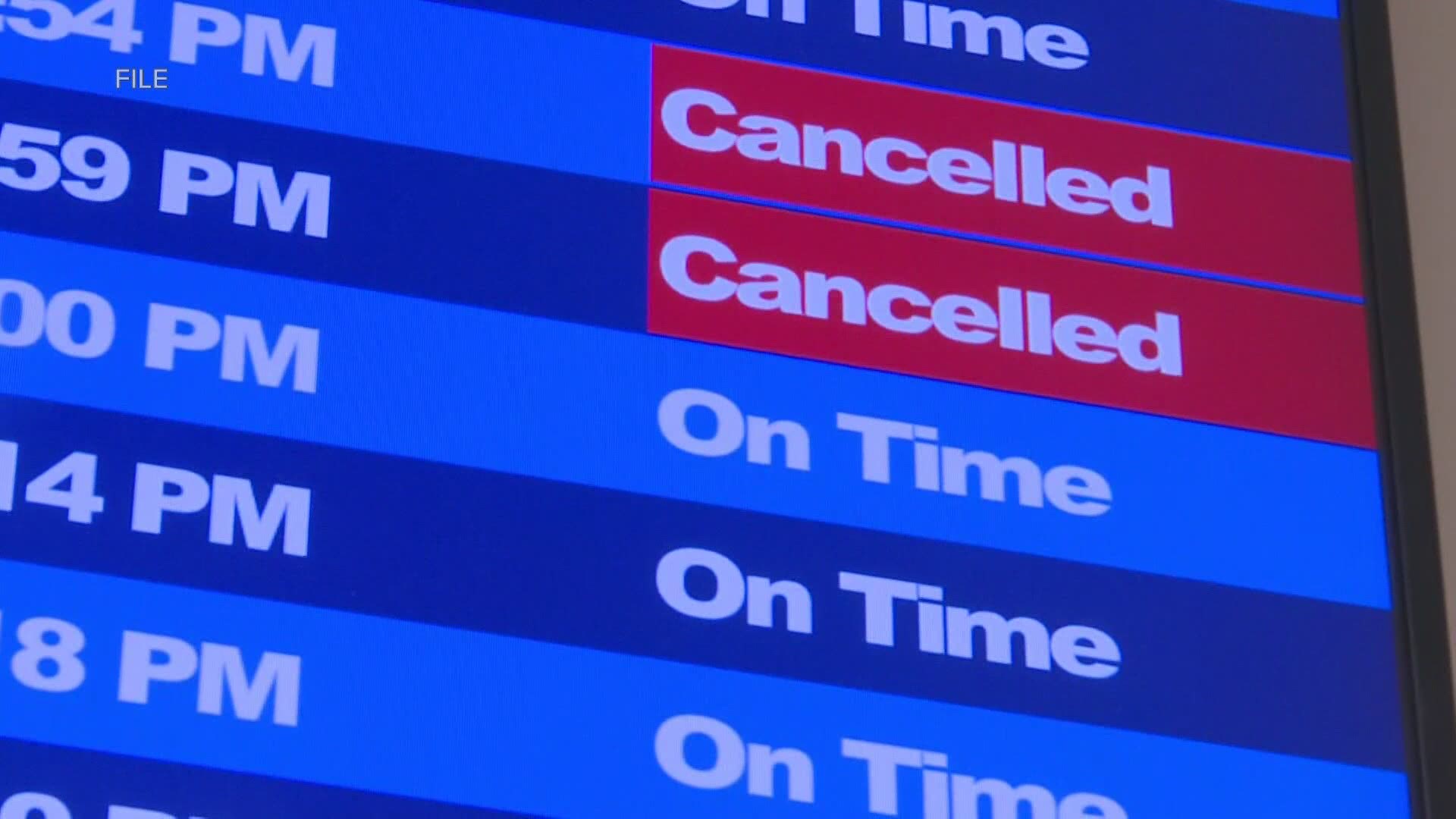 GRAND RAPIDS, Mich. — (GRBJ) - It may take years for Gerald R. Ford International Airport to return to its glory days.

On the heels of seven consecutive years of record growth, COVID-19 knocked the state’s second-largest airport for a loop this year.

Tory Richardson, president and CEO of GFIA, said rock bottom occurred in mid-April, when only essential travel was allowed, and airport traffic dropped by more than 96%.

Since then, passenger travel has barely increased. Richardson said in the beginning of May, when different stages of the state’s stay-at-home order were being lifted, travel increased from 4% to 7% of “normal” numbers. He said June 4 was the best day for travel since March when approximately 1,400 passengers used the airport. Pre-pandemic, those numbers were more than 7,000 passengers daily.

“We look at every positive sign as a little bit of a success,” he said. “We are proud when we see these small improvements, but it is still just a fraction of where we were a year ago.”

Richardson said he is unsure when Ford Airport will reach the levels of a year ago, and much of that growth will be dependent on the number of flights leaving the airport.

“We have to rely on the airlines because they have the best visibility as to who is looking to take flights — those who are going on the reservation sites and playing around with different cities and considering different cities and those who are converting those searches to actually purchasing tickets,” he said. “So, we rely on that airline to give us that information.

“They are telling us that the demand is going to be weak for the rest of this year and some airlines are saying it will be as long as five years before we get back to pre-COVID levels. If I had to make a prediction, I would say that West Michigan will probably recover in about two years.”

The growth continued early this year, before the pandemic struck, when Allegiant announced new nonstop services to Los Angeles, Boston and Austin, Texas.

With the increase in the number of passengers flying in and out of the airport, Richardson said officials were confident in continuing the construction schedule planned for the facility. One of the expansion projects is the Consolidated Rental Car Center (ConRAC), which would move car rental companies to a larger facility adjacent to its current space, but that project has been put on hold.

The ConRAC would allow for rental car companies to have more space for ready and return parking, a customer counter and office facility, a walkway connecting the ConRAC to the airport terminal, and space to wash, clean and fuel cars.

The space that the rental car companies are currently using would be reconfigured to long-term public parking and valet parking.

“That would free up 1,000 parking spaces so the public could park there,” Richardson said. “Prior to COVID, we had to close the parking garage several days per week — every week — because it would fill up, it would be at capacity. It was like that all of last year and it was shaping up to be like that prior to COVID. That project may come back depending on how the passenger traffic recovers and how the rental car companies recover.”

The other expansion project on the docket for this year was the concourse space, which may continue. Currently, the airport has two concourses, marked A and B. An additional gate was expected to be added to concourse A, which would allow for eight gates, as well as widening the 66-foot concourse to up to 120 feet and lengthening it by 510 feet to a total of more than 900 feet.

The new recommendations by the Centers for Disease Control and Prevention (CDC), which include social distancing, are now causing Richardson and his team to go back to the drawing board and make a slew of unexpected changes due to the virus.

“(From) December up until we got hit with COVID-19, we were seeing passenger screening lines for the TSA going back to the entire Grand Hall area with queues that zig-zag the passengers back and forth until they get to the checkpoint,” he said. “Sometimes those lines would go down the ramp and go into the baggage claim area. What we are having to face now is if we have to continue with social distancing and keep six feet apart from everybody, you could see that it wouldn’t take long for us to have lines like that again. Although there would not be as many people in lines, they would take up a lot of real estate because they would need that much space. We are running models right now to try to figure out what that would look like. Even if we get to 30% of where we were last year, we’ll start to put pressure on the facility, in terms of space, just because we have to use it in a different way. The terminal was never designed to have every person to be six feet apart from another person.”

Not only is Richardson concerned about the possible length of the TSA lines, he also is thinking about the social distancing requirements at the ticket counters, baggage areas, gate seating, restaurants, bars and retail shops.

“We have to redesign or re-layout those types of facilities for the passengers,” he said. “We might be able to go on with some of our expansion projects but for a slightly different purpose. That means we need to do as much as we can for a seamless and touchless passenger journey, which means more space.”

To make those adjustments, the airport is taking advantage of the CARES ACT. Based on a complex formula, Richardson said the airport is eligible for $16.22 million.

“We have made our first request — because you have to re-request — for reimbursement by demonstrating the cost to the Federal Aviation Administration (FAA) and they will turn around and reimburse us for those costs,” he said. “We submitted our request the (last week of May) for just over $5 million and we expect over the next few months we will continue to make a request to essentially get reimbursed that full $16.22 million, which will cover payroll and operating expenses that include increase costs for signage and for putting up plastic barriers around the terminal to help protect the guests, as well as the agents that are helping them. It is also for deep cleaning, disinfecting and sanitizing checkpoints.

“At the low point of the traffic depression, we were losing about $5 million per month, so that $16.22 million will buy us two- or three-months’ worth of expenses. Hopefully, business will start picking up so that we are not losing as much money and probably later this year can get 60% of our traffic from a year ago and start breaking even again. That is sort of our goal for right now.”

This story originally appeared in the Grand Rapids Business Journal. For similar content, pick up a copy or visit their website. 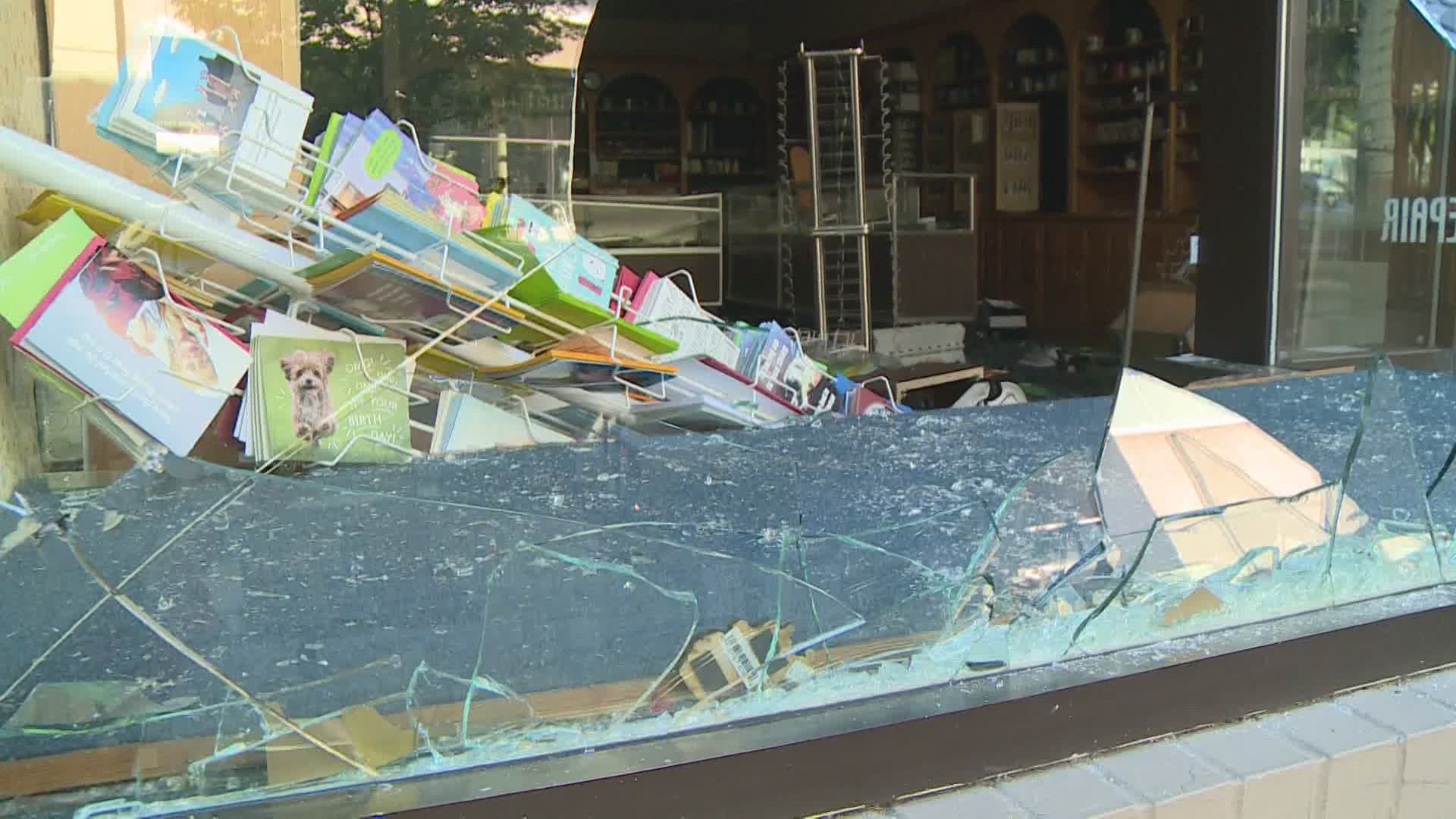