Foundations look to put ‘skin in the game’ to make options affordable. 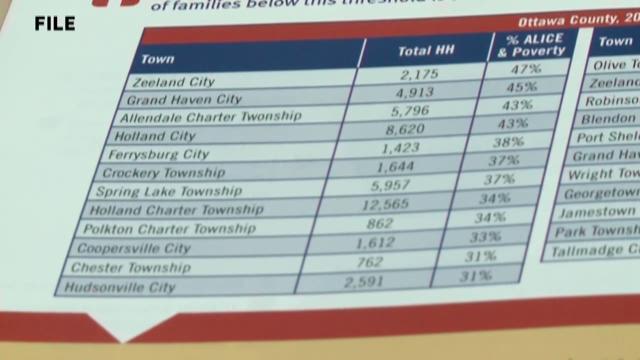 A conversation that began several years ago about the lack of affordable housing in Ottawa County is becoming a movement.

Greater Ottawa County United Way began gathering community leaders in 2014 to join the table of a new initiative of what was called Ottawa Housing Next, hoping to address the county’s housing shortage. As part of those discussions, the community nonprofit conducted a study that revealed about 15,000 families were spending more than 35 percent of their income on housing.

As those conversations continued, a possible solution began to take shape, and this past June, Ottawa Housing Next announced version 2.0 of its initiative. The name was shortened to Housing Next and a cross-sector council was formed, comprising of members from local businesses, nonprofits and government organizations.

“One sector can’t really fix much on its own, and it certainly can’t fix an issue like affordable housing,” Johnson said. “So, we need all three well-functioning groups to come together on this. Mike and I might address food and security, the chamber might address workforce development but everyone cares about people living and working in our community — that they have a home and aren’t stretching their ability to have a life.

“So, it makes good business sense, community sense and governmental sense to attack this from all three sectors.”

Goorhouse said the shortage can be approached from two sides — wages aren’t high enough and housing expenses are too high. And while the council could take both sides head on, it’s going to first focus on the housing expenses side, which he termed the lever currently “being pulled less effectively.”

Johnson said the ideal development projects would be of the mixed-use or mixed-housing ilk, where maybe one structure or a couple floors are dedicated to low-income housing.

“We’re not looking at building expansive places that are all low-income housing, we want them to be more mixed in,” she said.

To do that, Housing Next hopes to bridge the gaps between private markets driving investment in real estate with philanthropic investments and assistance in securing government incentives, such as tax credits and TIF funding.

“(Private developers) can get 70 to 80 percent of the way there purely on their capitalist economics and that’s different than most of the socioeconomic problems we try to solve,” Goorhouse said. “What we needed to do is help finish off the financial gap so there would be incentives for developers to build these units.

“We want to help make the math work for these developers by making sure the zoning processes are set up so they can use that 70 to 80 percent of capital to build in our community instead of Ohio, Indiana or other places.”

He added that by incentivizing these projects via philanthropic capital, Housing Next could earn a seat at the table when those conversations are being held.

“If we have some of our own local community capital in the game, we can have more influence on density, percentage of income, locations and look and feel of these projects,” Goorhouse said. “If you don’t have skin in the game, it’s harder to play hardball there; but if you do have dollars in it, you have a little more say in what’s being done.”

The first agenda item for the leadership council will be to hire a director for Housing Next, which will help shape the direction the organization will take in addressing the affordable housing shortage. Goorhouse said the ideal candidate would have to swim in all the lanes the organization is hoping to leverage, with a skillset that blends knowledge of public policy and land use with a background in securing financial backing.

The council hopes to find that candidate, whether they live in Ottawa County or come from out of the area, by the end of the year.

You can read the entire article on the website of our partner, the Grand Rapids Business Journal, or pick up this week's edition of the Business Journal on your newsstand.