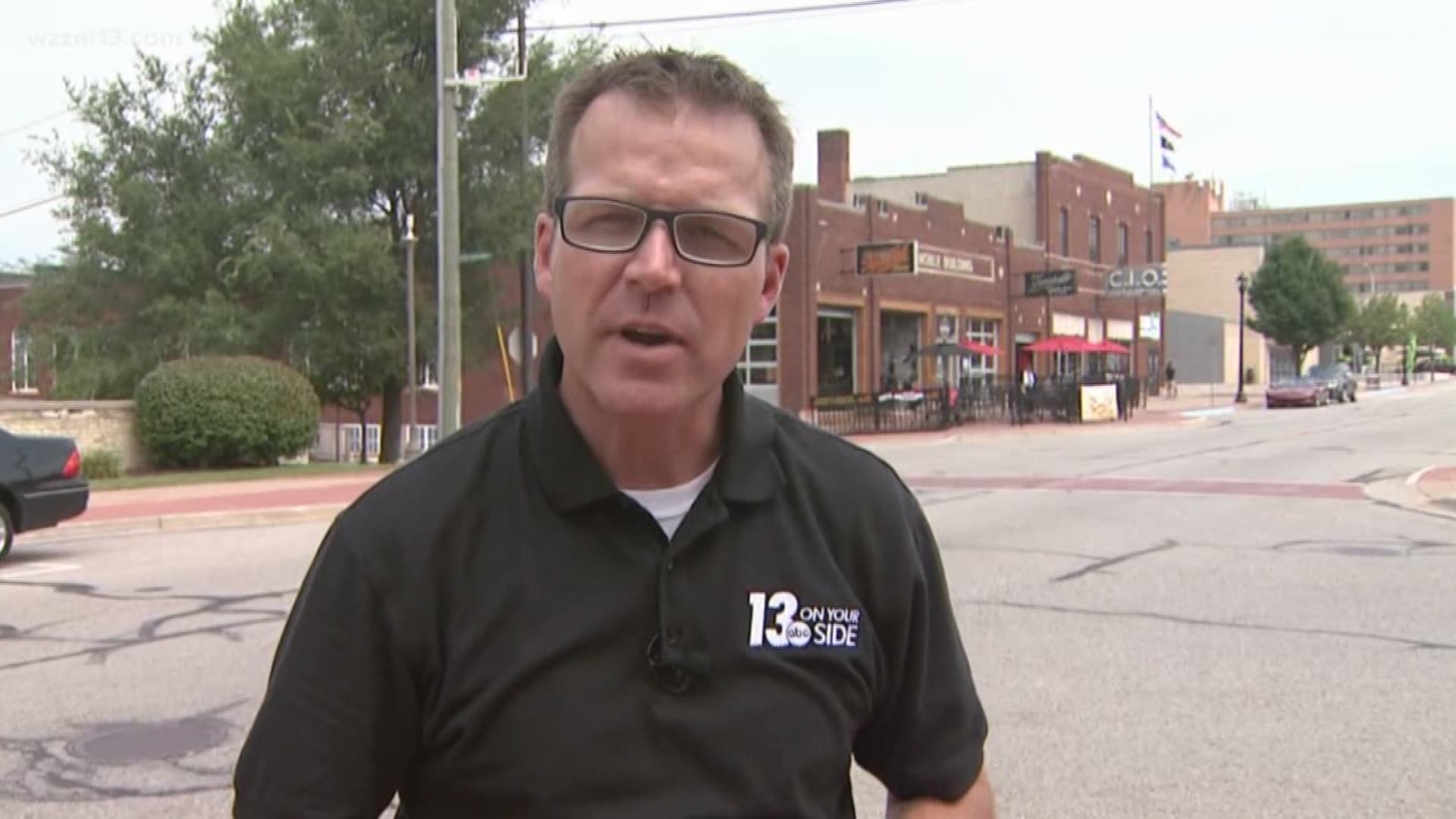 Their property search ended walking distance from their home base at a one-acre, seldom-used, city-owned parking lot on Shoreline Drive near the L.C. Walker Arena.

On Thursday, Aug. 9, heavy machinery arrived at the site to begin the process of removing asphalt from the former parking lot.

@PigeonHillBrew is expanding in downtown Muskegon with a new production facility. It's a big investment at a site that's been used as a parking lot for decades. More in the news tonight. @wzzm13 pic.twitter.com/pKrghFW842

Kamp said he and the brewery's other two owners wanted a larger and more visible space.

The new production facility will stand out to thousands of drivers who use Shoreline Drive on a daily basis, and visitors to Muskegon's downtown.

"We will have a lot of the tanks by the windows so you can see them from the outside," said Chad Doane, Pigeon Hill Brewing Company co-owner.

"We get to design the brew house like we want it."

The building is expected to cost around $1.5 million. Five additional workers will be needed when the facility goes on-line in the spring of 2019.

"Doubling production over the next five years is reasonable," Kamp said.