The United Auto Workers announced Saturday that President Gary Jones is taking a paid leave of absence amid a federal investigation of corruption within the union. 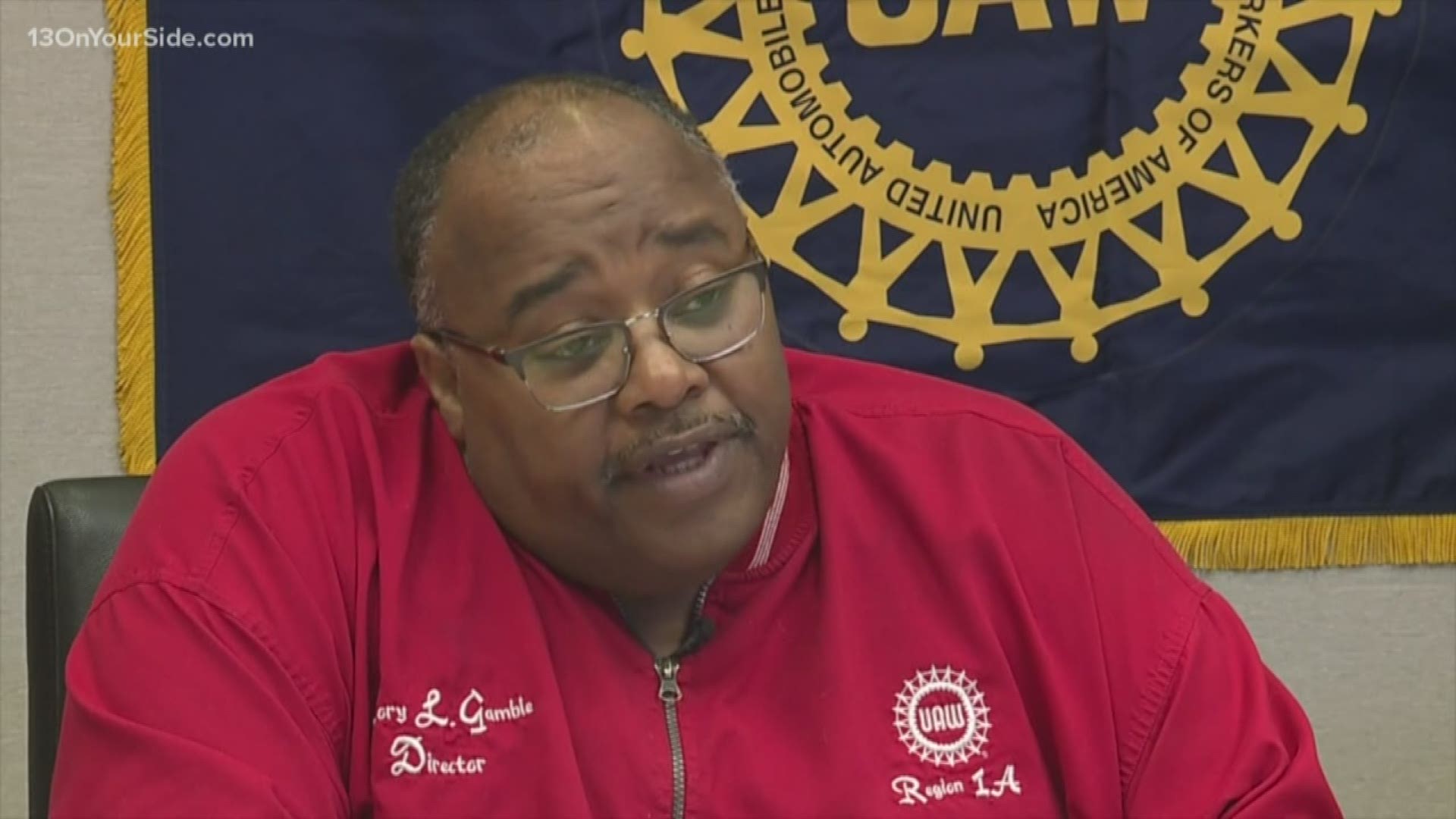 DETROIT — The acting president of the United Auto Workers said Wednesday that a corruption scandal plaguing the union will get worse before it gets better, but he's confident he can fix the mess and turn over a clean house to the next leader.

Rory Gamble, a union vice president who successfully negotiated a tentative contract with Ford, took over as acting president Saturday when President Gary Jones took a paid leave of absence.

In an interview with The Associated Press, Gamble pledged to put financial controls in place to stop the bribery and embezzlement uncovered in a widening federal investigation.

"We're going to plan for going forward and how we fix this great union," Gamble said. "Right now, that's my charge and what I came to this job to do, to make sure I hand to the next president a very clean and uncorrupted union."

Gamble, a former director of a union region based in Detroit, has a tough job to do.

Earlier Wednesday, a retired union vice president became the 13th person to be charged in the federal probe of the union and auto companies.

Joe Ashton is accused of receiving thousands of dollars in kickbacks from a contractor who made watches for union members. The 58,000 watches are still in storage five years later.

Ashton was charged with conspiracy to commit wire fraud and conspiring to commit money laundering. The case is filed in Detroit federal court as a "criminal information," which means a guilty plea is expected.

Ashton was a powerful official who headed the UAW's General Motors department. He also was a member of the GM board but resigned in 2017 after being implicated in the corruption probe.

The federal charges against Ashton are the latest fallout in the mounting corruption investigation. Federal agents have also searched the Detroit-area home of Jones, the union president, and the Corona, California, home of former president Dennis Williams.

According to court papers filed by prosecutors Wednesday, Ashton and two other officials of a joint GM-UAW training center, Michael Grimes and Jeffrey Pietrzyk, used their positions to get hundreds of thousands of dollars in bribes and kickbacks from 2012 until July 2016 in a scheme involving the purchase of $3.97 million worth of watches to be given to union members.

The men got a Philadelphia chiropractor to set up a company to buy the watches from a manufacturer and resell them to the union at an inflated price. They're accused of taking kickbacks from the chiropractor.

GM said in a statement that it was "deeply disturbed" by the allegations against Ashton and said it had not been aware of the scheme until it was revealed by the government.

UAW members recently ratified a new four-year contract with GM after a 40-day strike, and it has reached a tentative agreement with crosstown rival Ford, where workers are voting on the deal. It will then shift the bargaining focus to Fiat Chrysler.

If Jones does not return, Gamble would lead the union's 400,000 members until a convention in 2022, when a new president would be named. Gamble said Jones could return to his job if he can clear his name. In the meantime, the union will protect his income until he is either charged or convicted of a crime, which has not happened.

Gamble understands that union members are upset that hundreds of thousands of dollars in dues have been misspent, some on expensive villas in gated communities, golf greens fees, cigars, golf clothing and wine. Jones has been implicated in the misspending, which occurred in the Missouri-based region where he was director before becoming president last year.

"They shouldn't be happy. Believe me, I'm not happy as well," Gamble said. "I've known and worked with these people and I feel very betrayed."

Gamble plans to meet with the union's executive board on Thursday and says he'll announce steps next week that are designed to stop corruption from happening again.

The union, he said, will go to a strict process of getting three bids for purchases, with vendors coming from an established recommended list. "We will be putting controls in place to make sure everyone adheres to the standard," he said.

Court documents list at least five unidentified union officials as being suspects in the corruption, raising the possibility that a federal takeover may be needed to root out corruption. Gamble says he doesn't know the government's intentions, but he doesn't think a takeover will be necessary.

He also knows that some members want to change the way future presidents are elected, moving it away from being voted on by delegates to a direct vote of the membership. Gamble said members have a right to make that change, but he is against it because it would put leaders in a constant state of campaigning for re-election, he said.

Gamble said he is "absolutely blown away" by the misconduct by union officials. "This is a testament to just how deep human frailties can go," he said. 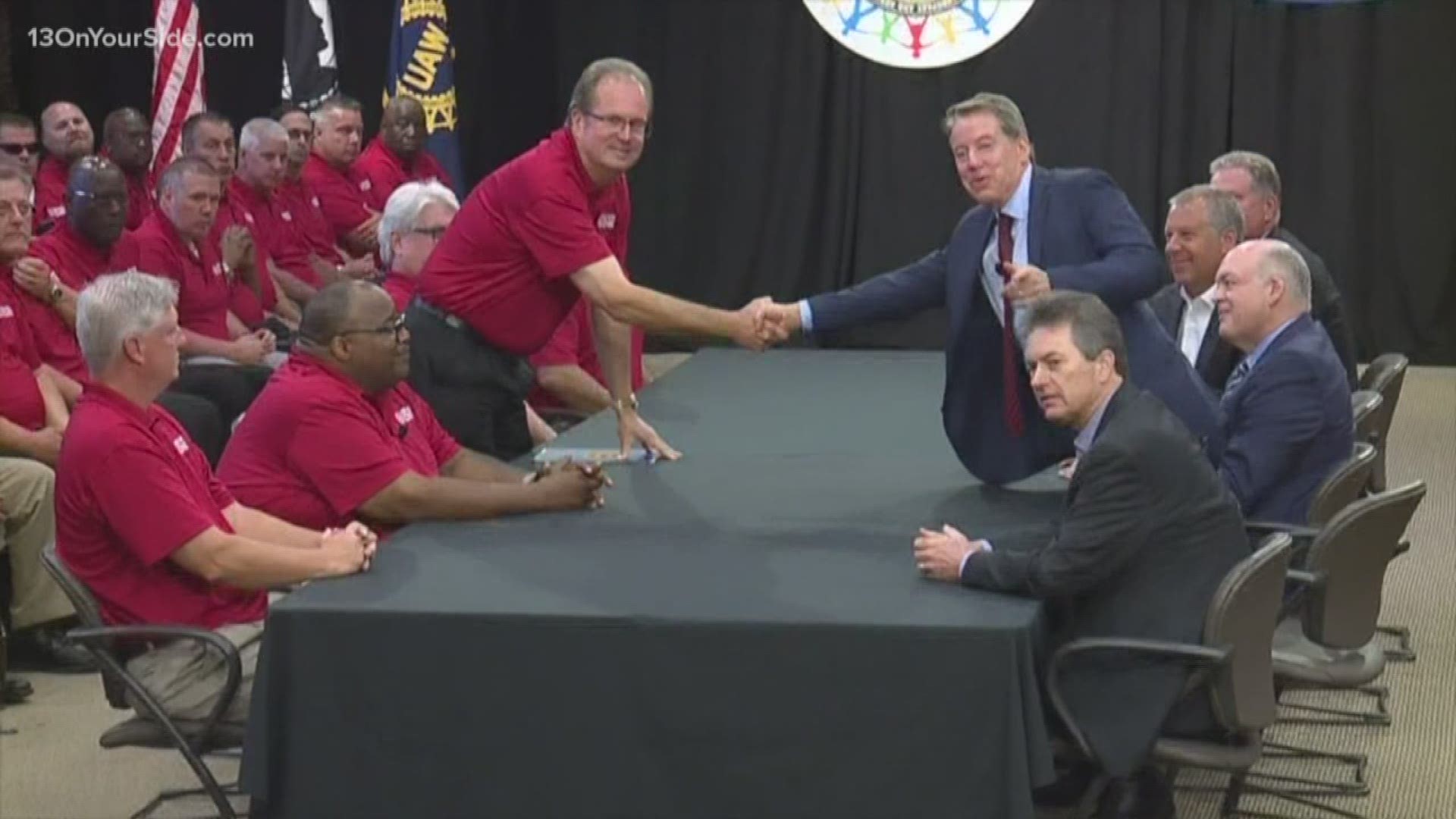