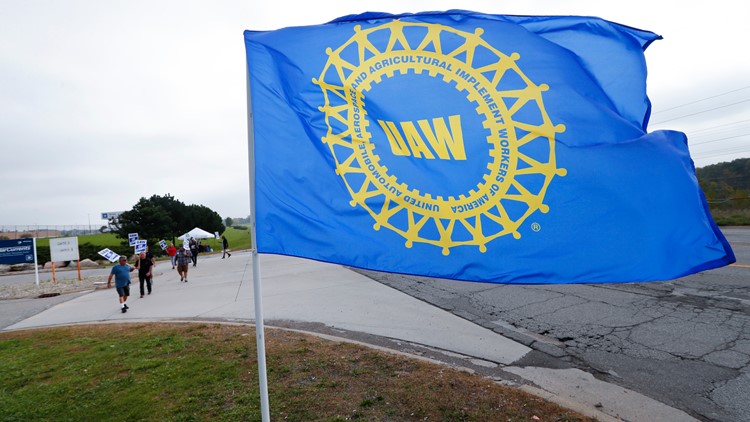 Photo by: AP
File- In this Sept. 30, 2019, file photo a UAW flag flies near strikers outside the General Motors Orion Assembly plant in Orion Township, Mich. A General Motors contract offer to striking union members has wage increases or lump-sum payments in all four years. But a person briefed on the offer says it was rejected because it took money from other places to fund profit sharing and didn’t give temporary workers a clear path to a full-time job. Still, the offer made late Monday is likely to be the framework for whatever agreement is reached to end the strike by 49,000 workers that has halted production in the U.S. and severely cut output in Mexico and Canada. (AP Photo/Paul Sancya, File)

Whitmer visited workers on the picket lines at a GM plant near the state capital of Lansing Monday as the strike entered its fourth week. She says it's important for both sides to find common ground as quickly as possible.

Whitmer is concerned about the state's economy as the strike impact spreads to the automobile supply chain.

Other 13 ON YOUR SIDE coverage on the UAW strikes: