If the deal becomes final, top union leaders have to approve it, as do factory-level officials who are likely to gather next week to vote on it.

Credit: AP
FILE - In this Feb. 14, 2019, file photo, the Fiat logo is mounted on a 2019 500 L on display at the 2019 Pittsburgh International Auto Show in Pittsburgh. Fiat Chrysler is in talks to produce self-driving commercial vehicles with Aurora, an autonomous vehicle company led by former Google, Tesla and Uber executives. FCA and Aurora have a deal to lay the groundwork for a partnership to use Aurora's self-driving system globally in Ram and Fiat vehicles used for deliveries and other duties. (AP Photo/Gene J. Puskar, File)
Author: Tom Krisher (AP Auto Writer)
Published: 11:06 AM EST November 30, 2019

DETROIT — Bargainers for the United Auto Workers union and Fiat Chrysler are close to reaching a tentative deal on a new four-year contract, a person briefed on the matter said Saturday.

The deal, which could be announced Saturday, includes a $9,000 signing bonus, a promise not to close any factories for the next four years and a commitment to keep making vehicles at a plant in Belvidere, Illinois, said the person, who spoke on condition of anonymity because the talks are confidential.

If the deal becomes final, top union leaders have to approve it, as do factory-level officials who are likely to gather next week to vote on it. Then it must be ratified by Fiat Chrysler Automobiles’ 47,000 union workers.

Fiat Chrysler is the last company to settle on a new contract with the union. GM settled Oct. 31 after a bitter 40-day strike that paralyzed the company’s U.S. factories, but Ford reached a deal quickly and settled in mid-November.

Talks have focused on Fiat Chrysler for almost two weeks, and both sides negotiated into the early morning hours earlier this week before taking a break for the Thanksgiving holiday. Talks were to resume Saturday morning. Union Vice President Cindy Estrada, the lead negotiator with Fiat Chrysler, said last week that there was progress, but difficult issues remain.

The Illinois factory west of Chicago now makes the Jeep Cherokee small SUV and employs about 3,700 union workers on two shifts. It could get a new vehicle in the agreement, although details weren’t available early Saturday.

The $9,000 signing bonus isn’t as much as the $11,000 that GM workers got, but it’s equal to the money paid to Ford workers. The rest of the pact is likely to mirror those approved at GM and Ford. Both companies gave workers a mix of pay raises and lump-sum payments, signing bonuses, an end to a two-tier pay scale for full-time workers and a clear path for temporary workers to go full-time.

The union also got commitments for new vehicles to be built at several GM and Ford factories.

Even if union leaders approve the deal, ratification isn’t guaranteed. In 2015, workers voted down the first deal reached with Fiat Chrysler but approved a second one.

Fiat Chrysler apparently is agreeing to the “pattern” agreement reached with GM and Ford even though the company’s CEO said earlier this month that all of the companies are in different labor circumstances. Following the same deal would cost Fiat Chrysler more because the makeup of its workforce is different. FCA has more temporary workers than either GM or Ford, and it also has more so-called “second tier” workers hired after 2007 who now make less than longtime workers.

The deal with Ford and GM gives pay raises to workers hired after 2007, so they reach top UAW production wages of more than $32 per hour within four years. It also gives temporary workers a path to full-time jobs within three years.

In addition, about 11% of Fiat Chrysler’s UAW workforce is temporary, while Ford has a cap at 8% and GM is around 7%.

Fiat Chrysler in past years has enjoyed a labor-cost advantage compared with Ford and GM. FCA’s labor costs, including wages and benefits, amounted to $55 per hour going into the contract talks, while they were $61 at Ford and $63 at GM, according to the Center for Automotive Research, an industry think tank. That compares with an average of $50 per hour at U.S. plants owned by foreign-based automakers.

General Motors alleges that the move, which it contends cost it billions of dollars, was aimed at forcing a merger with Fiat Chrysler that was desperately sought by FCA CEO Sergio Marchionne, who died in 2018. Last month, Fiat Chrysler announced plans to merge with France’s PSA, which will create the world’s fourth-largest auto company worth $50 billion.

The Fiat Chrysler talks could be complicated by an ongoing federal bribery and embezzlement investigation into some of the UAW’s leadership, which started at Fiat Chrysler. Many workers at the company have been suspicious of the union’s leadership since the scandal became public in 2017.

Union President Gary Jones, whose home was raided by federal agents and is implicated in the scandal, resigned from the union last week. He has not been charged but has been linked to a plot to embezzle union conference funds to buy expensive cigars, wines, rounds of golf and stays at exclusive villas. Jones lawyer J. Bruce Maffeo says all the expenses were reported in detail and never questioned by the union’s accounting department or executive board. 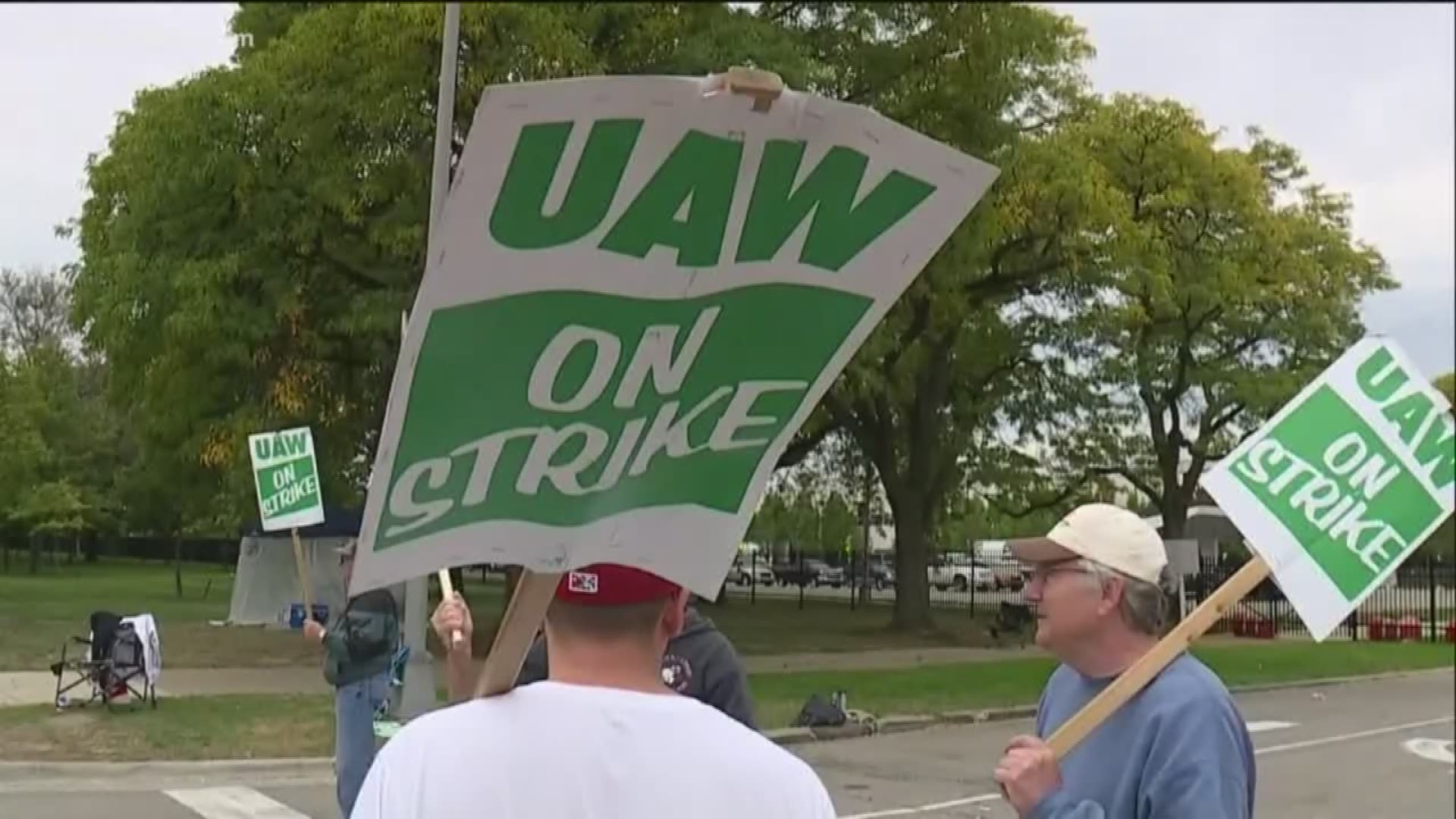