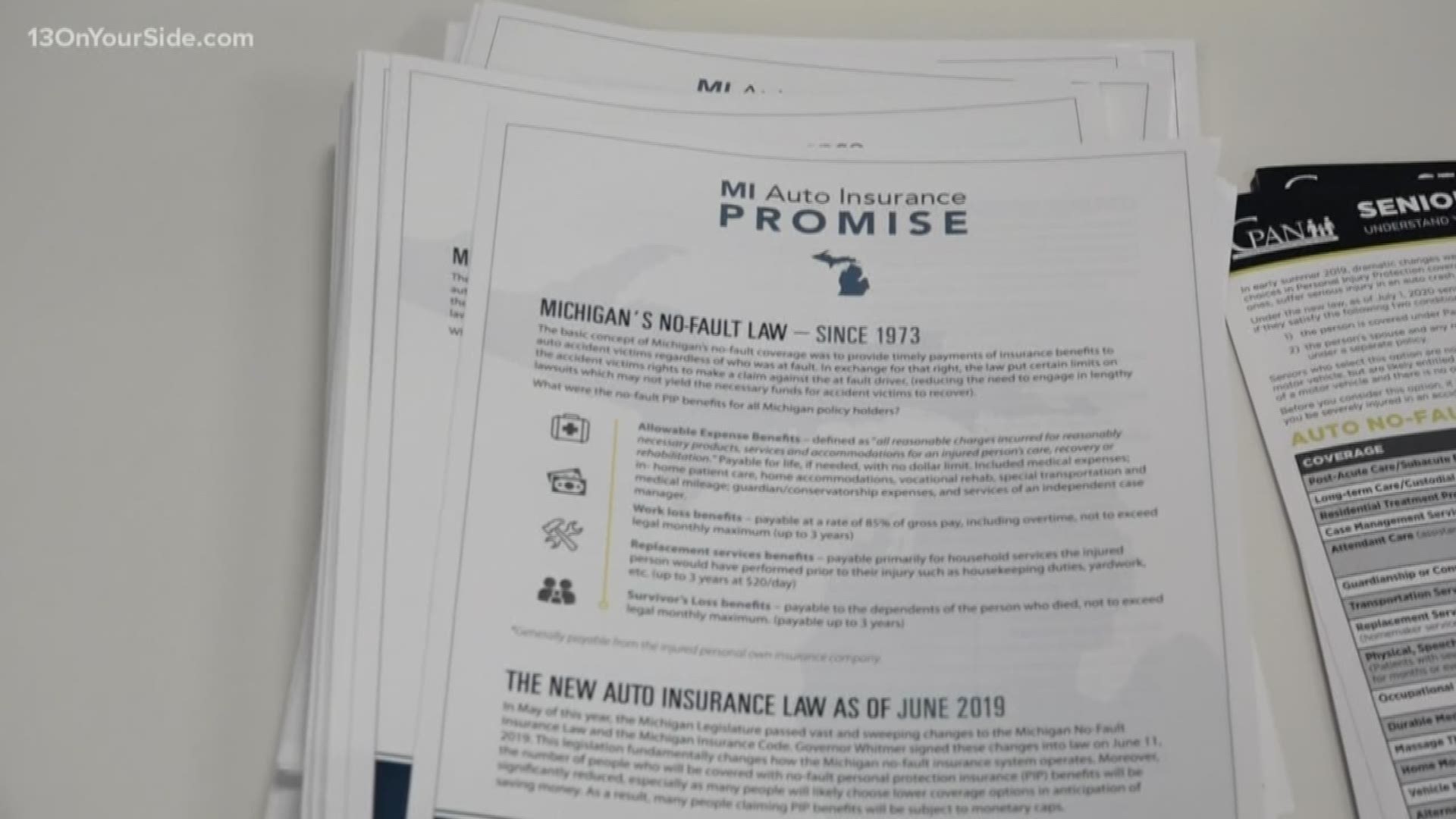 GRAND RAPIDS, Mich. — A West Michigan-based personal injury lawyer said drivers are going to have a difficult decision to make when deciding on the amount of medical coverage they want to include on their auto insurance policy come July.

In May of 2019, Gov. Whitmer signed a new Michigan car insurance law that will take effect on July 1, 2020 in hopes of reducing the cost for Michigan drivers, protecting insurance coverage options, and strengthen consumer protections, according to the Michigan Department of Insurance and Financial Services.

However, Tom Sinas, a lawyer at the Sinas Dramis Lawfirm said whether anyone saves money remains to be seen and if anyone does, it's not going to be substantial.

In July, drivers who do want unlimited medical coverage for crash injuries will only need to pay $100 per vehicle, which is 55% less than the record-high $220 annual fee currently being paid, according to the Associated Press.

Under the old law, Michigan drivers who were involved in an automobile accident were entitled to receive no-fault benefits which included medical expense benefits that didn't have monetary restrictions, according to Sinas.

"We called it auto insurance but it really functioned like health insurance," he said.

He said it was one of the best forms of health insurance an auto accident victim could have. But under the new law, drivers are going to be asked whether or not they want to choose to limit the amount of their coverage for their medical expenses to a certain dollar figure.

He said people will have to decide whether that risk is worth it for them. He said he's concerned that people aren't making choices, but guesses instead.

"And if they make the wrong guess, then it's them and their family who are going to be left without the coverage that they need and at that point it's too late," he said.

He said the most common question he gets is how drivers can protect themselves and their families.

He advises drivers and family buy as much liability coverage as they can afford because under this new system there will be more people who have a limited amount of medical expense coverage under their no-fault policy. Meaning that if a driver causes an accident, and seriously injures another person, and that injury requires a lot of medical care then the driver could be responsible for their medical bills.

He said that has never happened since 1973.