MSU shows off autonomous vehicle technology at the 2018 auto show 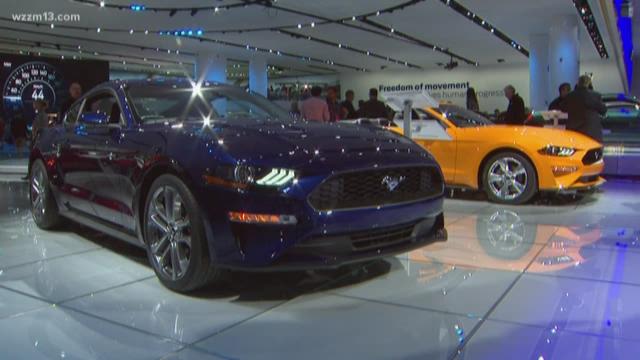 The CANVAS group displayed its 2016 Lincoln MKZ hybrid at the tech-driven Automobili-D segment of the North American International Auto Show (NAIAS) in Detroit on Monday, Jan 15. The segment features more than 180 brands, from automakers to tech startups.

"We want to enable the vehicle to drive autonomously in a blizzard condition," he said. "This is really something that has not been addressed."

The vehicle gathers data through the various sensors to create a map of the environment. CANVAS then creates algorithms that allow the vehicle to maneuver autonomously.

"The vehicle will be able to monitor and perceive its environment 360 degrees all the way around," Radha said.

In April 2017, GM selected MSU as one of eight North American universities to participate in the three-year Auto-Drive Challenge. The schools partner with GM and suppliers to make a fully autonomous car.

A research vehicle like this costs between $250,000-$500,000, but the cost will drop immensely once the technology is standardized, made smaller and installed in regular vehicles, Radha said.

"We anticipate, in the long term, the vehicle will cost in a very comparable fashion to what a vehicle costs today," he said.