UAW says GM should have made latest offer sooner

More than 49,000 GM workers walked off their jobs just after midnight Monday. 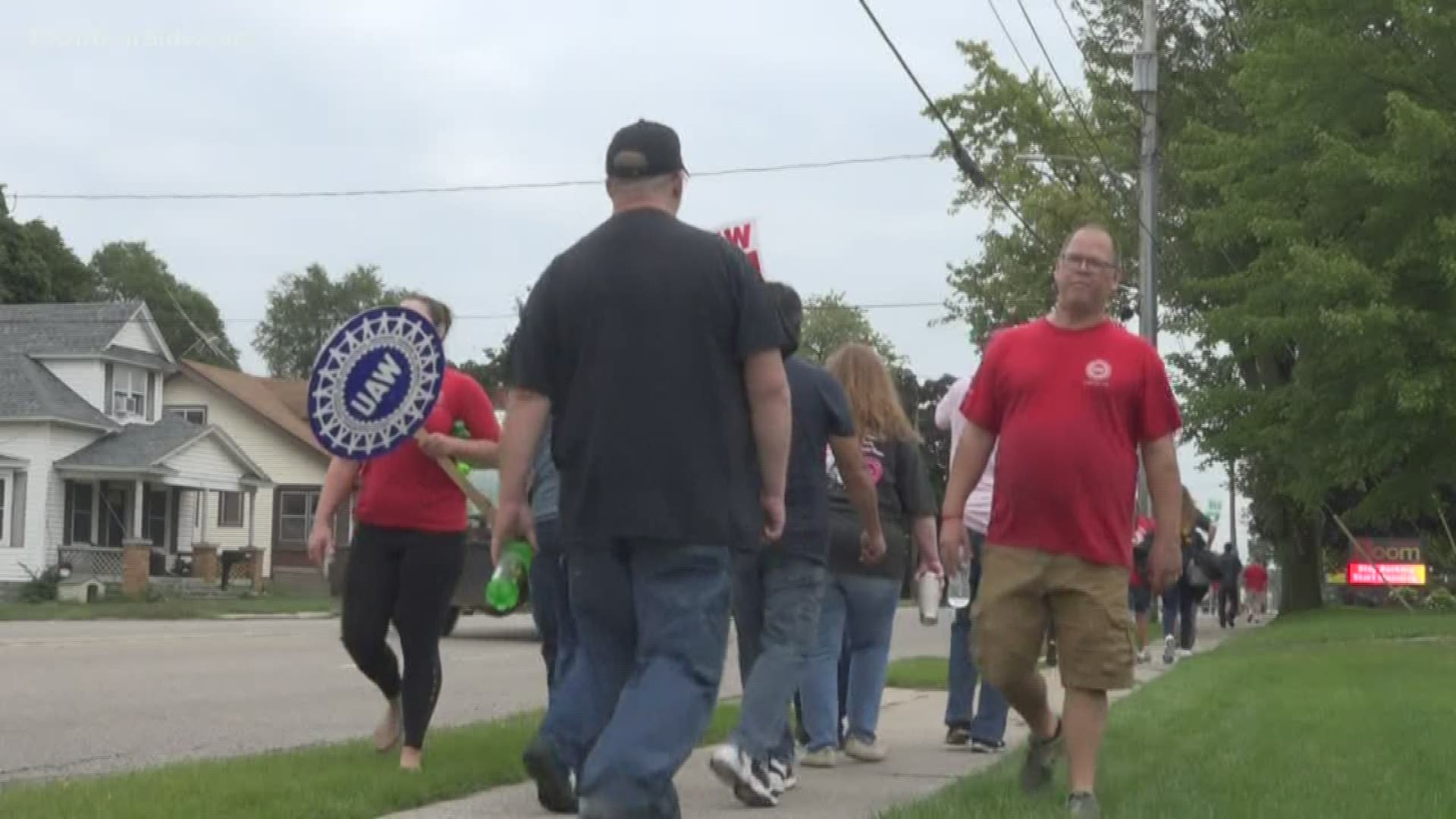 DETROIT — (AP) - A strike by over 49,000 United Auto workers against General Motors could have been averted had the company made its latest offer sooner, the union's top negotiator said in a letter to the company.

In the letter dated Sunday, UAW Vice President Terry Dittes told GM's labor relations chief that the latest offer could have made it possible to reach an agreement and avoid the strike that shut down more than 50 GM factories and parts warehouses just after midnight on Monday.

The letter could suggest that the company and union aren't as far apart as the rhetoric leading up to the strike had indicated. Negotiations resumed in Detroit on Monday after breaking off during the weekend.

But union spokesman Brian Rothenberg said they have come to terms on only 2% of the new four-year contract. "We've got 98% to go," he said Monday.

In the letter to Scott Sandefur, GM's vice president of labor relations, Dittes wrote that the company waited until just two hours before the contract expired on Saturday night to make its first serious offer. "Had we received this proposal earlier in the process, it may have been possible to reach a tentative agreement and avoid a strike," Dittes wrote.

A week ago he had told union members that GM was moving slowly in bargaining.

RELATED: How the UAW strike on GM could affect West Michigan

On Sunday, Dittes said a strike is the union's last resort but is needed because both sides are far apart in negotiating a new contract.

In the letter released by the union Monday, Dittes wrote that there are many important items left in the talks including wage increases, pay for new hires, job security, profit sharing and treatment of temporary workers.

"We are willing to meet as frequently, and for as long as it takes, to reach an agreement that treats our members fairly," Dittes wrote.

GM said Sunday it offered pay raises and $7 billion worth of U.S. factory investments resulting in 5,400 new positions, a minority of which would be filled by existing employees. GM would not give a precise number. The company also said it offered higher profit sharing, "nationally leading" health benefits and an $8,000 payment to each worker upon ratification.

Before the talks broke off, GM offered new products to replace work at two of four U.S. factories that it intends to close.

The company pledged to build a new all-electric pickup truck at a factory in Detroit, according to a person who spoke to The Associated Press on condition of anonymity. The person wasn't authorized to disclose details of the negotiations.

The automaker also offered to open an electric vehicle battery plant in Lordstown, Ohio, where it has a huge factory that has already stopped making cars and will be closed. The new factory would be in addition to a proposal to make electric vehicles for a company called Workhorse, the person said.

It's unclear how many workers the two plants would employ. The closures, especially of the Ohio plant, have become issues in the 2020 presidential campaign. President Donald Trump has consistently criticized the company and demanded that Lordstown be reopened.

Early Monday, workers shut down 33 manufacturing plants in nine states across the U.S., as well as 22 parts distribution warehouses.

It's the first national strike by the union since a two-day walkout in 2007 that had little impact on the company.

Here are the main areas of disagreement: 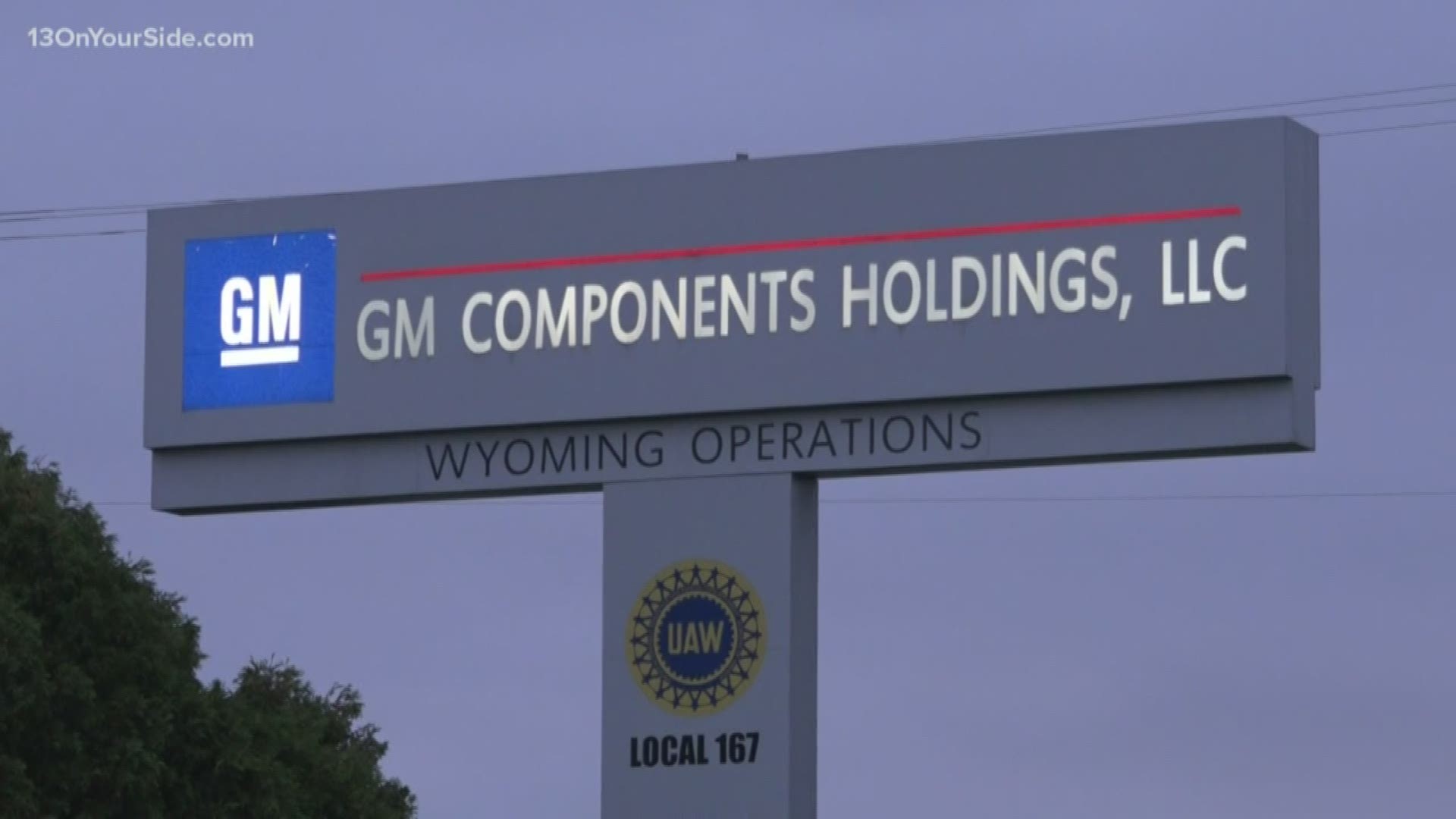