Consumer alert: Check your invoices before you pay

BBB of West Michigan says watch out for scam involving fake invoices being sent to businesses. 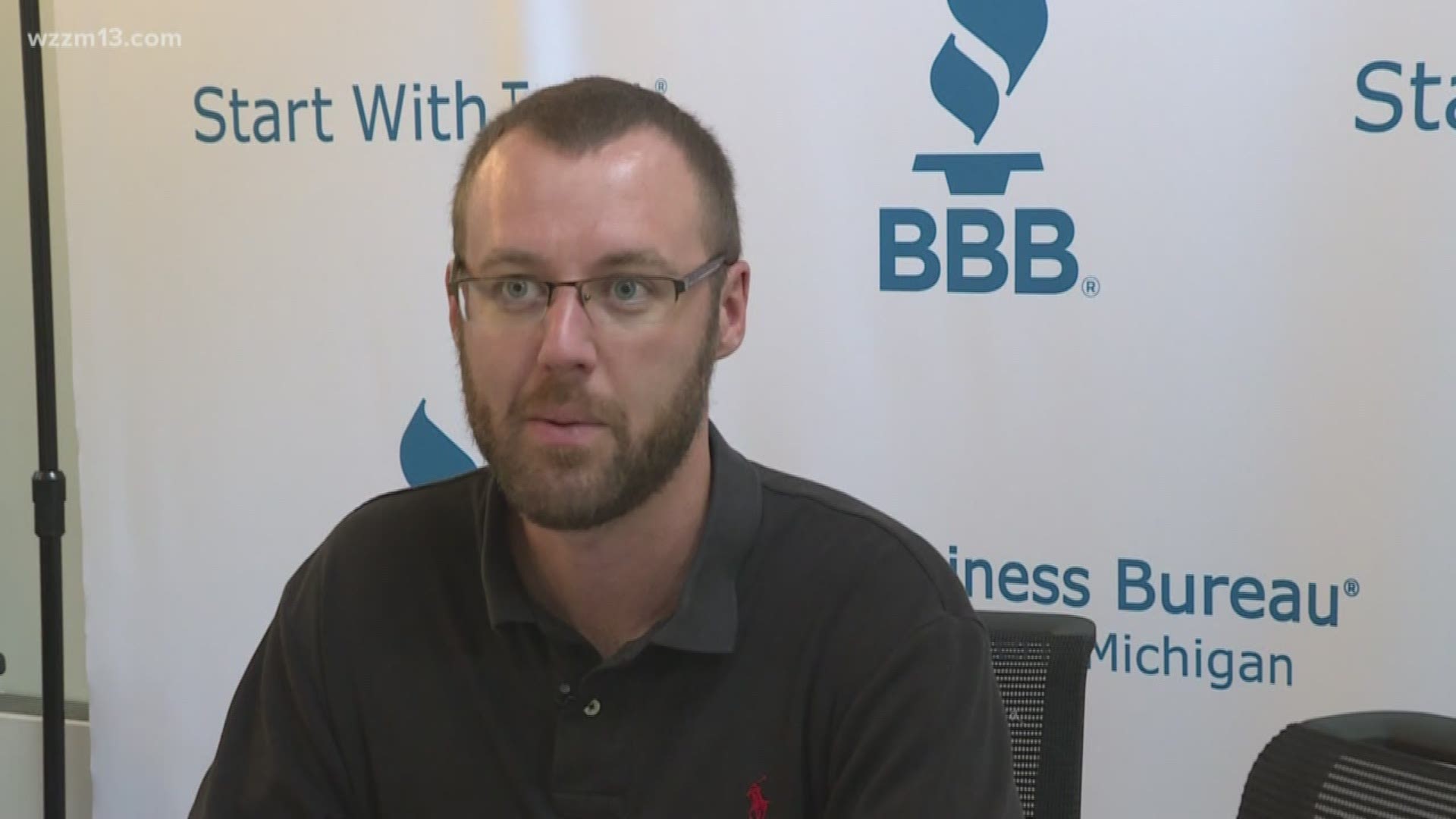 In this case, the Better Business Bureau of Western Michigan said it was a fake invoice that came from an address in Grandville.

The BBB of West Michigan received the complaint in July. It came from a small engine repair store in Maine that received a bill for search engine optimization services.

"When the business looked into things, they realized they hadn't signed up for or requested these services," said John Masterson with the BBB. "They were miffed as to why they were getting this invoice."

The bill was for $829 and it came from National Media Group. The address listed online is 2885 Sanford Avenue SW in Grandville.

Masterson said the United States Postal Service confirmed it was not a legitimate address. The number on the website also goes directly to voicemail. So far, no one from the National Media Group has called back.

"When you figure they send invoices out to 1,000 or more people, they only need two to pay the phony invoice to make it profitable."

The BBB says you should always verify before you pay, never pay anyone using gift cards or wire transfer if you don't know who they are and search the address online. In this case, other people indicated that the address listed on the website was involved in a scam.