Overall, she was happy with the work. In January, she got a letter from a lumber company threatening to put a lien on her house. 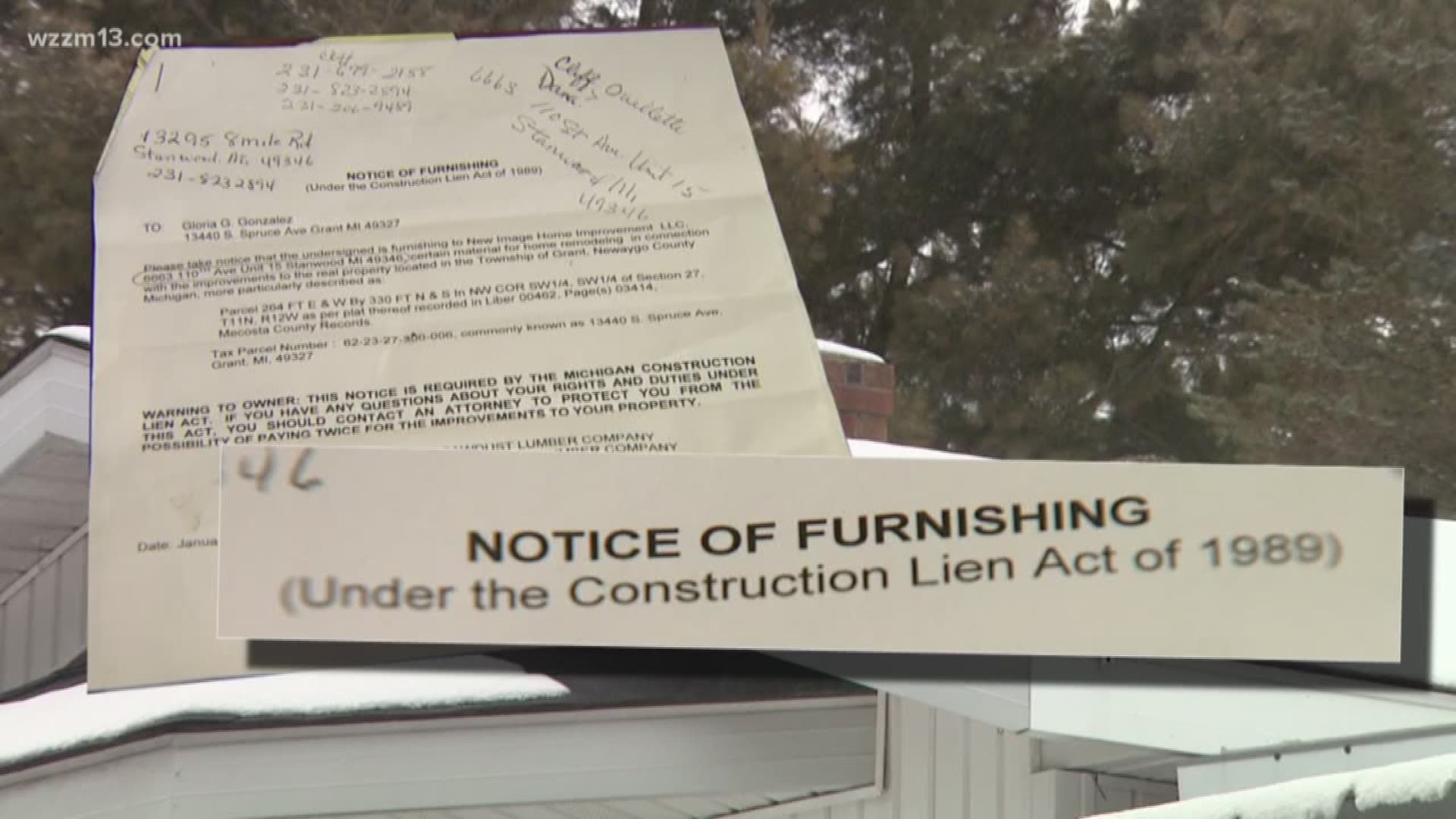 It's one of the top consumer complaints we get at 13 On Your Side. Viewers have lots to say about bad contractors, and most of the time it's about unfinished work. But, this time, it's about a contractor not paying for the supplies.

"I had several people come out and do estimates and he was in my budget," says Gloria Gonzalez of Grant. Back in September of 2017 she chose New Image Home Improvement in Stanwood. The quote was for a new roof on her home for $8,742.

“I paid in two installments. Half up front. The other half when job was terminated."

The contractor finished in November. Gloria showed us both checks had been cashed.

Overall, she was happy with the work. Then, in January, she got a letter from a lumber company threatening to put a lien on her house. She called the manager who told her the contractor from New Image Home Improvement never paid for his supplies.

Chris Hastings, Professor at Cooley Law School says reputable builders don't do that. He says it's all part of the Construction Lien Act. "To protect subcontractors, it allows them to put liens on projects they supplied the labor or material for." That means the lumber company could recoup its losses, if Gloria was to sell her house.

Hastings says there are also laws that protect the consumer. "The funds she paid to the contractor. There are trust funds. The contractor is supposed to hold those in trust. If those funds aren't passed on, it's a felony."

13 On Your Side tried contacting New Image Home Improvement. We went to the address on the receipt and were told the two owners had moved. When we called, one of them answered. It was the contractor who did the work. When he heard why we were calling, he hung up. Twenty minutes later, he called back with the other owner on the line. They wouldn't go on camera, but wanted us to know they filed for bankruptcy. Court documents show over one hundred creditors are owed money. The State of Michigan's office of Licensing and Regulatory Affairs shows the company is dissolved.

"I'm hoping they don't put a lien on my house. I'm hoping this can be rectified and just go away," says Gloria.

So far, there isn't a lien on her house. If there was, she would likely have to hire an attorney since the problem isn’t easy to fix. The best thing you can do is to be proactive when looking for a contractor. Make sure the company gets good reviews. In this case, there are several complaints online. Also, find out if they have a builder's license. In this case, we couldn't find one for the contractor who did the work.