How to check charities before donating on Giving Tuesday

There are three websites that you can check into a nonprofit before placing a donation. 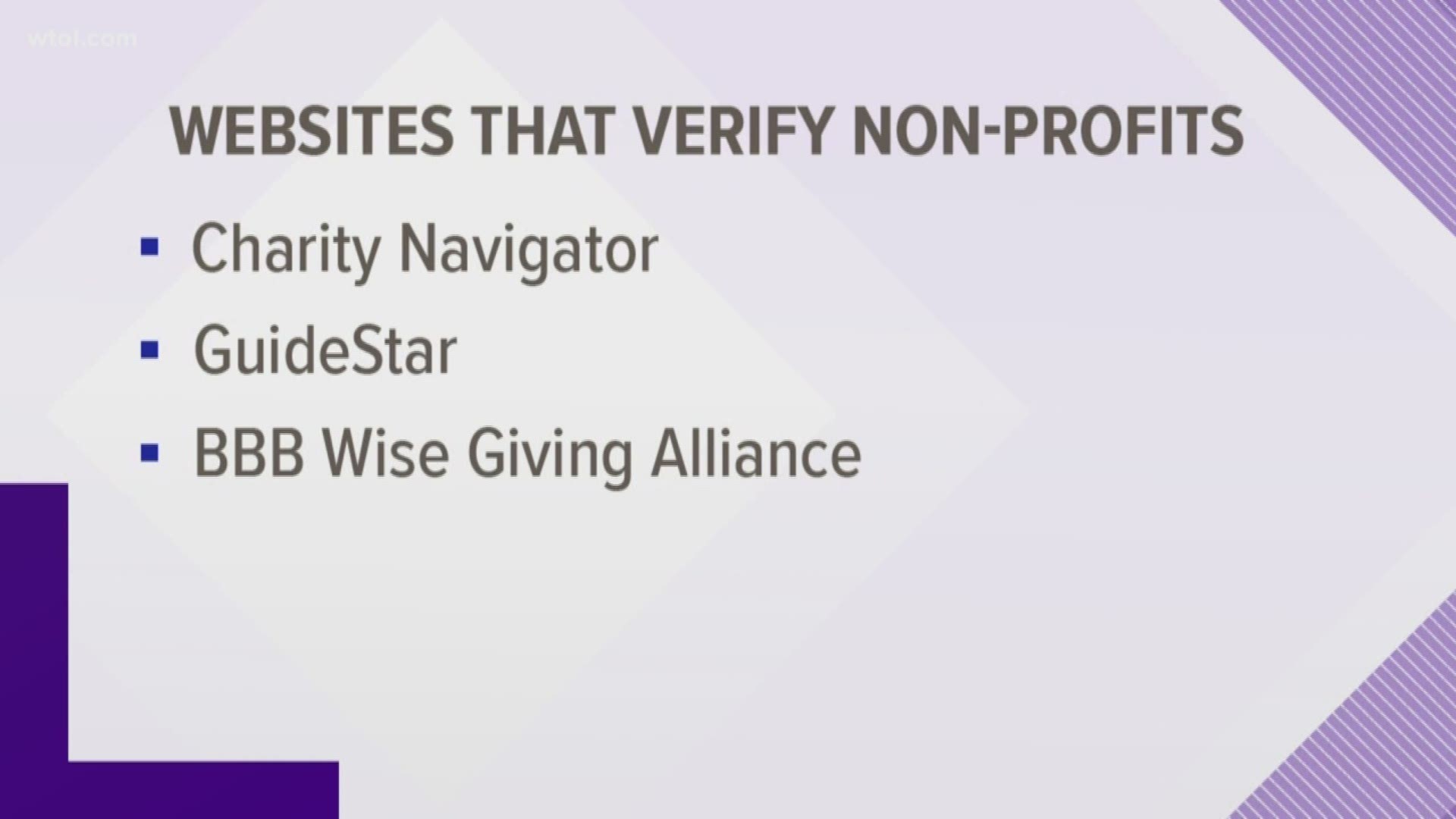 TOLEDO, Ohio — In this season of generosity, we want to make sure when you give back your money is going where you think.

Over $400 million were raised last Giving Tuesday with more than 3.6 million people making online donations, according to givingtuesday.org.

"Find an organization that you are really passionate about and already involved with because it's important to know something about the organizations you're giving back to," Kirsta Tull with United Way of Greater Toledo said.

It's a day that breaks up the hustle and bustle while chasing down the best deals at the mall or hoping a product is still on stock online. But, just like you check product reviews, it's important to make sure the nonprofit is reliable.

"We have definitely had people share their experiences about that with us, and that's when I tend to suggest that they get closer to the organization," Tull said.

There are also online databases designed to let you know whether or not the nonprofit checks out. Charity Navigator, GuideStar and the Better Business Bureau all have areas where you can type in the non-profit, make sure they are legitimate and even assess how they use the money they're given.

Charity Navigator has also posted lists of organizations based on size, popularity, and even it was endorsed by a celebrity.

"If you don't have an idea of where you want to give your dollars on Giving Tuesday, this can help guide you a little bit," Tull said.

With the rise of social media, it's a quick way to verify if a national organization that you haven't had any personal interactions checks out.

"There are definitely some legitimate ones out there, but definitely make sure you're careful and looking into it, ensuring that it's a valid organization and you're not just clicking through and making the gift before you know," Tull said.

This is the second year the United Way is flipping the script and going around local businesses that donate for what they're calling Thanking Tuesday.

RELATED: How you can help local nonprofit organizations on Giving Tuesday