The $20 bills were used in the Plainfield corridor between April 16 and the 19. 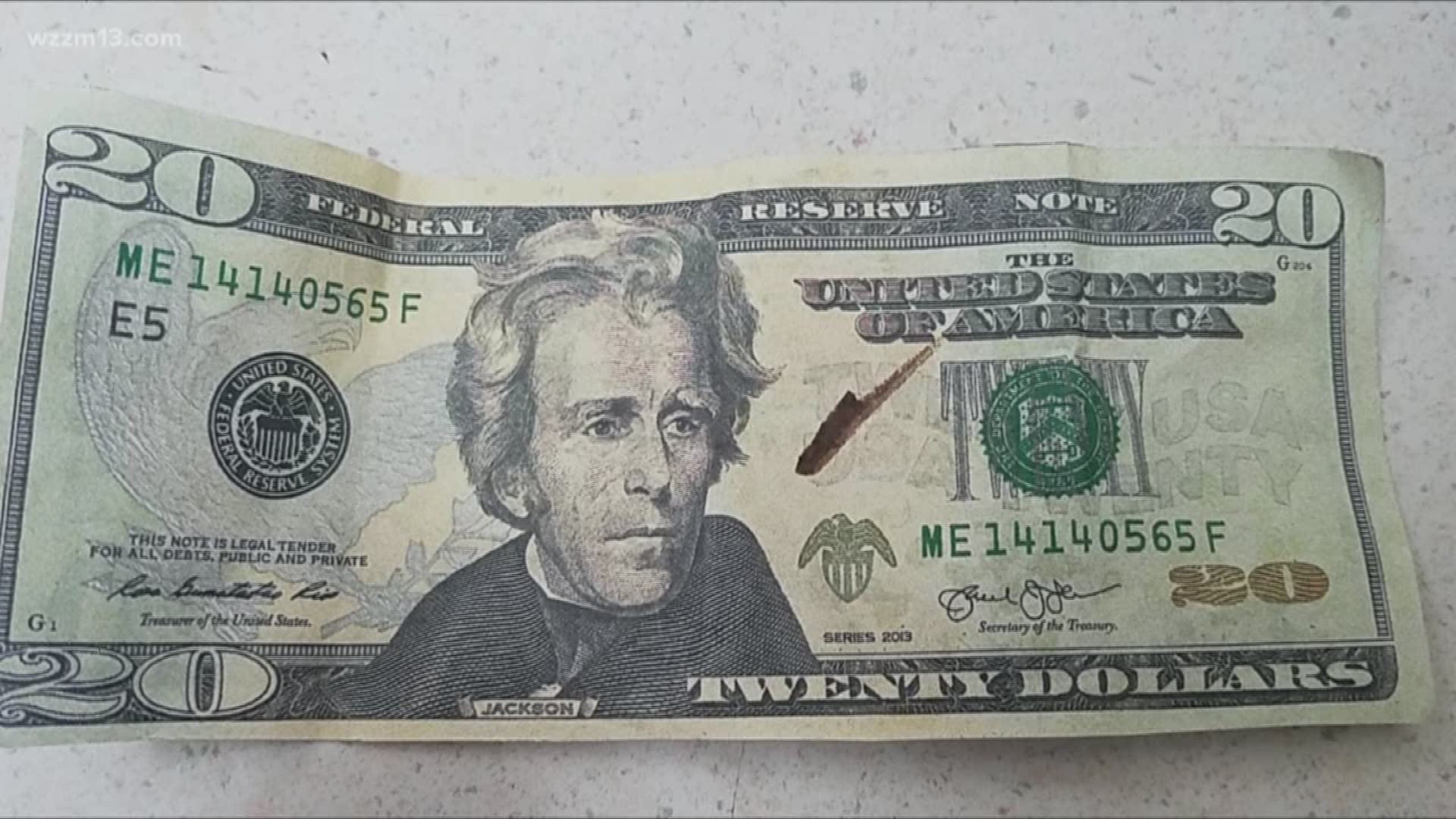 Grand Rapids police are asking business owners in to be on the lookout for counterfeit money.

The fake bills were most recently used along Plainfield Avenue.

The $20 bills were used in the Plainfield corridor between April 16 and the 19. Several restaurants and gas stations were hit over the four days.

Grand Rapids police arrested 40-year-old Eugene Bilal Anderson, although they think there is more than one person involved.

This week, there was another incident on Plainfield, but police aren't sure yet, if its connected to the others.

Two young girls tried to use the fake money at the Frosty Boy on Plainfield Avenue. The employee caught the counterfeit bill and took it from them.

Owner Alyssa Naumann says, “a couple of girls under the age of ten showed up with fake $20 bill. It was apparent from the look of it that it had been printed. My staff is well trained, so we hold it up to light and use a counterfeit marker. The girl turned to the other and said I told you so and they left."

Police say if you don't have one of the pens, it’s worth getting one. They cost a few dollars apiece.

As for Anderson, he is charged with Uttering and Publishing for allegedly passing off those counterfeit bills. If convicted, he faces up to 14 years in prison.

Grand Rapids police are also looking for his female companion that also might be involved.