Voca Ford, a Tri County High School senior, started taking college classes when she was 12 years old and has now earned her Associate's degree from GRCC. 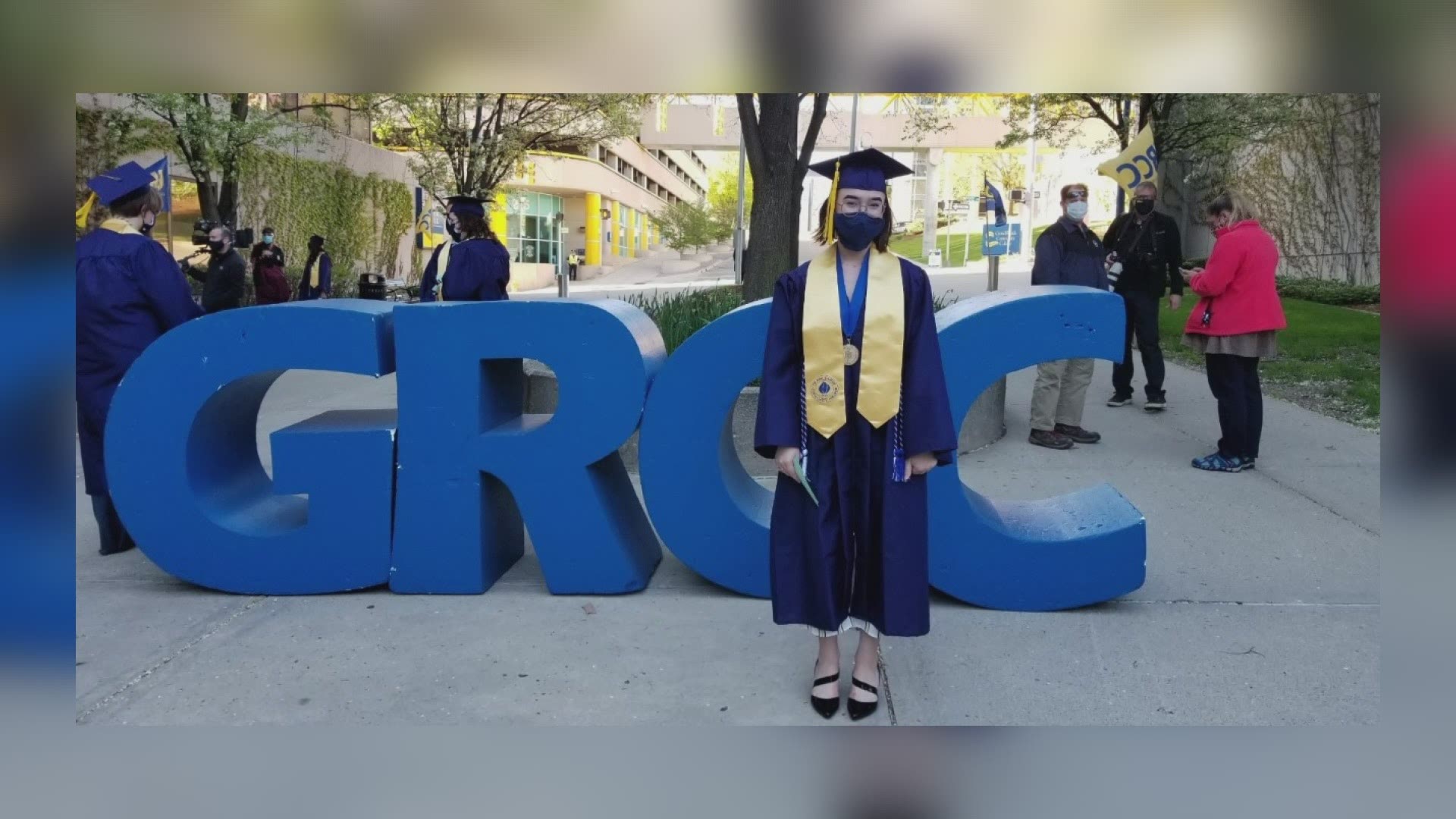 She’s in three different bands at school, the choir, does theater, and has even stepped in to teach at Tri County Middle School.

The high school senior skipped two grades early on in her academic career and started taking classes at GRCC at the age of 12.

“Every second that I’ve spent on all of this hard work has been worth it. I love being able to learn everything that I’ve learned over the past four years, especially at GRCC, and all of the band programs that I’ve been a part of," Voca said.

While Voca has had very little free time over the last four years, that’s okay with her.

“I kept myself busy even during COVID times with as much stuff as I can do," she said. “All of my teachers here have been super supportive of all I've been doing, even the ones that are upset that I skipped over their classes.”

One teacher’s class she never skipped out on was band with Mr. Ryan Schultz.

“We’re lucky, especially in the band program. We see great students. Voca would be at the top of that. She’s an exceptional student but not only that, she’s a good person," Schultz said.

Tyana Ford, Voca’s mom, works at Tri County High School and says the hardest part about raising her daughter was keeping her occupied and challenged.

“I think it is always good to let them pursue what they want to. Don’t limit them. Don’t put them in the box. Let them explore and achieve all that they can," Ford said.

Now with 61 college credits under her belt, Voca is ready for the next step in her education. Her dream is to become a psychiatrist.

“I think that everybody deserves to be treated and to be able to take care of their mental health. I would like to help people in that way," Ford said.

With unwavering determination, there’s no doubt that she will achieve everything she sets her mind to.

The possibilities are endless for Voca. She's in the process of applying to college.

In 10 years or less, she’ll probably have her doctorate degree with her own psychiatry practice. The only thing she has planned this summer is to take part in a local theater production, but other than that she plans to finally enjoy a break from school.