The Grand Rapids Police Department surprised Kennedy on Saturday before Nana's Run and made her an Officer For A Day. 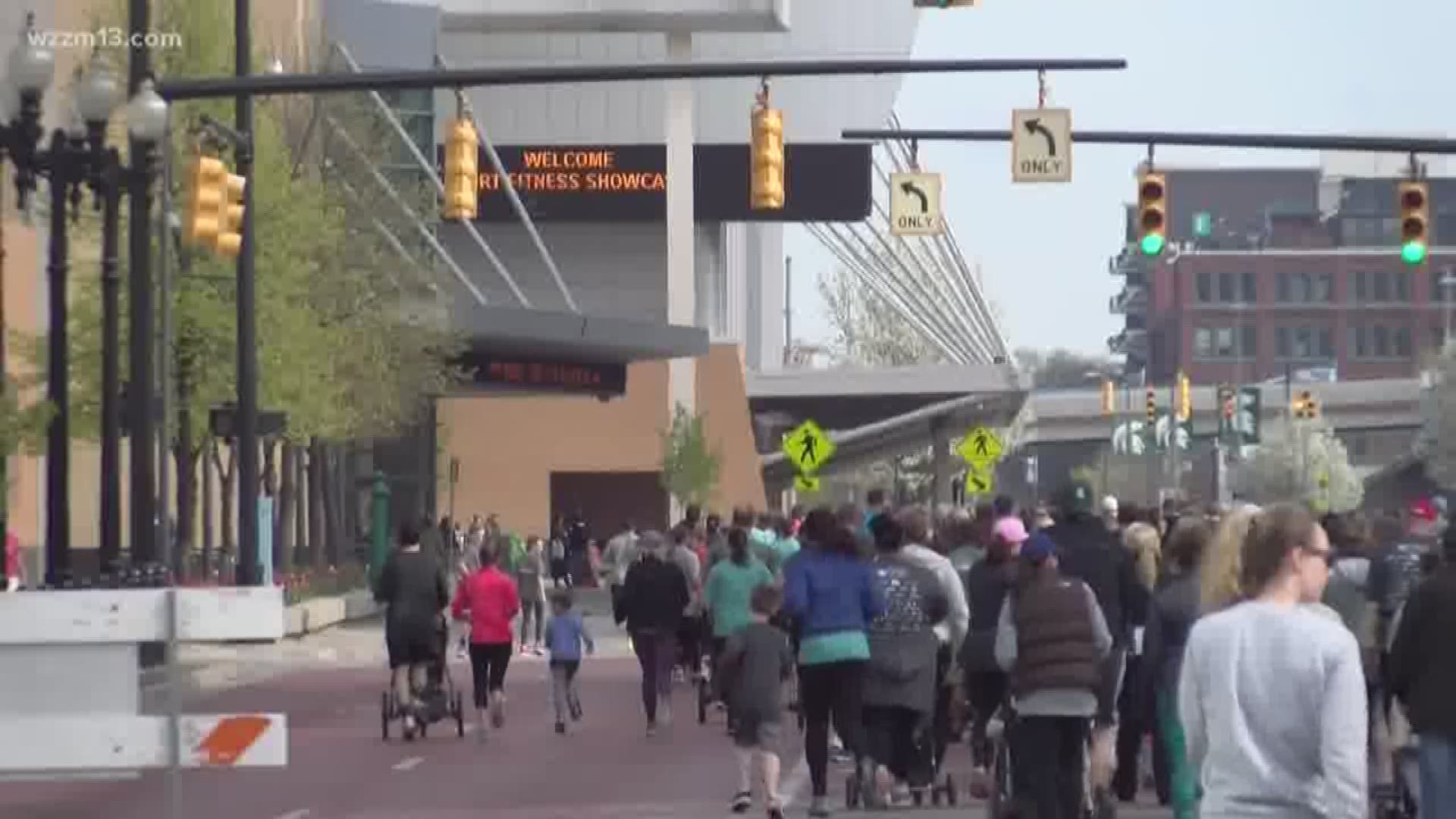 At this year's event, a dream came true for 8-year-old Kennedy Arney.

Kennedy is the youngest person ever to be diagnosed ALS by the National Institutes of Health.

She has wanted to be a police officer since watching the 2016 hit film "Zootopia." At last year's run, she also got the chance to meet Scott Bylsma, a former Grand Rapids Police officer who had ALS.

Officers from GRPD participated in the run as a way to honor and pay tribute to Scott Byslma, who died from ALS at the beginning of April.

More than 1,500 people participated in this year's Nana's Run. Since the event started in 2014, it has raised more than $1.8 million in support of clinical care, research and programs that help ALS patients access care close to home.

ALS is neurodegenerative disease that has no known cure.