From 4 to 7 p.m. Tuesday, the department is holding an open house at the LINC Gallery on the East side of town. 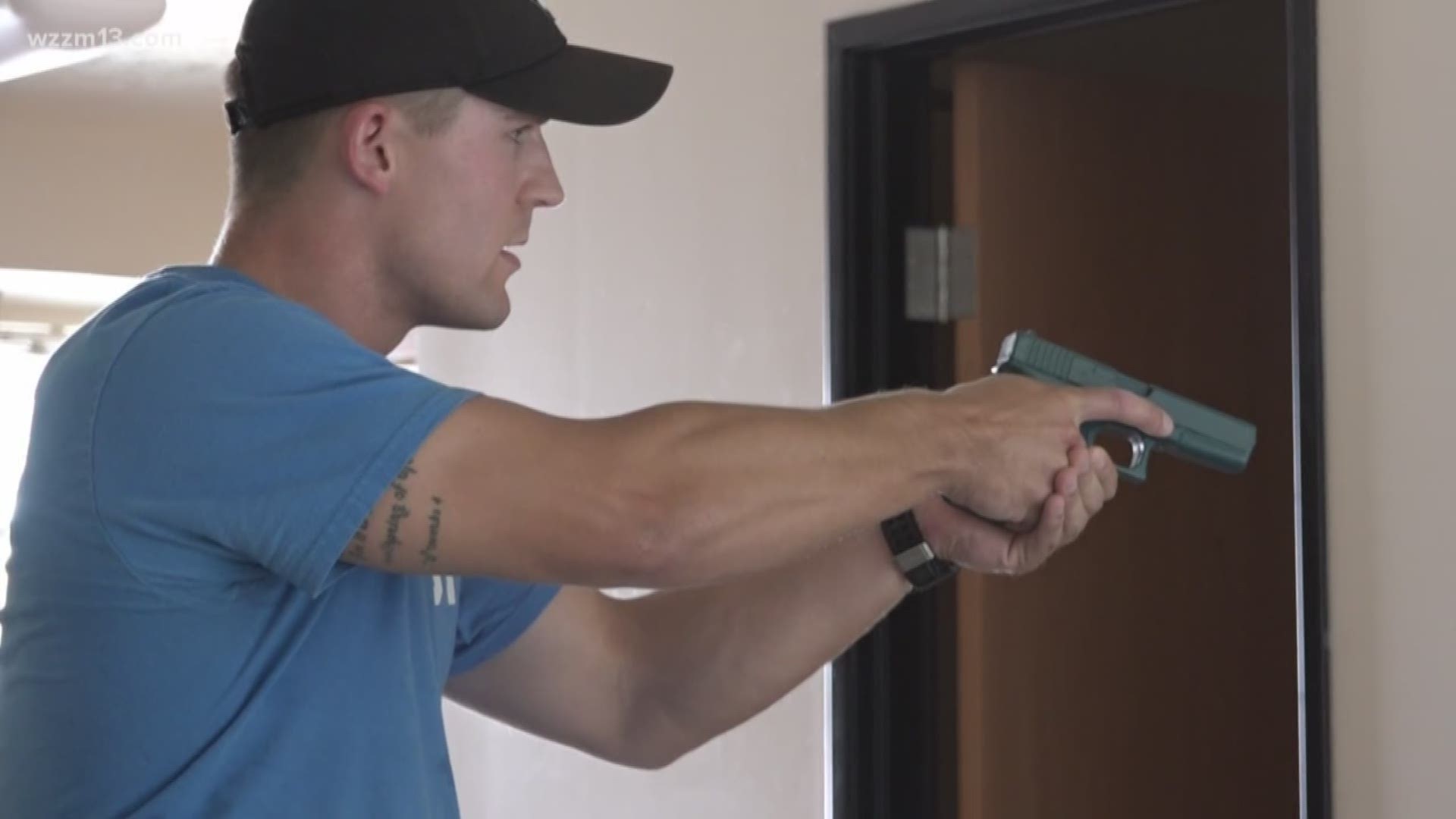 GRAND RAPIDS, Mich. - Ten recruits will begin their first week of work at the Grand Rapids Police Department next week. The one thing they all have in common: GRPD paid for them to get police training.

"We can't expect people to come to the police department, or to city hall," said Sgt. Cathy Williams of GRPD. Instead, the department is going into the community to find their academy recruits. From 4 to 7 p.m. Tuesday, the department is holding an open house for their 2019 class, at the LINC Gallery on the East side of town. Williams said they will have laptops available for potential recruits to submit applications.

Police departments sponsoring recruits to go through police academy is not a new concept, but it certainly fits with Grand Rapids' recent efforts to become more diverse and inclusive. This is GRPD's second police academy class, since their 15-year break that started in the recession.

Williams said that in sponsoring recruits, they are able to knock down key financial barriers that keep people from choosing a career in law enforcement. Police academy training can cost upward of $8,000 at Grand Valley State, not including room and board. Instead, recruits sponsored by GRPD will be paid full-time wages at a salary of $42,000 per year as they go through training.

Drake Schut, 26, grew up in Allendale, Mich., working for his father's construction company.

“I didn't know who would hire me because I didn't have a degree," said Schut, part of GRPD's 2018 recruit class.

When a department sponsors a recruit, the academy can then waive the state's requirement of a college degree.

GVSU's Police Academy Director Williamson Wallace, better known as Billy, says there are two routes that lead to a career in Michigan law enforcement: one where the recruit pays, and one where the agency pays. The latter allows the departments to find exactly who they are looking for, while also making the process more accessible, Wallace explained.

"They’ve had that agency commit to them, so I think it allows that recruit or student to turn back around and commit to those agencies," Wallace said.

The 43-person recruit class will graduate from the GVSU's Police Academy on Thursday. Nearly half of the class is sponsored by a West Michigan agency.

Sgt. Williams said they've hired 12 pre-service officers, or officers who put themselves through training, in the last 2 years. She said the key to a solid department is a healthy combination of those who paid their way through police academy versus those who the department recruits from the community.

Applicants must meet these Michigan Commission on Law Enforcement standards:

The 2018 class is made up of 4 males and 6 females. The recruits have spent the last 16 weeks in intensive physical and classroom training, and they will receive 7 more weeks of training once they arrive at GRPD.

The next GVSU police academy begins in April 2019. Those interested in a chance at sponsorship through GRPD can apply here. Applications are due by September 7.