Allendale Civil War statue will stay up; board votes to create advisory committee

The board voted to create a committee. This means the statue will stay up for now. 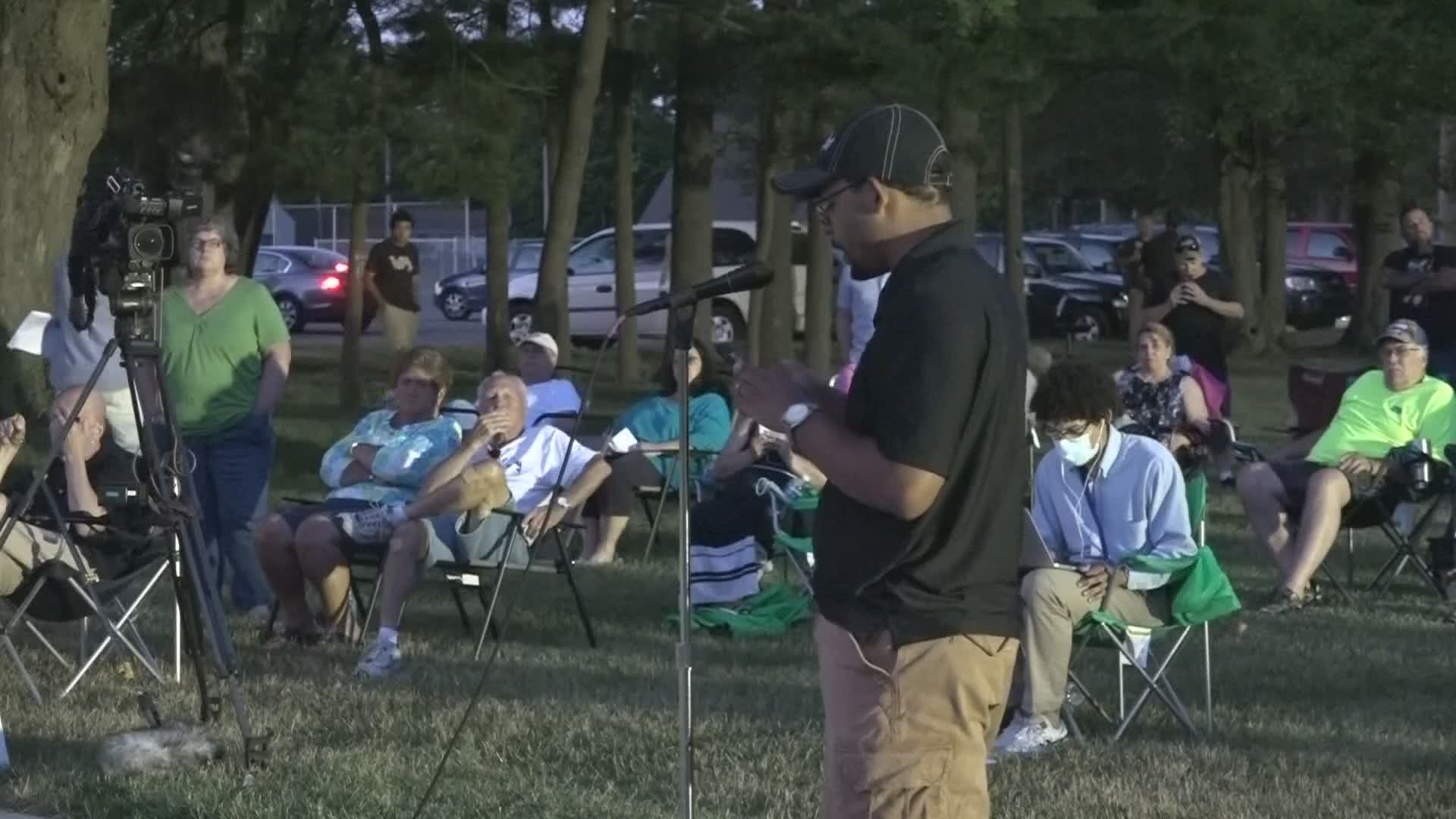 A controversial Civil War statue at an Allendale park will stay up for now, the township board decided Tuesday night.

The Allendale Township Board voted to create a committee that will present a recommendation for the board about a master plan for the Allendale Community Park's Veterans Garden of Honor. However one board member said the committee won't change his mind about keeping the statue up.

Earlier this month, a group called for changes to be made to the statue depicting a Confederate and Union soldier back-to-back and an enslaved child between their feet. The Michigan Association of Civil Rights Activists (MACRA) said the statue is degrading. The group called for the removal of both the child and the Confederate soldier. In between the two soldiers, the enslaved child beneath them is reaching for a plaque that reads "Freedom To Slaves," referencing the Emancipation Proclamation.

The vote to create a committee comes a week after the township board had a four-hour meeting where they heard public comment, mostly in defense of the statue. The board decided that night to set this special meeting on June 30 to vote on the statue.

On Saturday, a protest was organized to advocate for the statue to be taken down. The demonstrators were met with counter protesters armed with guns who said they were there to "defend" the statue.

At Tuesday's meeting, there was over an hour of public comment with was a mixture of both people advocating for the statue to be taken down and those who want it to remain. The board then discussed the issue for an hour before voting to create the committee.

Following the vote, public comment was reopened. Speakers throughout the night were each given 90 seconds to speak.

UPDATE: Due to an issue with our live signal, we had to bring our feed down. We will back up shortly. Watch live: Allendale Twp. leaders have called a special board meeting regarding a Civil War statue. They are expected to vote on future of the statue, which is housed at Allendale Community Park. Read more: https://bit.ly/3gc58ww

The statue has been present in the park for over two decades, but Mitch Kahl, a spokesperson for MACRA, said the recent death of Black Americans such as George Floyd and the continuing Black Lives Matter movement has urged more action to be taken against offensive images in public places.

"We don’t see a small Jewish child at the feet of a Nazi soldier over at the WWII display. That would be the equivalent... We don’t want to see small boys carrying cotton picking satchels, kneeling at the boots of soldiers," he explained.

Confederate displays across the country are facing new scrutiny, and many are coming down.

However, changes could still be coming to both the statue and the memorial garden it sits in. Elenbaas said he wants to bring multicultural groups together, including students from Grand Valley State University, to create a mindful, inclusive community moving forward.

GVSU has suggested that the statue be relocated.

"As an educational institution, we have offered a suggestion to relocate the statue and provide historical context, as well as our assistance in furthering dialogue along racial justice and inclusion," GVSU said in a statement.

The township supervisor will create the committee and present it to the board for approval at its July 13 meeting.

Watch live: Allendale Twp. Board of Trustees have taken public comment regarding a Civil War statue and they will now vote on its future. Read more: https://bit.ly/3gc58ww