Native Michigan fish that disappeared from waterways may be coming back

Ph.D. student Nicole Watson is in her MSU lab monitoring 'Artificial Stream Environments' because Grayling's return depends on its coexistence with Brown trout. 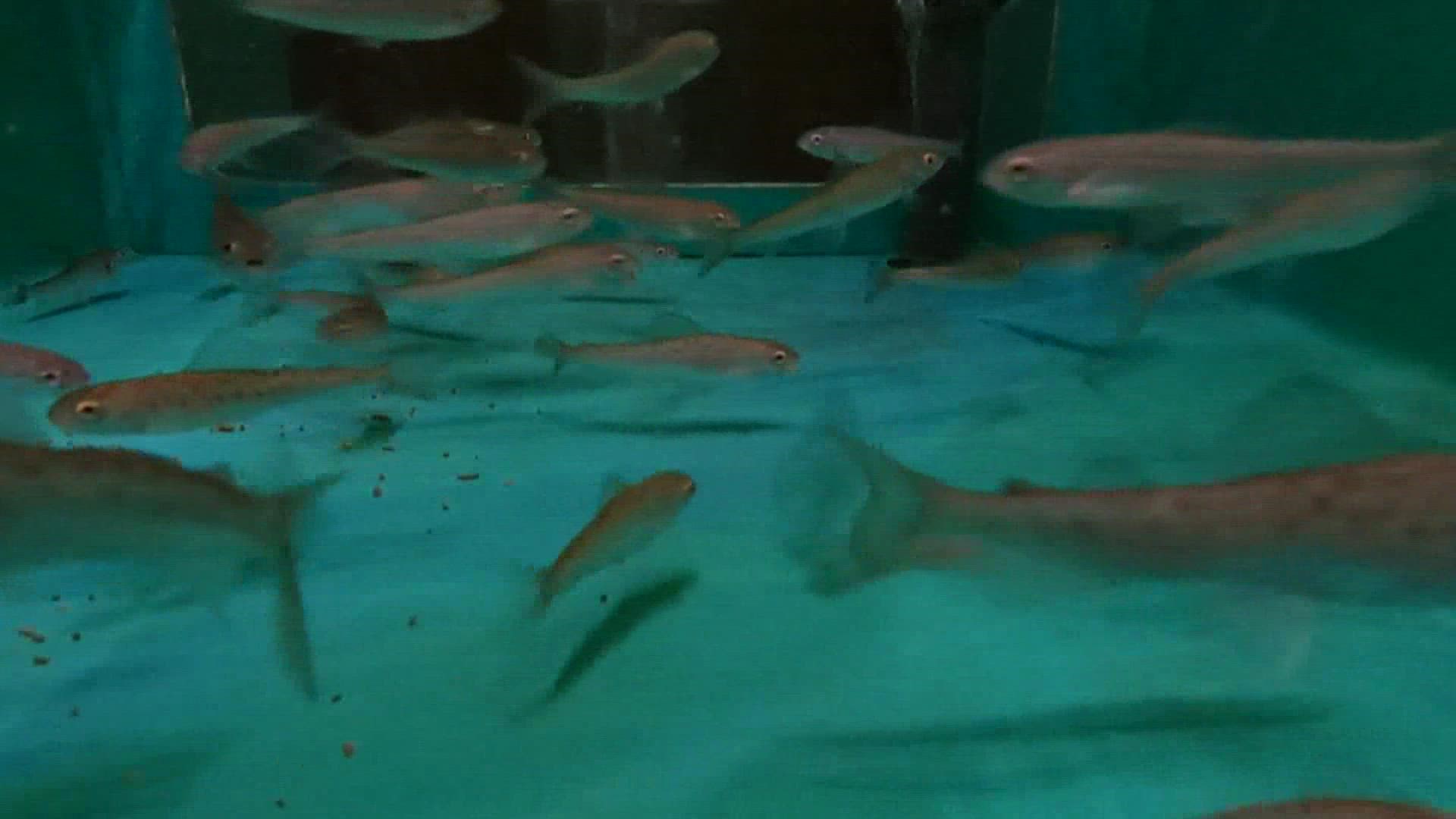 LANSING, Mich. — As the late 1800s transitioned into the early 1900s, many coldwater streams in Michigan's northern Lower Peninsula had an abundance of a fish species known as Arctic Grayling.

Several human actions during that time caused Graying's extirpation from Michigan by 1936.

A statewide collaboration is tirelessly working to bring Grayling back, which 13 ON YOUR SIDE featured in May, but a successful restoration of a self-sustaining population of Grayling in Michigan depends greatly on the results of an ongoing trial being conducted inside an undisclosed lab at Michigan State University.

Grayling are considered native to only two states in the lower 48: Michigan and Montana. Advances and innovations in both scientific evaluation and fish culture techniques have allowed Montana to successfully carry out the restoration of Grayling to a select number of streams in that state.

Decades of similar attempts in Michigan have been futile, due, in part, to Grayling's predation/competition with Brown trout, which is a fish species that was introduced in the state and contributed to Grayling's demise.

Hundreds of Michigan streams can potentially support Grayling again. To ensure success, it's critical to identify watersheds and streams that are most suitable to Grayling restoration efforts.

Perhaps most critical is finding a way for Grayling and Brown trout to coexist.

"We're totally at the whim of the fish," said Nicole Watson, a Ph.D. student in MSU's Department of Fisheries and Wildlife. "Knowing that [Grayling] used to be in Michigan and it was human impacts that destroyed the population is really heart-wrenching for me."

Every year, Watson travels to Alaska to gather Grayling eggs and bring them back to her MSU lab to rear them. The eggs, and the critical research Watson conducts with them, are the foundation of Michigan's Arctic Grayling Initiative, which is a collaboration of over 50 regional partners, spearheaded by the Michigan Department of Resources and the Little River Band of Indians.

"In many of the reintroduction attempts in the past, there really wasn't a focus on early life history of Grayling," Watson said. "All the research was based on rearing Grayling eggs in a hatchery, introduce them to the streams and just hope for the best."

Watson's approach is trying to figure out how to get Grayling to live to age 1 because if they can survive their first year of life, they'll have a better chance of making it to subsequent years.

"To get Grayling to age 1, we have to see how they act both predatory-wise and how they compete with other fish species," Watson added. "Understanding relationships between the resident trout and Grayling is vital for selecting streams where reintroduction success is most likely.

"This has been identified as a top research priority for this effort."

That's why inside an undisclosed building on the campus of Michigan State University sits Watson's lab where she's created numerous Artificial Stream Environments, which mimic as much as possible what a natural ecosystem would look like.

Each environment is populated with both Grayling and Brown trout.

Watson's small team of researchers continuously monitor the environments and document daily results, hoping to see changes in habitat and behavioral interactions between the fish species themselves.

"The competition trails we're doing are all fish that are age zero," Watson said. "We watch Grayling in both the presence of Brook and Brown trout, focusing on any aggressive behaviors, positioning and habitat selectivity."

Watson says Brown trout are basically bullies. When under-zero-aged Grayling settle into a favorable habitat or try to get to a food source, the Brown trout scare them and push them away.

Like any form of life, if they can't get nourishment, they die.

"Think about if you have a box of pizza," Watson said. "Every time I try to grab a slice, you hit my hand."

In her stream environments, Watson starts out with ten Grayling and ten Brown trout. What's continuously happening is the Brown trout push the Grayling to the periphery of the stream so they can't reach food sources.

Despite the challenges, Watson says the trials have produced some positive results.

"We have one Grayling that's been able to obtain food and has had positive growth throughout the entire treatment," Watson said, excitedly. "So much so, that the little Grayling no longer stays isolated and I often see him mid-stream and obtaining food."

When asked why she thought this one Grayling is choosing to be fearless, Watson said, "It's unknown, but that little fish is showing us that there's hope, and we will be paying extra close attention to that."

Watson says the next steps in her trial will be to allow her Grayling broodstock to completely grow and mature. Michigan DNR plans to start crossing her 2019 broodstock with the 2021 broodstock, with the hope that by 2025, Grayling eggs and be placed in Michigan streams.

"The competitive trials have concluded for this year," Watson added. "Now begins the research and writing."

"The goal is to have self-sustaining populations of Arctic Grayling 15 years from now," Watson said. "Imagine going fishing in northern Michigan and catching Brook, Brown and Rainbow trout along with Grayling.

"That will be an amazing fishing day and one that's been almost a century overdue."

If you'd like to learn more about Michigan's Arctic Grayling Initiative, 13 ON YOUR SIDE did a comprehensive story in May 2021.

Click HERE to watch the piece and read the story. 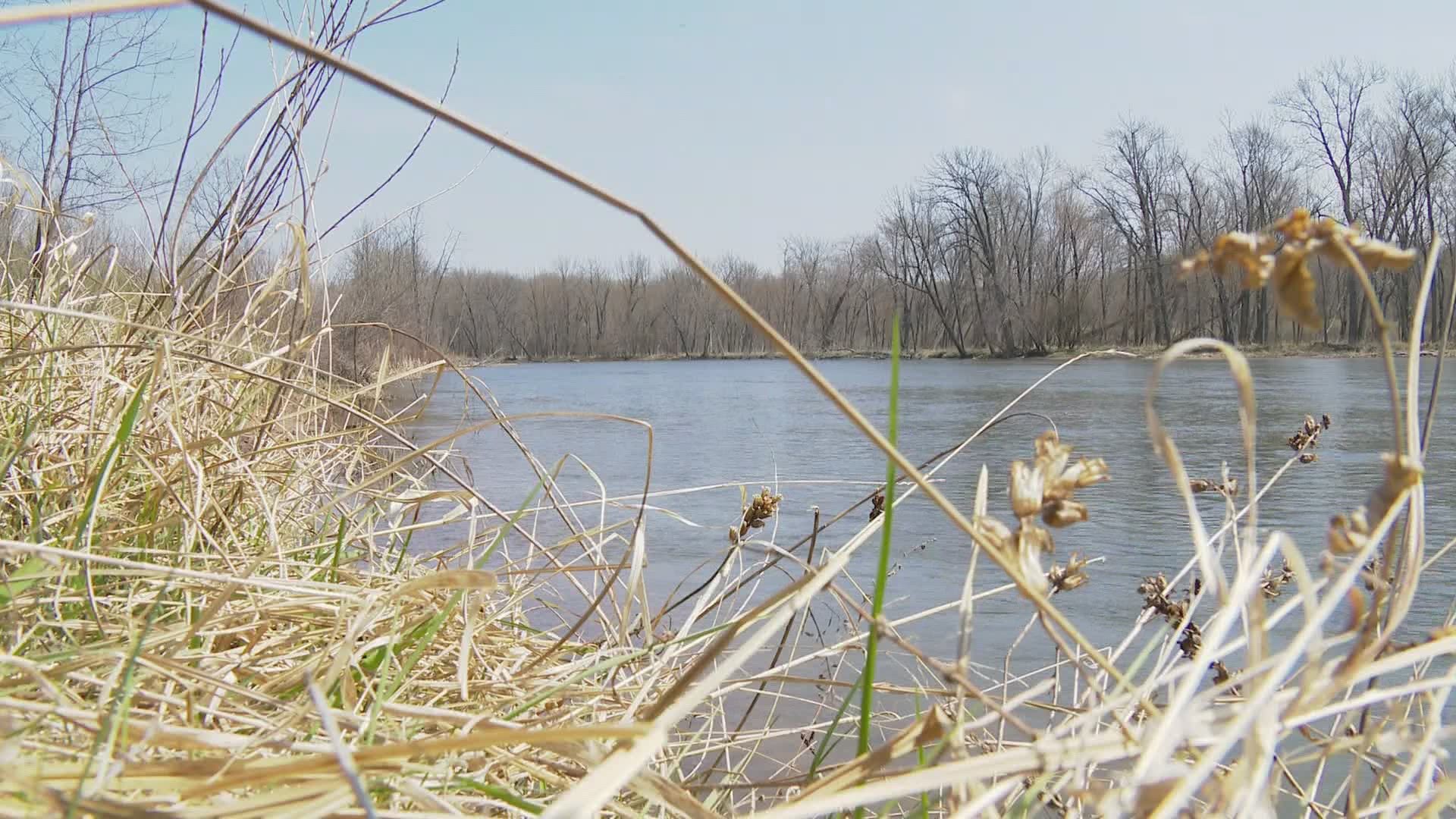 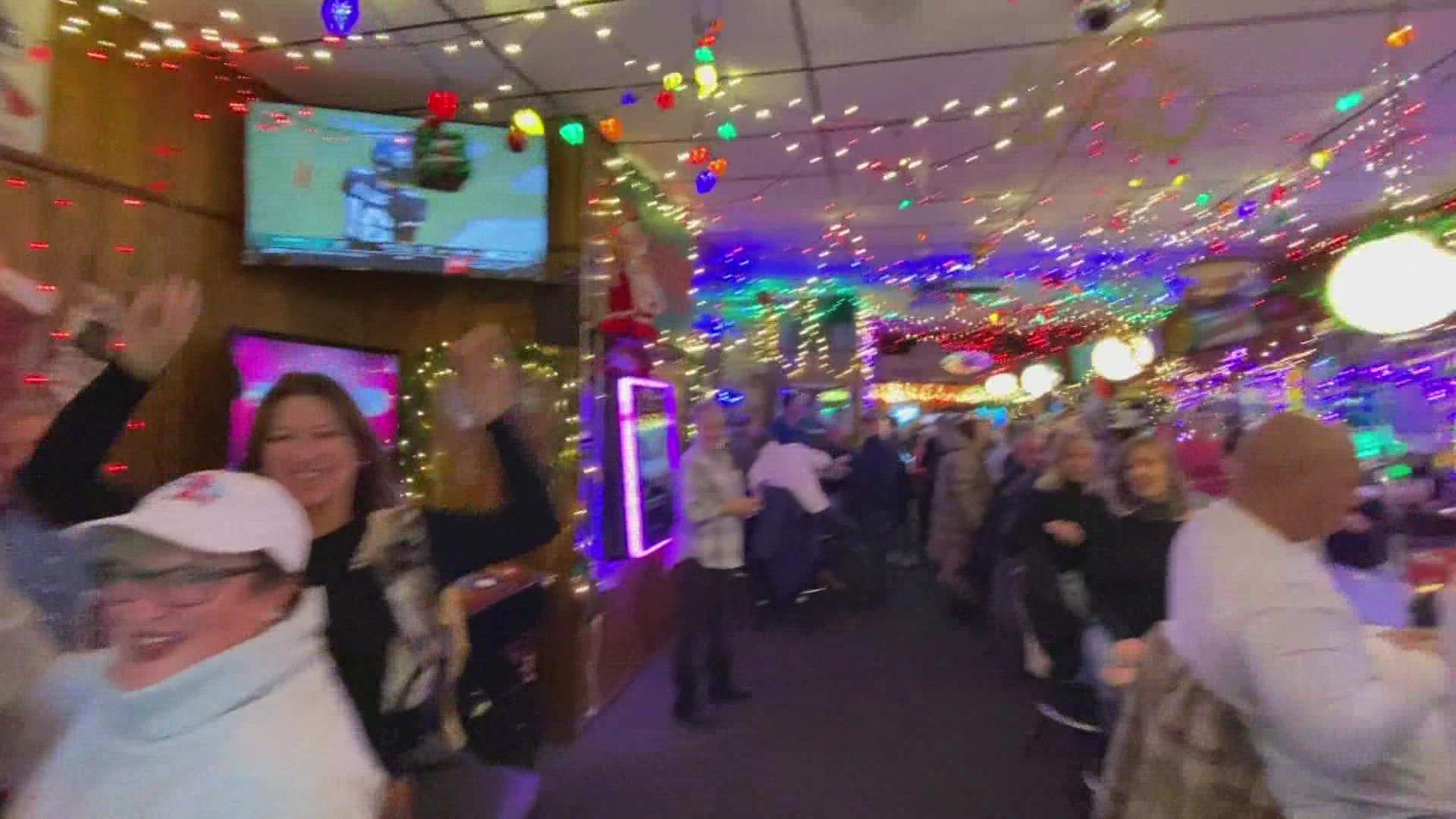