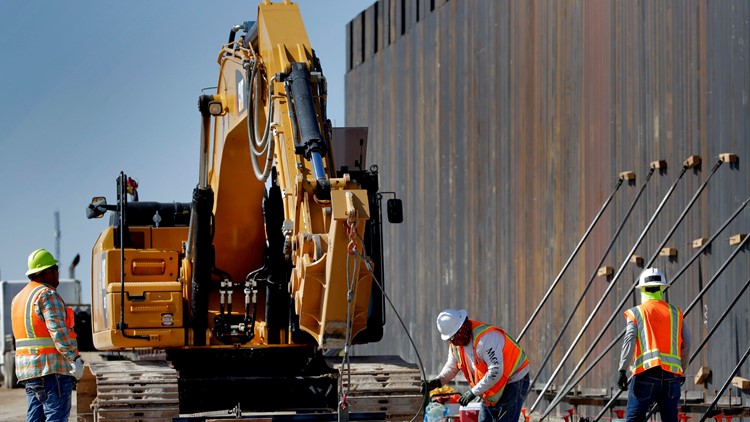 Photo by: AP
Government contractors erect a section of Pentagon-funded border wall along the Colorado River, Tuesday, Sept. 10, 2019 in Yuma, Ariz. The 30-foot high wall replaces a five-mile section of Normandy barrier and post-n-beam fencing, shown at left, along the the International border that separates Mexico and the United States. Construction began as federal officials revealed a list of Defense Department projects to be cut to pay for President Donald Trump's wall. (AP Photo/Matt York)

Arizona lawmakers have revived a measure that would have made it easier for property owners on the U.S.-Mexico border to build a wall.

Republicans approved the measure in a party-line vote on Thursday, a week after it fell one vote short of passage.

The bill would allow people to sidestep state and local permitting requirements to build a border wall.

GOP lawmakers say it would prevent political interference from local officials philosophically opposed to a wall.

• Pentagon funds being sought for 270 miles of border wall