Ask for help: Vietnam vet in Muskegon offering advice ahead of Veteran's Day

A 74-year old Vietnam vet found his new best friend all because he asked for help moving furniture into a new apartment. 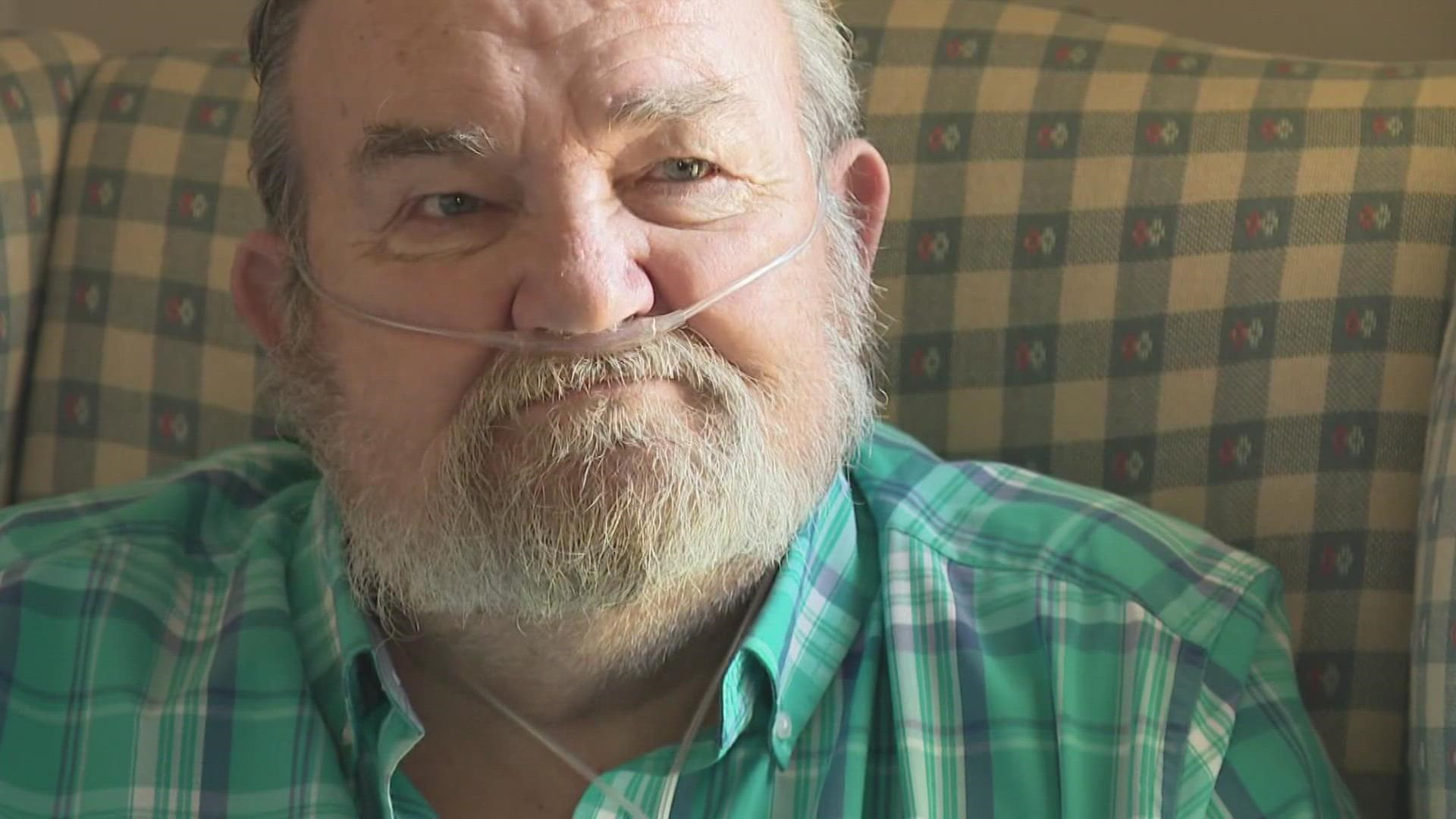 MUSKEGON COUNTY, Mich. — Vietnam veteran Jerry Messenger is settling into a new apartment in Muskegon's Lakeside neighborhood. From a window in the second story apartment Messenger can see Muskegon Lake, and not too far down the shore is the spot he fished in his youth.

For the 74-year-old finding the new apartment was fairly easy, but moving furniture up more than 30-steps wasn't something he could do on his own.

"I have had open heart surgery twice," Messenger said. And his health status requires him to depend on oxygen, full-time.

Many of Messenger's health problems can be tracked back to the time he served in Vietnam. Nine-months after arriving he nearly died.

"I was one sick puppy," he said. "I was medevaced out, come down with mononucleosis, malaria and hepatitis."

Messenger enlisted in the Army in September of 1966 as many of his best friends were heading off to college.

All these years later Messenger has to be careful to not overexert himself on things like moving furniture. So he did something vets often won't do, he asked for help.

"Step up and don't be ashamed," he said. "You don't leave anybody behind."

Miller's role as a Veterans Services Navigator has him doing things like locating a vet's missing military paperwork, hooking up their television and even taking out their garbage if needed. A U.S. Navy Veteran himself Miller helps more than 150 veterans annually find the resources they need to prosper.

"There are navigators for every county in the state," Miller said. "Each day, I'm helping make an impact on those who have fought so hard for our freedoms. It feels amazing."

Miller not only helped Messenger move items into his new apartment he connected his new friend with 92 for 22, a West Michigan non-profit, that helped furnish the apartment with a couch, bedding, tv, pots and pans and other basic living items.

The two men now keep in close contact, talk about fishing, cars and their time in the service when there isn't a need to fill.

"It's a brotherhood; he listens and understands me and what I'm going through," Messenger said.

Both men are telling their story just ahead of Veterans' Day. They hope others will learn from the bond they've created.

"I'd say set your pride aside, and ask for the help when you need it," Miller said. "Then once you are set up and back to good you're able to help others."

Veterans can connect with Veterans Services Navigator by contacting the Lakeshore Regional Entity at (213) 769-2052.

Additional resources are available by calling the Muskegon County Department of Veterans Affairs at (231) 724-7143.

In honor of Veterans, Military and First Responders, the United Way and Tyler Sales have partnered to bring the team of Budweiser Clydesdales to Muskegon for a for Veterans Day parade and concert.

Schedule of events for Thursday Nov. 11: 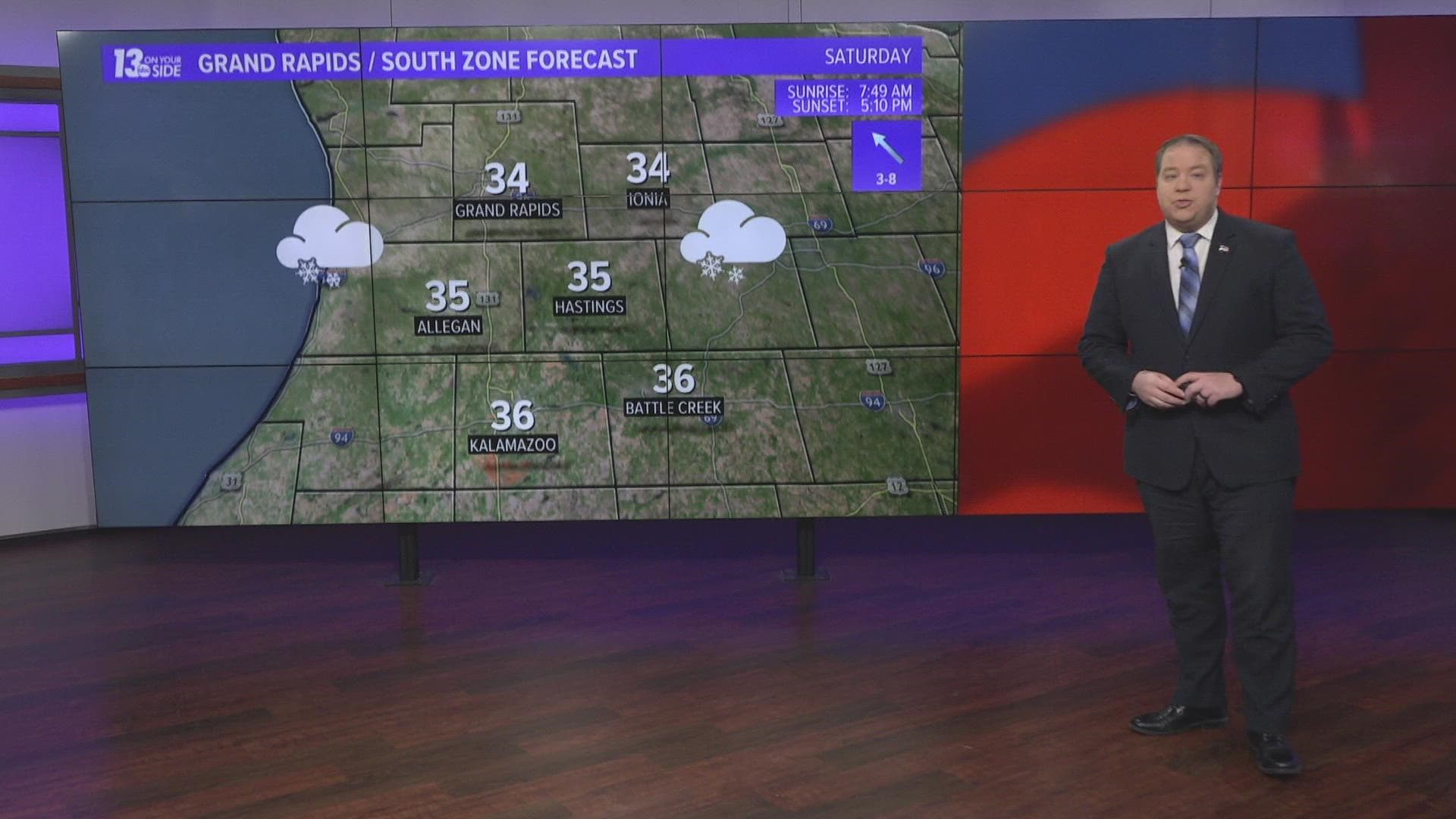 13 On Your Side Forecast: Cold Friday, Snow Chances This Weekend