Back to School: School bus safety, what every driver needs to know

If you pass a stopped school bus you could face a fine of up to $500 and may also be required to complete 100 hours of community service. 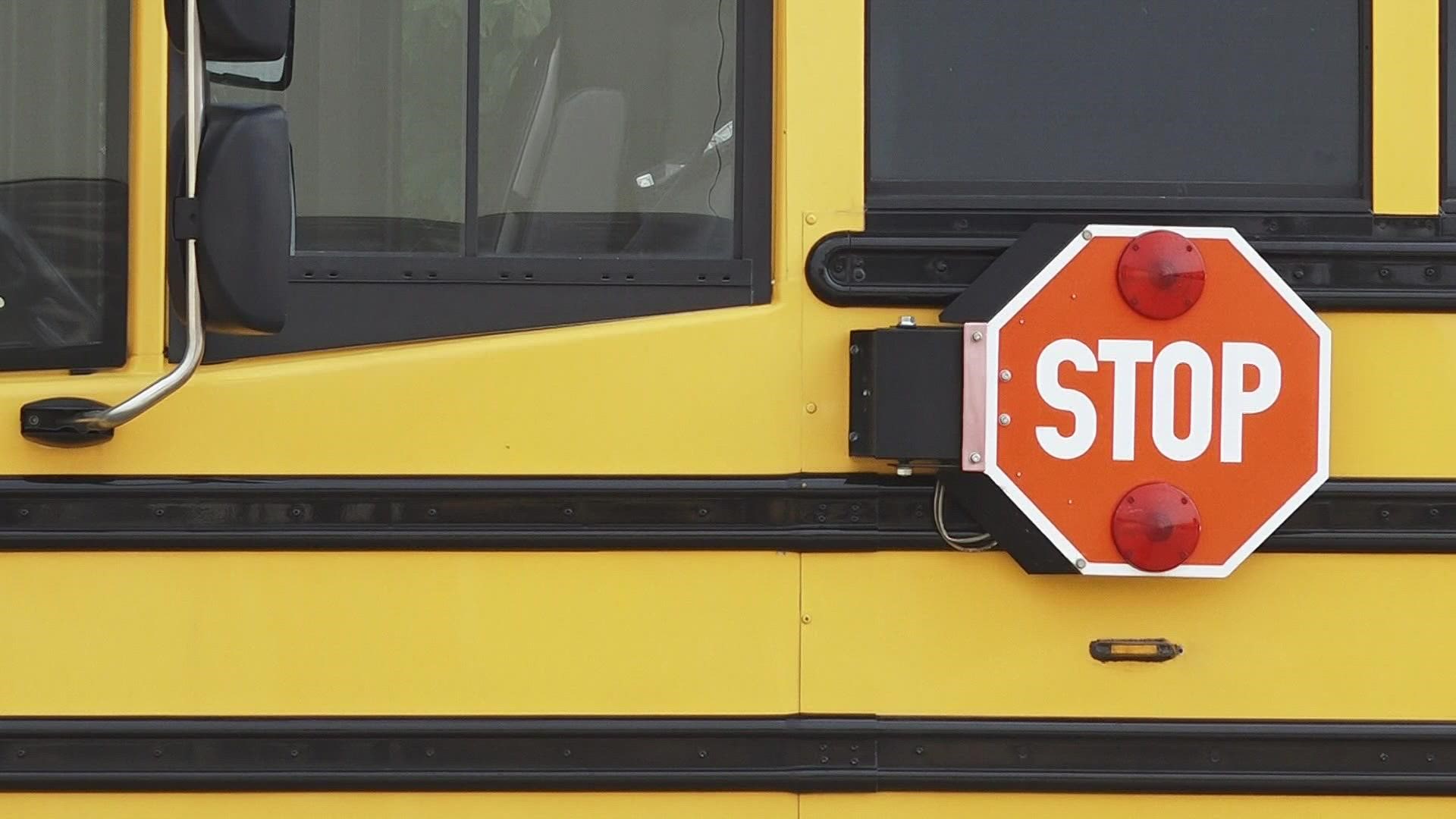 GRAND RAPIDS, Mich. — According to the Michigan State Police website, school buses are the safest mode of transportation for getting children to and from school. But every year there are bus-related deaths reported, many of which are children.

The sidewalks and streets are beginning to fill again with young children heading back to school, and it’s a driver’s responsibility to obey traffic laws to keep them safe.

“To be honest with you, that's probably one of my biggest fears, is I never want to hear about that. I don't, that makes me the most nervous, just the kids getting hurt or last or anything like that," Terry Larkin, Principal, New Branches Charter Academy, said.

New Branches Charter Academy in Grand Rapids just got three brand new buses with stop arms on both side of the bus.

“Everybody needs to do their part to making sure that they're stopping when those signs are out," Larkin said.

According to the National Highway Traffic Safety Administration, 240 school-age children died in school transportation-related crashes between 2010 and 2019.

Sgt. John Wittkowski with the Grand Rapids Police Department says there’s a speeding issue in the city that needs to be addressed.

“Speed enforcement certainly is important, particularly those schools zones, we probably do not do enough of it only because of our lack of resources. But we try to hit those areas where we get complaints, and areas where we have higher rates of traffic crashes," Wittkowski said.

If you see a bus with flashing yellow lights, drivers in both directions should slow down and use caution.

Most importantly when a school bus is stopped with flashing red lights and its stop arm extended, it’s the law that drivers on either side of the stop sign must come to a complete stop 20 feet away, and remain that way until the bus turns off its lights and starts moving again

“Be patient. You know, sometimes school buses are there for a while, just be patient until the bus clears. And as I stated before, you know, just pay attention to the roadway. Don't be distracted by your, your phone or any other device in the automobile," Wittkowski said.

And don’t be that person going over the speed limit in a school zone, slow down!

If you pass a stopped school bus you could face a fine of up to $500 and may also be required to complete 100 hours of community service.

Speeding will also result in a ticket of more than $100, and if you were to hit someone the consequences could be much worst.