Balloons fill the sky in memory of slain 20-year-old

Kendall Frost was killed in Grand Rapids Tuesday night. Saturday, her friends and family gathered to remember her. 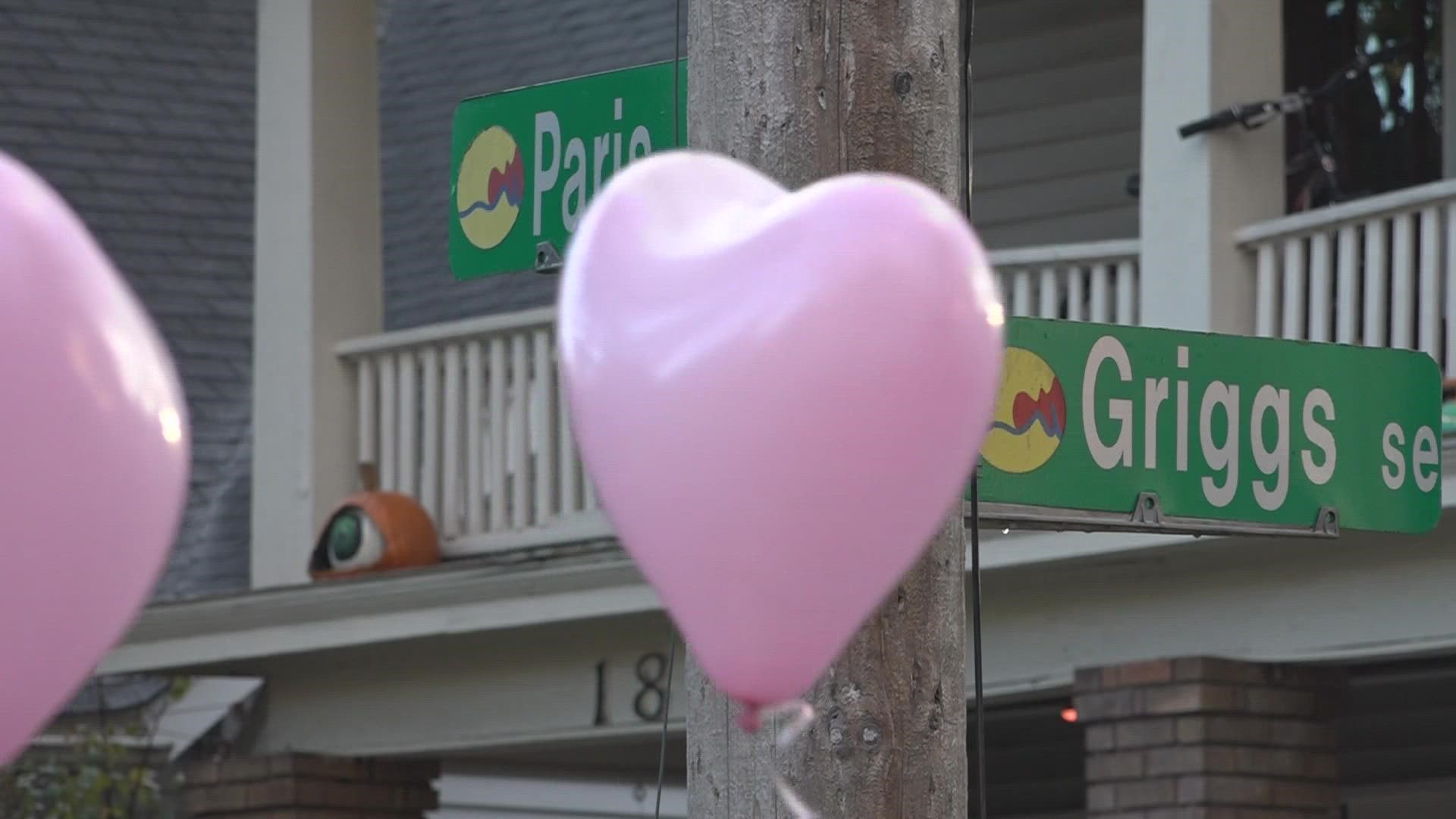 GRAND RAPIDS, Mich. — Earlier this week, the corner of Griggs Street SE and Paris Avenue SE was the site of tragedy. 20-year-old Kendall Frost was shot and killed at the intersection. Days later, family and friends gathered at the spot to ensure her memory lives on.

"I thought it was important for us to be here because this is where we lost her," said Patricia, Kendall's aunt. "We want her to know that we love her and that she’ll never be forgotten.”

Frost was the cousin of Kent County Commissioner Robert Womack. Womack is well known in the neighborhood as an anti-gun violence advocate.

"She died before she even really got a chance to live her life," he said. "We just have to do better in our community. This violence, it touches everybody."

Dozens attended the vigil. Instead of lighting candles, they released balloons. Easily more than 100 balloons flew off in unison to a chorus of "we love you Kendall," as everyone looked toward the sky.

“It’s definitely a star that we get to look at at night," Patricia says.

Marge Frost, Kendall's grandmother, described Kendall as having a smile that always stretched from ear to ear.

"She had a way of making people feel like they were the most important person," Frost said. "She made everyone feel loved and happy to be around her."

The investigation into Frost's killing is still ongoing. Anyone with information is asked to call Grand Rapids Police or submit a tip to Silent Observer.