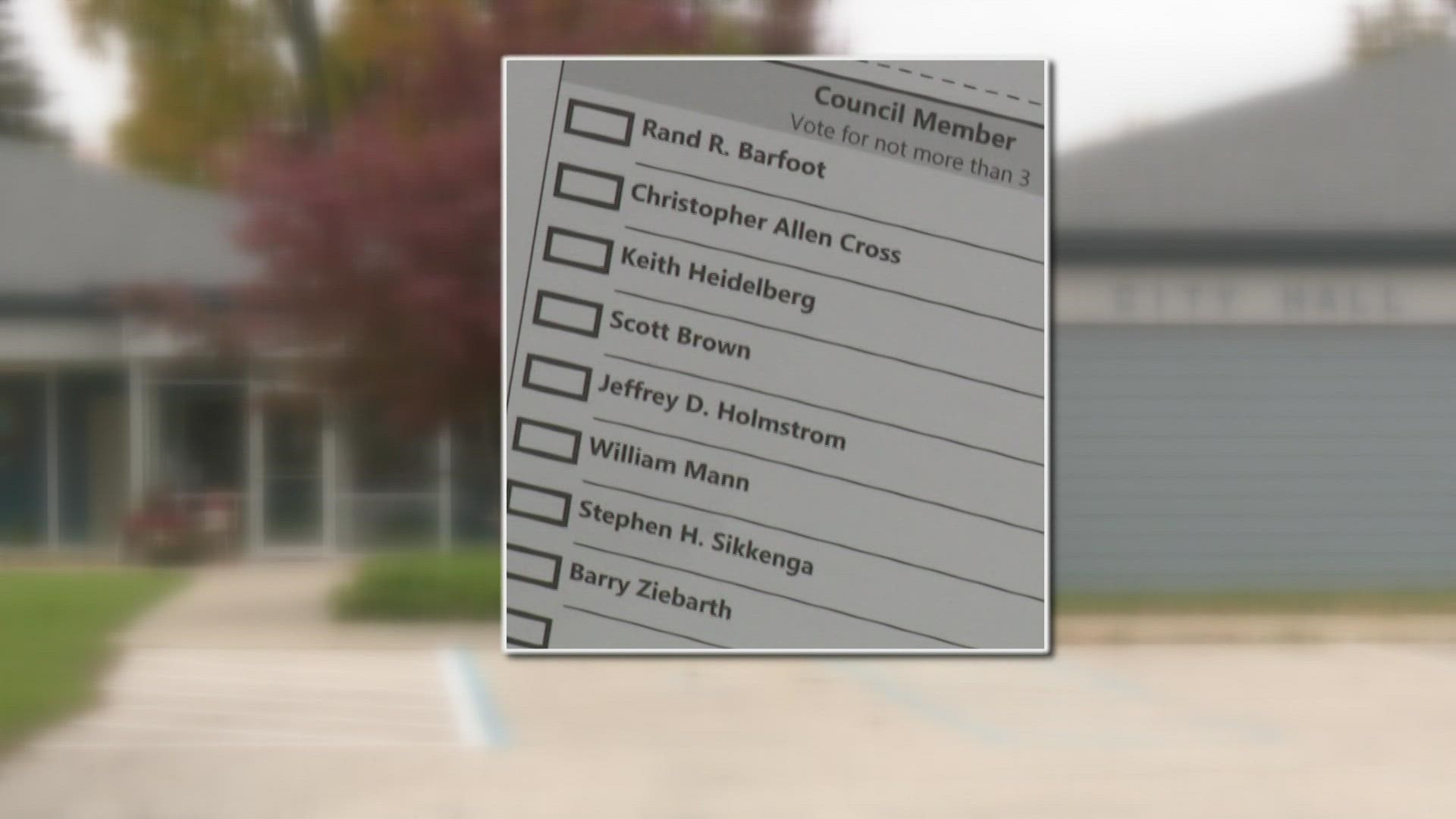 MUSKEGON COUNTY, Mich. — The state's 2021 general election is less than one week away. And while there aren't any national or state elections for voters to decide there are many important city and township races to decide in Muskegon County.

From small towns like Montague, to the county's largest Muskegon, there are ballots crowded with the names of candidates.

Clerk Waters is urging voters in both communities to take the remaining days before the election to get to know the candidates.

"It's important," Waters said. "They're going to want to do some homework."

"That's a lot of names on the ballot," Waters said.

The one concern for Waters is that voters will not be prepared when entering the voting both next week. She's remaining voters that part of preparing for the election is know in advance the exact number of votes each community allows.

Voters in Norton Shores will select up to four candidates.

"The wording is very clear," Waters said. "You can vote for less, but you can never vote for more."

Ballots that have been overvoted will be rejected by voting tabulation machines at precincts. "The machine is going to kick it out and then they would have an opportunity to have it spoiled," Waters said.

Election inspectors would provide a second ballot to voters who have their original ballot rejected.

City of Muskegon voters will choose between four candidates vying for two four-year seats on the city commission, and also decide a race for mayor.

In Michigan city and township clerk's offices are required to offer at least eight hours of service the weekend before every election. The clerk's office in the city of Muskegon will be open Saturday from 8 a.m. to 4 p.m. Hours in other West Michigan communities may be different.