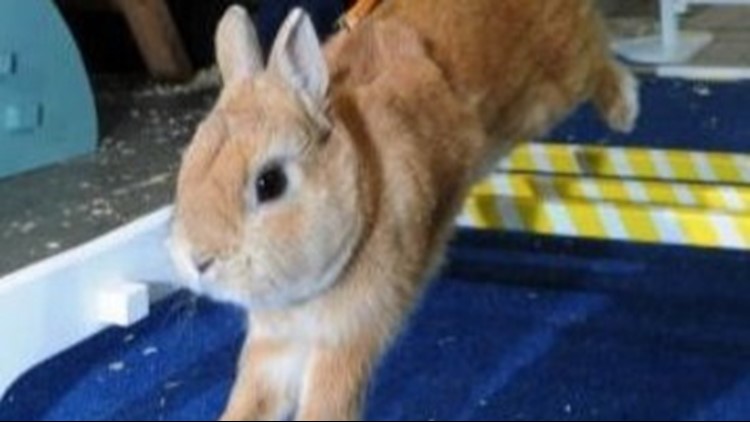 Photo by: Getty Images
Netherland Dwarf rabbits are ''very passive'' and make an ideal emotional support animal, according to the lawyer who filed the federal lawsuit.

GRAND RAPIDS, Mich. - A former college student who used a rabbit to ease a “chronic anxiety condition’’ claims she was forced out of her East Lansing sorority because her emotional support animal – a Netherland Dwarf rabbit named Sebastian, wasn’t welcome.

Kayla Hicks says her impending eviction from the Beta Gamma Chapter house earlier this year caused “emotional distress, outrage and embarrassment,’’ according to a federal lawsuit filed this week in Grand Rapids.

"Her goal was to have it there with her and the sorority simply didn't want that,'' said Wyandotte attorney Kerry L. Morgan, who filed the lawsuit in U.S. District Court. "This breed of rabbit is very passive; that's part of the value of them as an emotional support animal.''

A voice message left Thursday morning with Alpha Omicron Pi was not returned.

She signed a housing agreement and provided paperwork for Sebastian, which was registered with the National Service Animal Registry. The lawsuit says Hicks has suffered from anxiety for several years, which includes panic attacks.

A psychiatrist recommended she use an emotional support animal to cope with anxiety. Hicks also got a letter from a veterinarian stating that the rabbit was “healthy and social,’’ according to the lawsuit.

The experience caused Hicks “emotional distress, outrage and embarrassment, humiliation, anxiety and denial of her civil rights,’’ the lawsuit claims.

Hicks has since graduated and moved out-of-state, her lawyer said.

Netherland Dwarf rabbits weigh between 1½ and 2½ pounds and have a skittish, quiet, shy and sweet temperament, according to Petguide.com. They have a lifespan of between 10 and 12 years.