It was because of his vote to impeach then-President Trump. 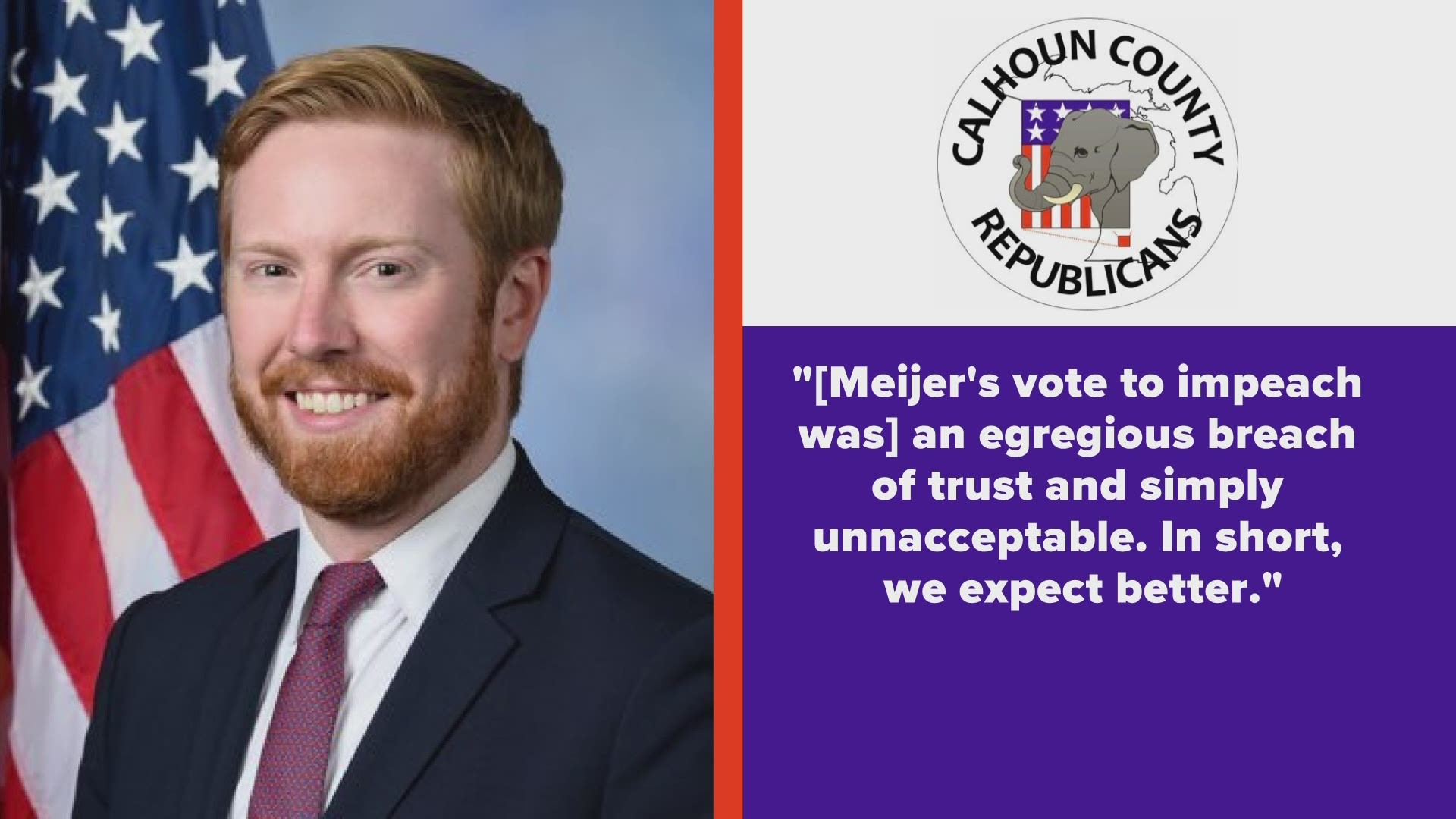 BATTLE CREEK, Mich. — Freshman Representative Peter Meijer (R-Grand Rapids) was one of only 10 Republicans to vote to impeach then-President Donald Trump for inciting a deadly mob that attacked the U.S. Capitol on January 6th to stop the counting of Electoral College votes.

On Thursday, the Calhoun County GOP Executive Committee censured him for that vote. In a letter to Rep. Meijer announcing the decision, they write that his vote to impeach was "an egregious breach of trust and simply unacceptable. In short, we expect better."

Meijer narrowly avoided censure by the Third Congressional District of the Michigan Republican Party Executive Committee on Monday. A majority of votes were needed. But, they tied 11-11. So, the motion failed.

Meijer spoke with 13 On Your Side main anchor Nick LaFave about the censure on Friday.

LaFave: "What does this tell you right now about your district?"

Meijer: "It's not surprise. This was not a decision that we expected would be politically popular. We made the decision based on what we thought was right and necessary and where we think accountability should lie for the events of January 6th."

LaFave: "Does it, how does affect you moving forward when you've got these local leaders censuring you?"

Meijer: "Folks might remember one of the slogans of my campaign was to return the strong, stable and effective representation that Gerald Ford, Vern Ehlers and Paul Henry brought as well.  Paul Henry was actually censored back in the 80s because he objected and didn't support the MX Missile Program of the Reagan Administration. So, it's something that happens when there are disputes and disagreements. And I think what we all should hope for and strive for is - when we have points where we disagree, to do it without being disagreeable."

Thus far, neither the Kent County GOP (the largest Republican Party within the 3rd Congressional District) nor the State Party have made moves against Meijer for his vote. Though, he has already drawn a 2022 primary opponent in Tom Norton because of it. Norton finished 3rd in the 2020 primary.

In their full interview, Meijer also talks about his decision not to vote to strip controversial GOP Rep. Marjorie Taylor Green of her committee assignments, what he's working on in his own committees, and his relationship with his predecessor, former Rep. Justin Amash.