The drugs were shipped by truck from California to Michigan; Benton Harbor and Grand Rapids are mentioned as target markets. 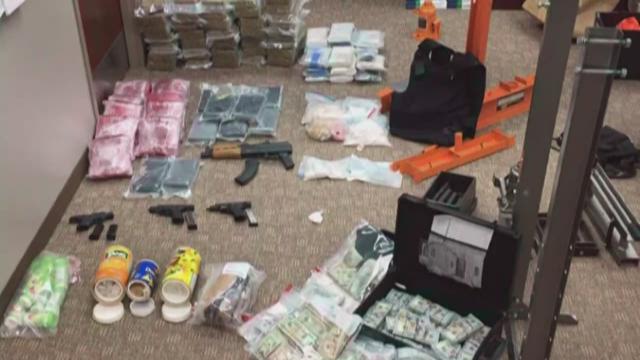 A cross-country drug operation put an estimated 13 pounds of heroin and cocaine on the streets of West Michigan every two to three weeks for more than a year, federal court records show.

Federal agents have identified 18 people involved in the operation; a dozen live in the Grand Rapids area. Others list addresses in Benton Harbor as well as Illinois, Florida and California. The scope of the operation is illuminated in a 186-page criminal complaint filed in U.S. District Court in Grand Rapids.

The Phillips-Lee Drug Trafficking Organization, or DTO, “has an unknown source of supply that ships the narcotics in a semi-truck trailer to Grand Rapids,’’ federal court records show.

The drugs were shipped by truck from California to Michigan; Benton Harbor and Grand Rapids are mentioned as target markets.

On at least three occasions, a truck carrying drugs arrived at a hotel on 28th Street SE near I-96. Members of the drug conspiracy took delivery of the drugs, which were then taken to a “stash house,’’ court records show.

Police searched 19 locations as part of the investigation, including storage facilities and homes in Grand Rapids, Kentwood and Grandville.

A significant break in the case came back in June, when investigators seized more than five pounds of cocaine, approximately $100,000 and a .40-caliber handgun in a deal involving four individuals linked to the conspiracy.

The investigation came to a head on Sunday when officers from several area departments arrested nine people, including Lee, in predawn raids. During a raid on Whispering Way Drive SE, one of the players was shot in the chest. He remains hospitalized.

The raids came shortly after a drug-laden truck arrived here from California. Police seized from the sleeper compartment nearly 42 pounds of heroin and cocaine and a large quantity of cash, court records show.

All told, police seized more than 66 pounds of heroin and cocaine, multiple pounds of marijuana, two kilogram presses, a bullet-proof vest, three handguns, a rifle and $1 million in cash, the Department of Justice said in a news release.

Those charged face maximum penalties ranging from 20 years to life in prison. Some of the defendants, including Phillips and Lee, have prior felony drug convictions.

Numerous state and federal agencies participated in the investigation, including the Drug Enforcement Administration, the Grand Rapids Police Department, the Kent Area Narcotics Enforcement Team and the Metropolitan Enforcement Team.