"If that AED is not on that wall, then Luke's not in that chair," said Sam Anhalt, Luke's mother. 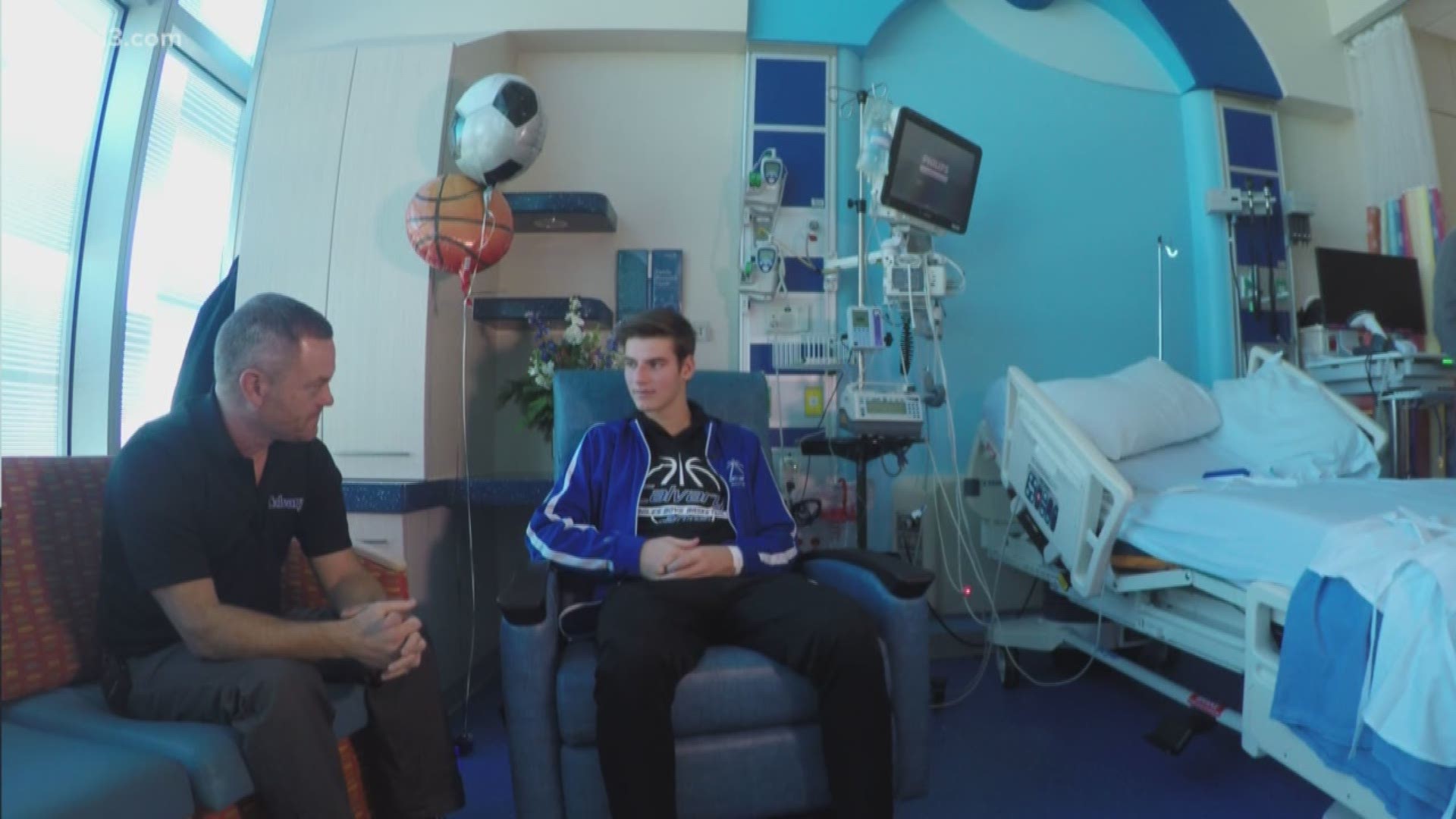 FRUITPORT, Mich. - Luke Anhalt has no recollection of the day he almost died.

The 17-year-old Calvary Christian senior collapsed on the basketball court during a free throw drill on Thursday, Dec. 13.

"I had noticed out of the corner of my eye that he was laying on the ground," said his longtime coach, Jeff Zehr.

The next few minutes were critical. Zehr's son grabbed the Automated External Defibrillator (AED) from its latched glass box in the corner of the gymnasium, and Coach Zehr got to work.

"The incredible thing about the AED is that it monitors and tells you what to do. Having the AED give me that kind of input was priceless," Zehr said from Anhalt's hospital room on Tuesday, Dec. 18. "I think God had something to do with it, too."

Zehr had never used an AED before, but he said prior use wasn't necessary.

"Anybody who is at least able to keep their head can use it to save somebody’s life," Zehr said.

The device comes equipped with instructions including photos of where to put the AED pads. By the time first responders arrived on scene, Anhalt had a strong pulse.

Zehr says their school invested in AEDs after a young Michigan basketball player passed away from cardiac arrest.

"The AED that’s in this gym—that saved Luke’s life—was brought in about three years ago. After a young man passed away in a very similar situation, where that school did not have an AED present," Zehr said.

In 2011, 16-year-old Wes Leonard, a Fennville High School basketball player, died on the court from cardiac arrest after shooting a game winning basket.

Luke's parents say they are now continuing the mission that Leonard's family started - to ensure all schools and public spaces have an AED.

"If that AED is not on that wall, then Luke’s not in that chair," said Sam Anhalt, Luke's mother.

The Anhalt's said the prayers and support from their tight knit Calvary Christian community made all the difference over the last few days. Luke was able to return home from Helen DeVos Children's Hospital on Tuesday afternoon, with a subcutaneous defibrillator now implanted in his chest.

"If it senses something going on, it can shock his heart instead of waiting for me to have to do it," Zehr joked.

"Which means Luke won't have to take coach to college with him," Luke's mother said.

The hospital room, previously overtaken by fear and prayer, was momentarily filled with laughter.

Visit this website to learn which schools have AEDs available and how to apply to receive an AED at no cost. The application period opens Jan. 1, 2019.