The changes come in the wake of calls for police reform both nationally and locally. 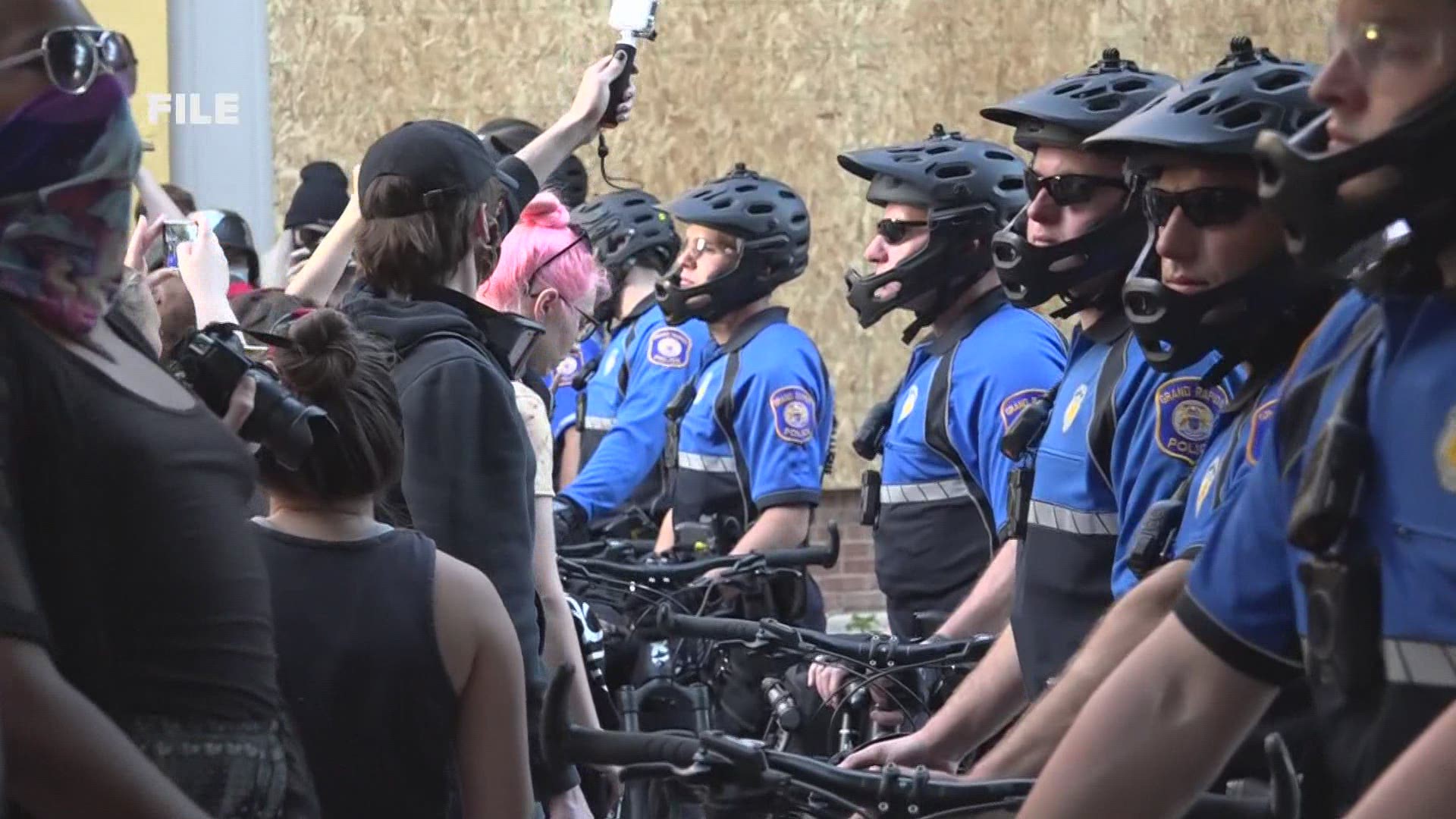 GRAND RAPIDS, Michigan — The city of Grand Rapids has announced changes coming to the police department in the wake of both national and local calls for reform.

Absent from the new policies is the defunding or reallocating of funding to police, which is what many have asked for both at protests and during recent town halls. The city's charter requires that 32% of the city's general operating fund goes toward the police department, which can be changed through the charter revision process.

City Manager Mark Washington said that funds have already been shifted within the department through things like the creation of the Office of Oversight and Public Accountability.

RELATED: When protesters cry 'defund the police,' what does it mean?

“Any deliberations or considerations around funding would require much more than my consideration over a one-week period,” Washington said during a Wednesday afternoon press conference.

However, some of the policies have come in direct response to concerns voiced by community members, and the announcement of reform comes after consistent protests in Grand Rapids during the last week.

The protests began following the death of George Floyd, who died after a Minneapolis officer pinned his knee on Floyd's neck for nearly nine minutes. But in addition to showing solidarity with Floyd and other victims, Grand Rapids protesters have called for an end to systemic racism and police brutality at the local level.

The 2 p.m. press conference on June 10, which was announced shortly before noon Wednesday, fell at the same time Grand Rapids Police Chief Eric Payne had planned to meet with protesters from the groups Family Over Everything and Justice for Black Lives.

Instead, the members of the two groups met with the two deputy chiefs and watched a live stream of the press conference before leaving out of frustration.

“You have these meetings planned, but you’re not following through,” said Trevin Gibson, an organizer with Justice for Black Lives. “The city needs to know we are very, very disappointed our voices could not be heard."

The groups plan to reschedule the meeting, Gibson said.

The press conference, where Washington, Payne and Office of Oversight and Public Accountability Director Brandon Davis announced the coming changes, happened just hours before a virtual town hall on policing.

Posted by Office of Oversight and Public Accountability - Grand Rapids on Wednesday, June 10, 2020

Washington has directed changes and improvements to department policies to occur within the next 60 days. Some of the directives come directly from the 8 Can’t Wait campaign, which is a list of eight police reform ideas from Campaign Zero. The list includes policies like requiring officers to deescalate, banning choke holds and requiring officers to intervene and stop excessive use of force. However according to a statement on its website, the 8 Can’t Wait campaign is now pushing for the overall abolition and defunding of police.

Also included in the coming changes to GRPD, all uniformed officers must have names on their uniforms while in public.

Washington also outlined a list of topics and changes that required more time and consideration, which are detailed in this memo to city commissioners.

Here is full list of the changes proposed by city leaders: