The week-long event is a big economic boost for the region. 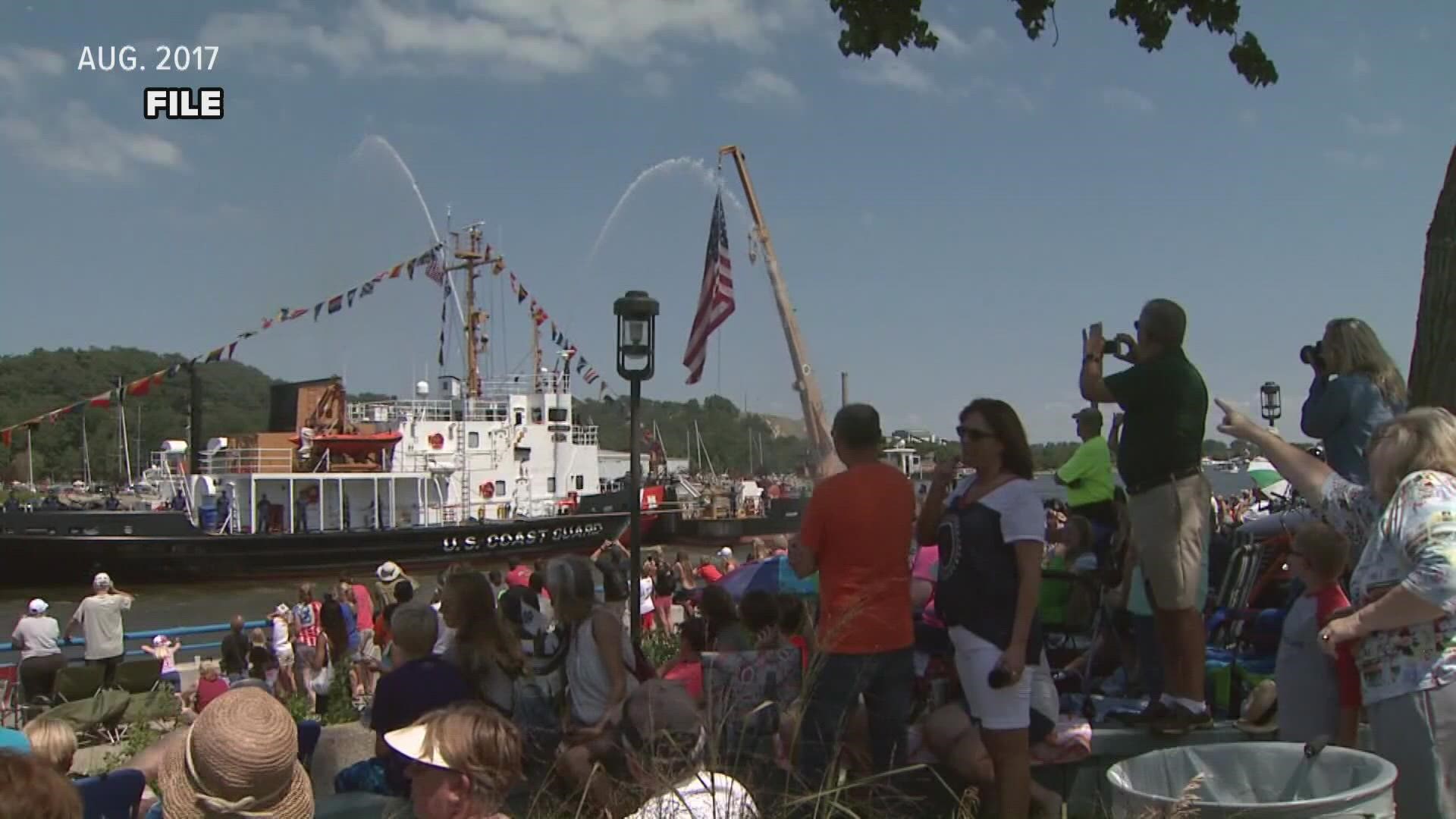 GRAND HAVEN, Mich. — The Coast Guard Festival returns to Grand Haven Friday. After getting canceled last year because of the pandemic, it’s back with some changes.

The event celebrates and honors members of the U.S. Coast Guard serving in West Michigan and around the country.

It also happens to have a big economic impact on the City of Grand Haven, and after taking a loss last year, guests are being welcomed back with open arms.

“Canceling last year was definitely a tough decision. It was the right decision for the community and everybody attending but it is so nice to be back," Annie Lengkeek, marketing director of Grand Haven Coast Guard Festival, said.

The event often generates millions of dollars in revenue for the region and provides a big boost to local small businesses.

Members of the board for the fest say last year’s cancellation caused hundred of thousands of dollars in lost profits but business owners still had a good summer.

“A lot of people still came, even though there wasn’t a festival, it’s an annual tradition for them. Because there wasn’t anything else to do they ended up shopping," Sharon Behm, co-owner, Borr’s, said.

Returning guests can expect some changes to the kid's parade and the water ball competition is canceled. The ships come in Monday and tours will begin Tuesday.

“As of right now they’re walking tours. You will be able to walk by them. You won’t be able to go on them," Lengkeek said.

The waterfront stadium is being fenced off where for the first time beer and wine will be served for the first five days of the festival.

“That app is going to be really great for navigating around the festival, buy tickets, just any information that you want to know about the festival you can go on our new app," Lengkeek said.

Plus, the carnival has been moved from Washington Street to Schnook Pier. While some business owners are happy about that new development, others are less enthused.

“For me, it’s very sad because I bought into the store knowing that I had the carnival in front of the store," Behm said.

With attendance sometimes reaching more than 350,000 people it’s going to be a busy week in Grand Haven but a welcome one.

“We love the coast guard festival and we look forward to it every year. We are so appreciative of our coasties," Behm said.

If you’re planning to come to the festival Saturday, Aug. 7, finding parking is always an issue. Be prepared and come early if possible.

There will be a shuttle running from Harbor Island to downtown Grand Haven that day only.