"We want to be the place that everybody wants to come and feel safe." 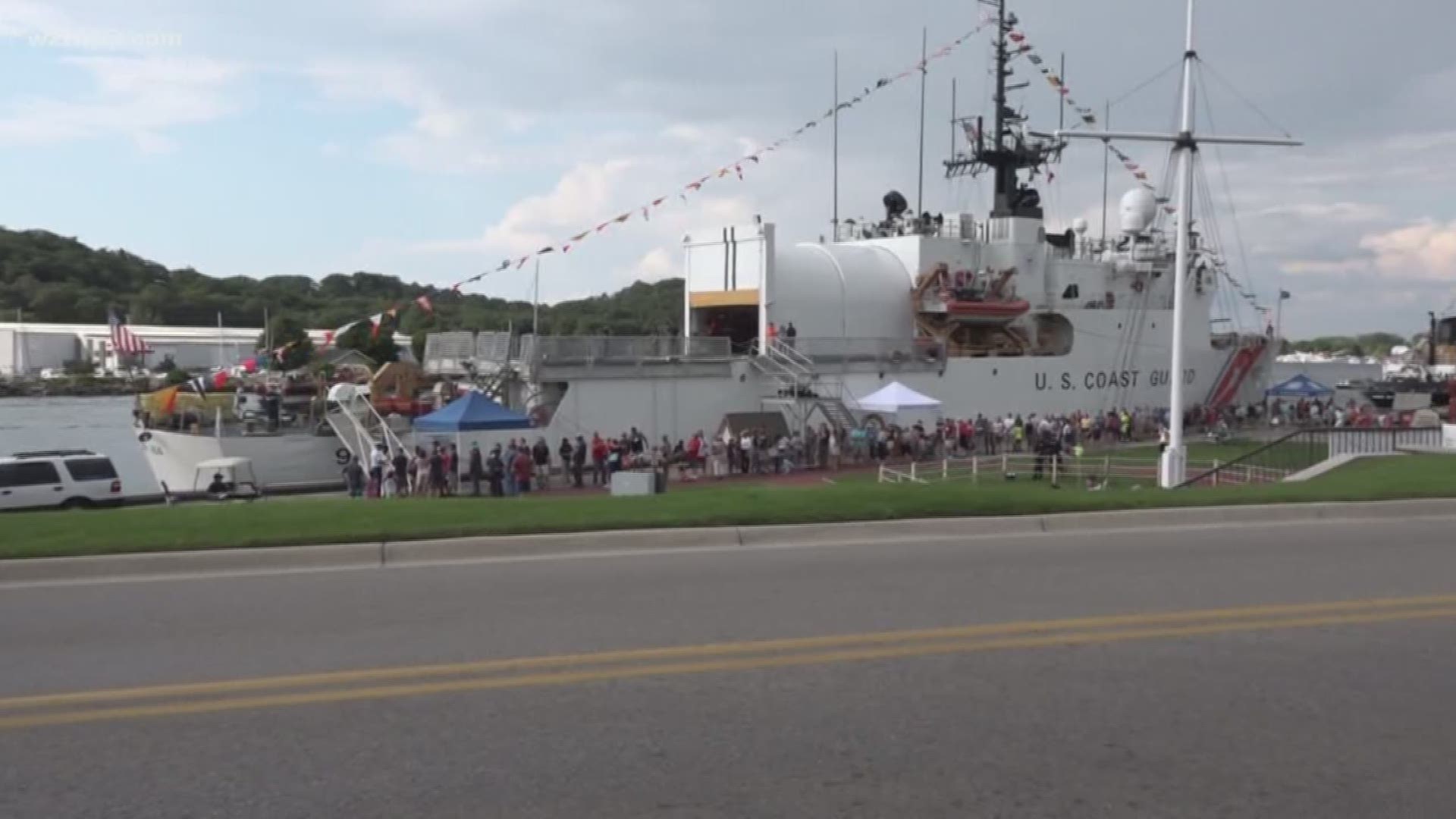 GRAND HAVEN, Mich. — Organizers estimate that about 350,000 people will attend the Grand Haven Coast Guard Festival in 2019. Due to a rise in attendance over the past years, the event will see a few changes during its 98th celebration.

The number of allowed vendors for the festival has been cut from 21 to 15, and the marina parking lot that was previously used to host them will act as an access point for entertainment on the waterfront.

"We have a vendors row that will be more contained...They'll be in trucks and or trailers, no open fires, no random tents," Executive Director Commander Michael J. Smith explained.

Smith said limiting the number of vendors and containing them to one area will maximize space and make more more diverse vendor options.

"A variety of meals. We like Mexican food, Asian cuisine, we like all-American beef...People expect to come have elephant ears, and that's a great thing, but you don't need five vendors in a row who only offer that," he said.

In addition to cutting vendors, carnival hours will be cut as well. Smith says the carnival will continue to be kid-friendly, but will close around 11 p.m. and 12 p.m. On the last Saturday of the festival, the carnival will shut down directly after the fireworks show.

The festival will also see some upgrades to bathroom policies. Smith shared that some of the facilities received updates and the portable bathrooms will be dispersed into key areas to better accommodate attendees and local businesses.

"We're trying to get our folks to use those and not be running in and out of the restaurants and the stores looking for a bathroom who are not customers," he explained.

Smith said his hope is to change the tone of the festival and bring more attention to its core mission, rather than the "loudness" of a festival.

"We don't need to be louder...bigger is just bigger," he said. "We welcome everyone that comes to respect the men and women of the Coast Guard. What we don't want is people that are coming looking for other things to do or cause trouble. We want to be the place that everybody wants to come and feel safe."