Work on Grand Haven's south pier is nearly complete. After two years, concrete week should wrap up in September. 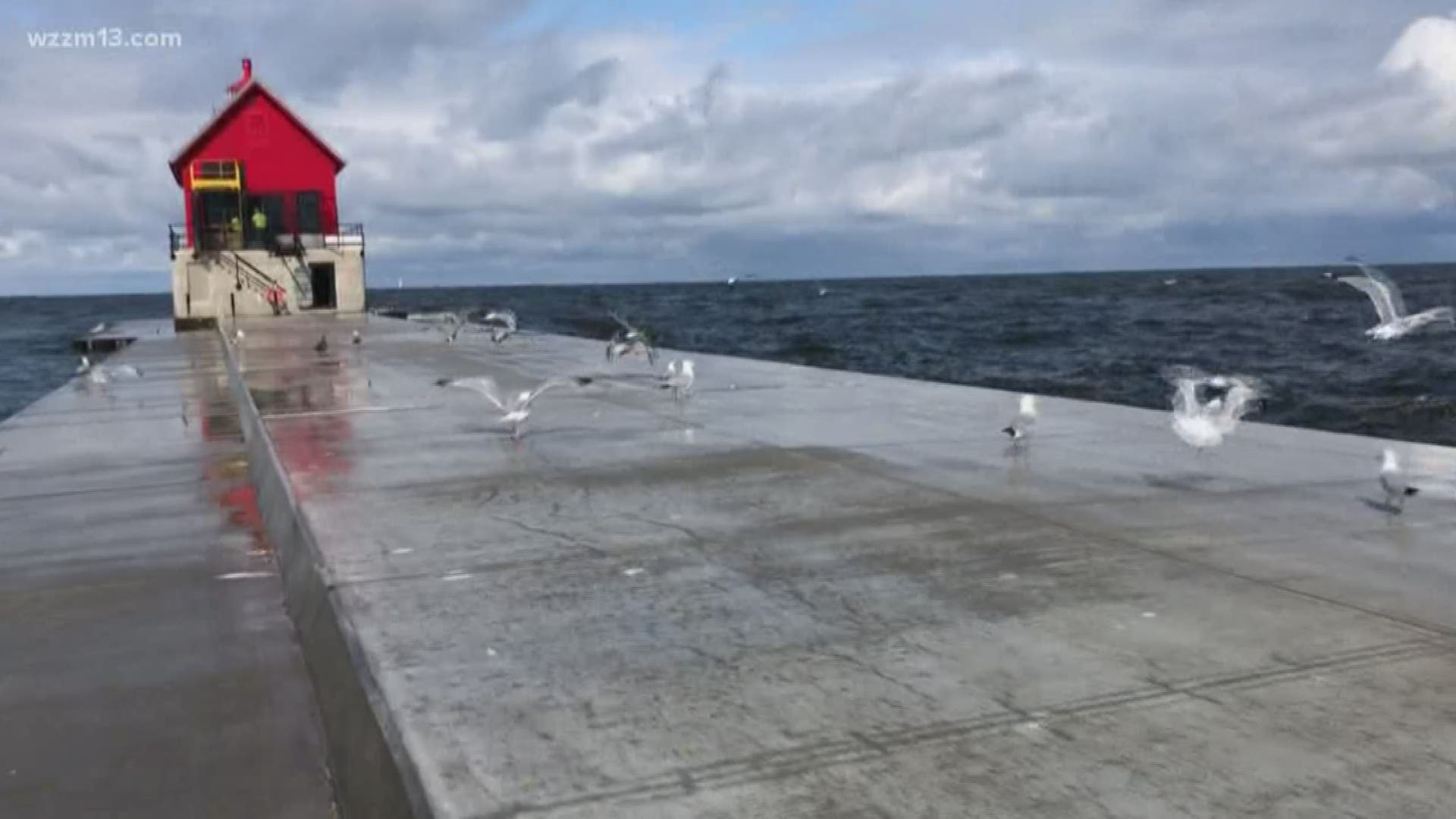 GRAND HAVEN, Mich. — One of West Michigan's most photographed locations is almost done with its face lift.

Work on Grand Haven's south pier began nearly two years ago, but the US Army Corps of Engineers plan on having concrete work complete by September.

The south pier is roughly 1,600 linear feet and is a favorite of visitors who walk the length of it for breathtaking views of Lake Michigan.

Most of the pier is now open to the public for the Coast Guard Festival, but engineers warn visitors to be wary of high water levels and overtopping waves that are making the smooth new surface especially slippery.

Once the concrete work is done this year, the iconic catwalk is set to be re-installed in the spring of 2019.

A fundraising campaign called “Save the Catwalk” raised enough money to not only renovate the structure, but there's enough left over to create an endowment for ongoing maintenance.