“It was really hard," Ryan Alarcon said. "A lot of ups and downs, really emotional. But it made me who I am today.” 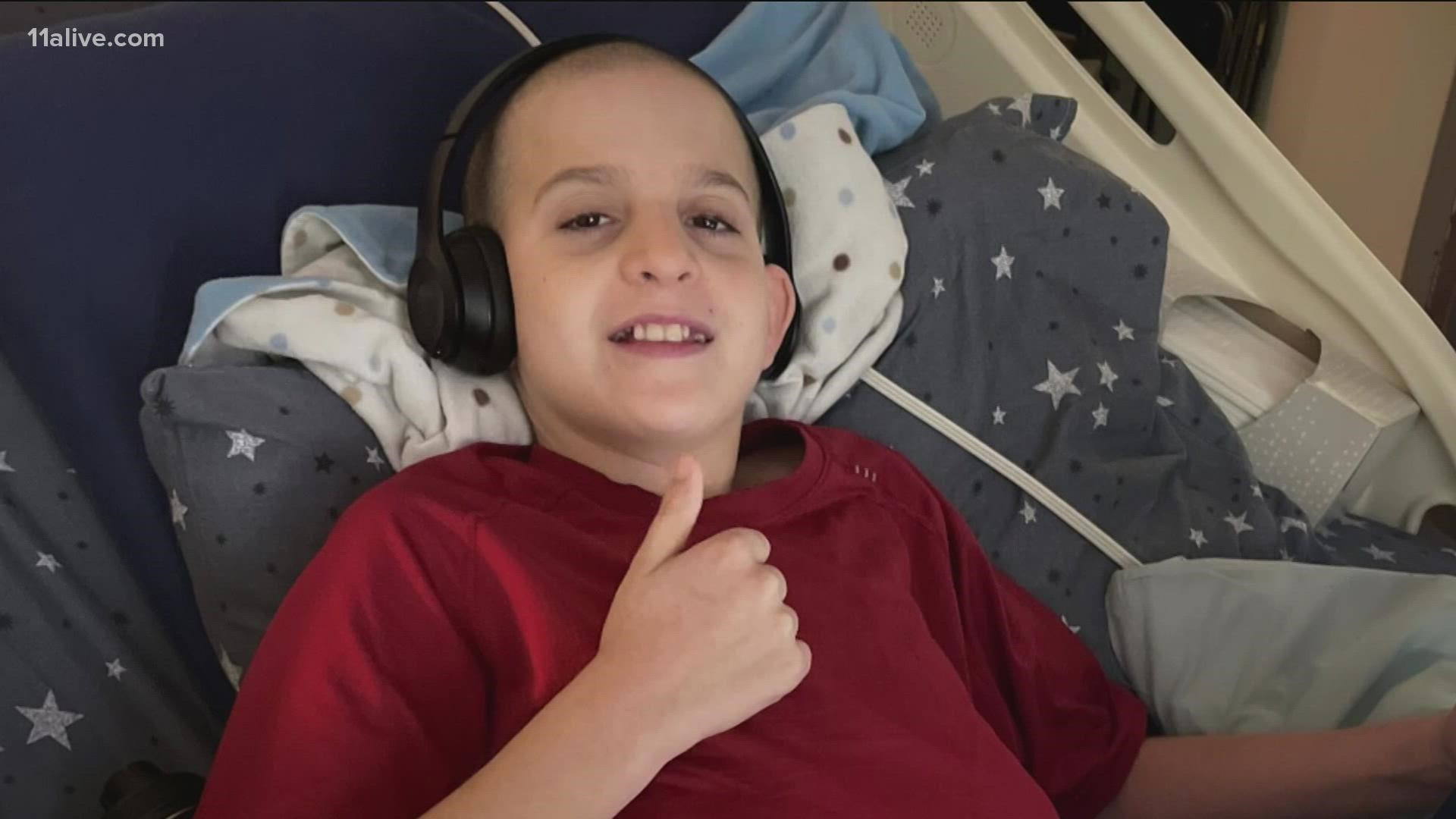 ATLANTA — Most people are lucky to survive cancer once, but 14-year-old Ryan Alarcon has beaten it three times.

“He was diagnosed for the first time when he was three with acute myeloid leukemia," explained his mom, Christy. “He relapsed in 2016, and then he relapsed again in 2020."

Ryan's taken each hurdle with stride and remains a quick-witted kid with a take no prisoners attitude.

"I use dark humor. It’s a coping mechanism,” he quipped while teasing his mother about losing to him in a game of Uno.

Christy has been following her son's lead for years.

“These cancer kids are just special, special beings," she said. "To be able to watch what they go through and then for them to still have the attitude that they do, it's almost unbelievable.”

After the first few emergency hospital visits, Christy and Ryan quickly realized how important it was to have a "go-bag."

“There were times when Ryan was really sick, and the rushing to the emergency room was like a rush," Christy said. "You really only had time to grab your bag and keys; you couldn't even think about anything else.”

After so many nights spent in the hospital with no toiletries or fresh clothes, they came up with a solution.

“We started to figure out that if you have a go-bag that is just like a pair of clothes, some towels, a charger, all the basic stuff, just have that ready if you get admitted, it makes it easier," Ryan explained. "I would always have my own pillowcase. I would have blankets that were mine. I would always have sheets that were mine; everything was mine. It made me feel more comfortable than I would have."

Now, the 14-year-old who kicked cancer’s butt three times is going back in the ring to help the next kid up.

Both Ryan and Christy launched “Got Your Back-Pack," where they raise money to put together similar bags for other families.

"I've always, always wanted to pay it forward," Christy said. "I've always said when this is over; I'm going to do something. And what I realized is that with childhood cancer, it's never really over. And so I just said, you know what? Forget it. We're just doing it."

Ryan was immediately, and eagerly, all in.

“We have fidget toys, and then obviously all the necessities like toothbrush, toothpaste, body wash, everything, and then an extra set of clothes," he explained, detailing the bag's contents.

On September 10, Wild Heaven Brewing will be tapping a special beer Ryan helped create. All proceeds sold at the West End location that day will benefit the Got Your Back-Pack project.

You can also access the project's Amazon wishlist here.