Curtis Oosterhart wants kids at Helen DeVos Children's Hospital to have something to comfort them like he did during his major surgery earlier this year.

GRAND RAPIDS, Mich. — If you didn't know his backstory, you'd never know Curtis Oosterhart was just months separated from heart surgery. The Muskegon County 8 year old was born with an abnormal heart valve. His operation was in January.

And yet, Friday afternoon was all smiles and laughs for Curtis as he caught up with some of his old friends, child life specialists from Helen DeVos Children's Hospital. One in particular, named Spencer, has proven to be a best buddy for Curtis.

"So what are you doing, Spence," Curtis joked with him as the two were pushed around on a cart that Curtis dubbed "the whale cart" because "it's huge."

Back when times weren't as happy for Curtis, he found comfort in a blanket that he won during a game of bingo at the hospital. It wasn't the prize he had initially hoped for, but he soon learned that the blanket was special.

"When I felt lonely at night, I could just snuggle my blanket and whenever I was cold it would keep me warm," he said.

That's when his dad Dale came up with a plan.

"He just loved it. It was comfortable. It was soft, much more so than the plain old hospital blankets that we all know. It was just like a lightbulb went off in my head. You know, why can't every kid have one of these blankets?"

The family started a donation drive, collecting 251 blankets and 349 toys. More than 100 of the blankets came from Project Linus, but many of the other donations came from every day members of the community.

"Thank you so much to our family, friends, church, school, cub scout pack, Fruitport and neighboring communities. You have all been amazing. Your donations have been so generous," said Curtis's mother Jamie.

The donations were delivered to the hospital and brought in by child life specialists, who work to lift the spirits of children  while they're sick. They say it's a gift for them to be able to see kids like Curtis who have been released from the hospital and are in good health. It's an added bonus when those kids then decide to help other children.

"They know exactly what they’re going through and exactly what they would want in that moment. It never gets old," said Nicole Cook who serves as a senior foundation specialist for the Helen DeVos Children's Hospital Foundation.

Helen DeVos Children's Hospital has a wish list including some items that will lift the spirits of children and staff. Jamie says the Oosterharts are happy to pay it forward.

"How do show gratitude to people who saved your child’s life," she said, wiping a tear from her eye. Overcome with emotion, her voice cracked. "This is one way we wanted to do that." 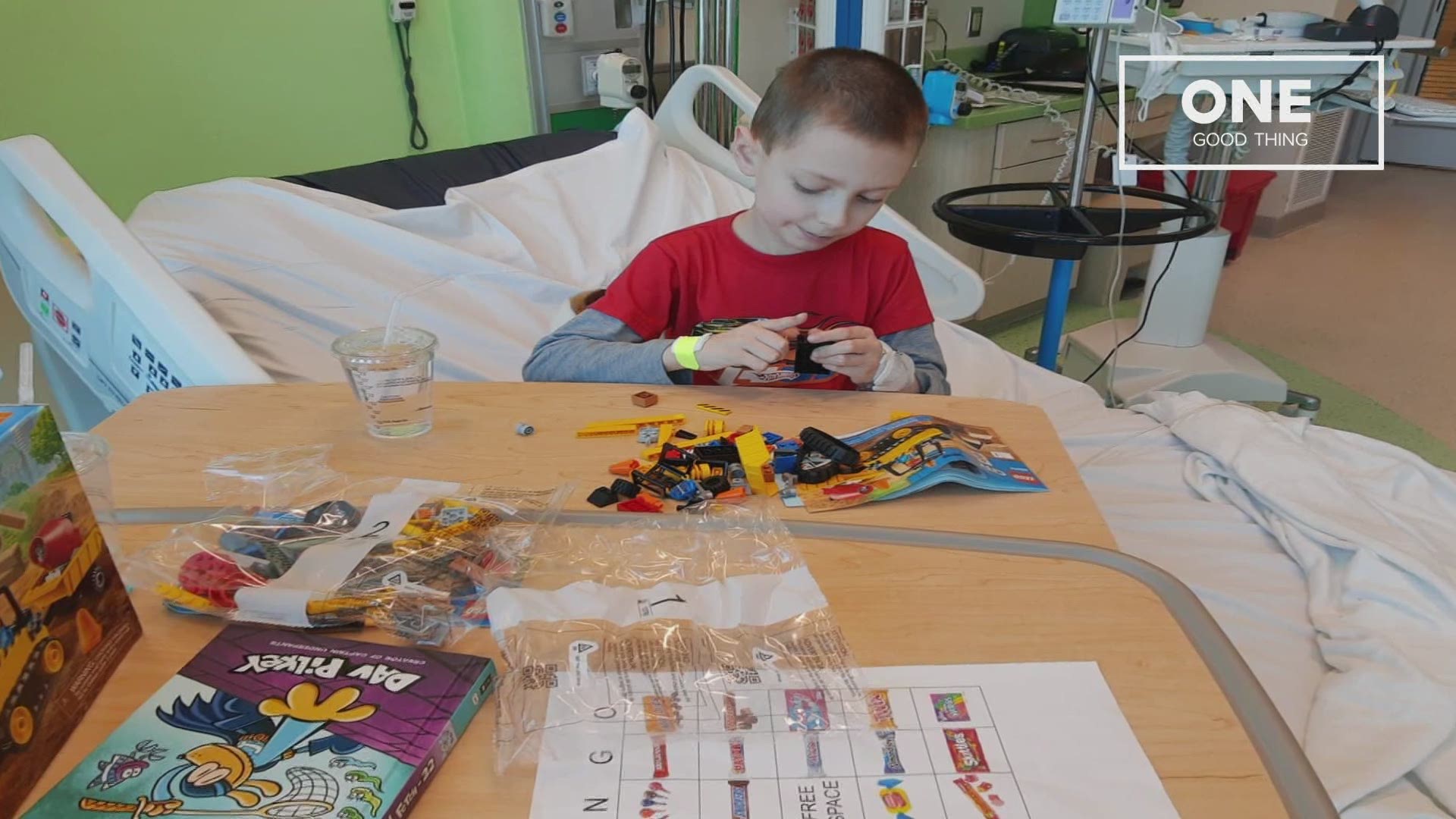