"Wrong is wrong and right is right, regardless of what position you hold," said Javier Ambler's sister, Kimberly Ambler-Jones. 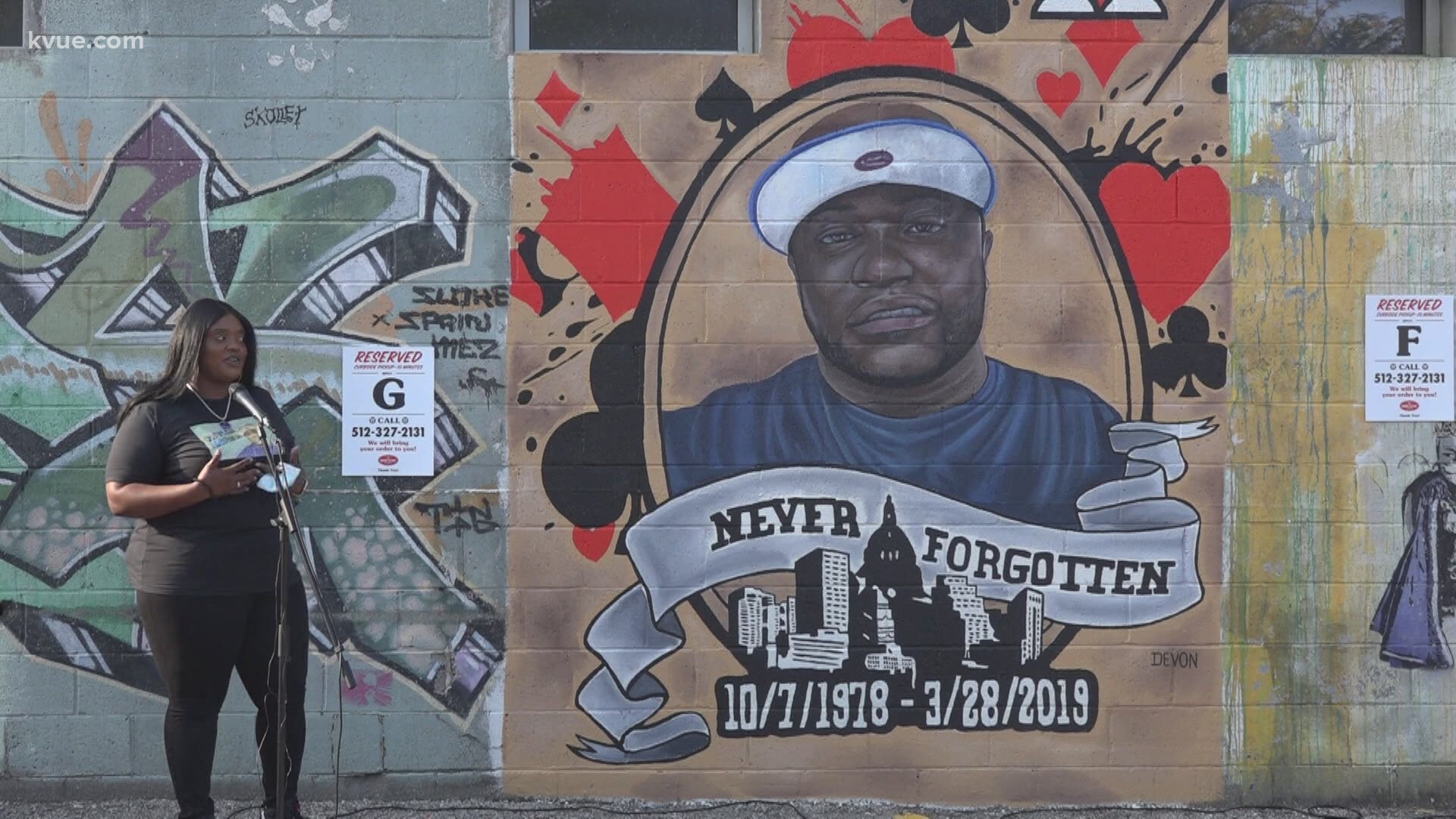 AUSTIN, Texas — On Saturday morning, a small group of Javier Ambler's family and friends gathered at Home Slice Pizza to unveil a memorial mural for Ambler.

"They can come and just be in awe and be in his presence," said Ambler's sister, Kimberly Ambler-Jones. "If you look at those eyes you can see his soul."

The mural was unveiled just three days after what would have been Ambler's 42nd birthday.

"We would go hang out at The Domain; we'd go hang out downtown, go out to eat – we just like doing fun things," explained Ambler-Jones.

It's a celebration Ambler-Jones can no longer have with her only brother. Ambler died in police custody last year, after he told Williamson county deputies he had a heart condition and couldn't breathe.

Last month, Williamson County Sheriff Robert Chody was indicted on a felony evidence-tampering charge stemming from the destruction of the video in Ambler's death. According to court documents, Chody is accused of destroying video recordings and audio recordings in the investigation into Ambler's death "with the intent to impair their availability as evidence in the investigation."

"When I saw his mugshot, he came in his suit and he was smiling," said Ambler-Jones. "To me, that just showed what he thought about my brother."

"Wrong is wrong and right is right, regardless of what position you hold," said Ambler-Jones. "I need people to understand that we need people that have integrity as leaders. You can't be a leader if you lack integrity."

Ambler-Jones said while she wants those involved in her brother's death held accountable, justice in her eyes is bigger than that.

"We're tired of seeing justice for this person, justice for that person," said Ambler-Jones. "Justice for me is to make sure this doesn't happen [anymore]."

Ambler-Jones remembered her brother as loving and kind and urged others to live the same.

The event was organized by Justice for Javier Ambler, which says it has fought for answers and accountability from the Williamson County Sheriff's Office after Ambler was killed in custody last year.

HAPPENING NOW: The unveiling of the mural of Javier Ambler. It’s on the side of Home Slice Pizza on S.Congress.

This comes a little over a week after the indictment of Williamson County Sheriff Robert Chody on charges of destruction of evidence related to Ambler’s death. @kvue pic.twitter.com/KnLXqHBG34